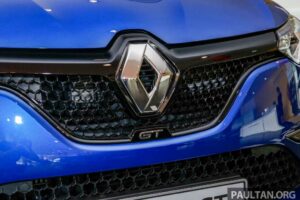 Renault has been charged by French investigators for deceiving on vehicle emissions in light of the Dieselgate emissions scandal that came to light in 2015, the company has revealed.

“Renault denies having committed any offence and reminds that its vehicles are not equipped with any rigging software for pollution control devices. Renault has always complied with French and European regulations, [and its] vehicles have always been type-approved in accordance with applicable laws and regulations,” the automaker said.

The charges levelled against Renault arose from an investigation that was opened in 2017, shortly after Volkswagen had settled its own criminal and civil cases in the United States with the outcome of the German automaker pleading guilty to conspiracy to defraud the government and obstruction of justice, reported Bloomberg.

“Renault deceived no one. What we know from the Volkswagen case is not at all the same for Renault. We don’t have defeat devices in our cars and never had them,” said Renault head of engineering Gilles Le Borgne in the news report.

The accusations that Renault used a device in its vehicles to detect that it was being tested for emissions is “erroneous and incomprehensible,” Le Borgne said, who joined Renault last year from the PSA Group, Bloomberg reported. The vehicles referred to in the probe were from 2099 to 2011, and from 2013 to 2017, although the full scope of the investigation is stll be defined, he said.

At the beginning of the Dieselgate emissions scandal in 2015, Renault was accused by a German environmental lobby group of having excess NOx emissions of up to 25 times more than was permitted from the Espace under Euro 6 stipulations, which Renault has disputed.

In addition to Renault, French investigators have been looking into Volkswagen, PSA Group and Fiat Chrysler, the latter two having merged to form Stellantis, reports Bloomberg. In France, investigative magistrates can charge companies or individuals when “serious and consistent” clues indicate likely involvement. The magistrates can then decide whether or not to refer a case to trial, but they aren’t involved after that stage, the report added.