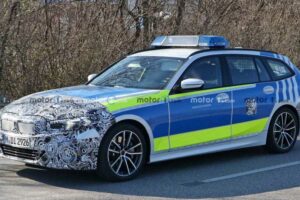 While we know BMW has a refresh for the 3 Series lineup on the way, these shots offer an odd way to see the updated model. Here’s how the revised wagon looks in the German police livery.

Other than the blue, white, and neon green color scheme, this updated model looks generally the same as the other revised 3 Series examples we are seeing. There’s a tweaked front fascia and slight tweaks to the headlights. While BMW covers it in lots of camouflage, the adjustments to the rear are very minor to the point of almost being unnoticeable. 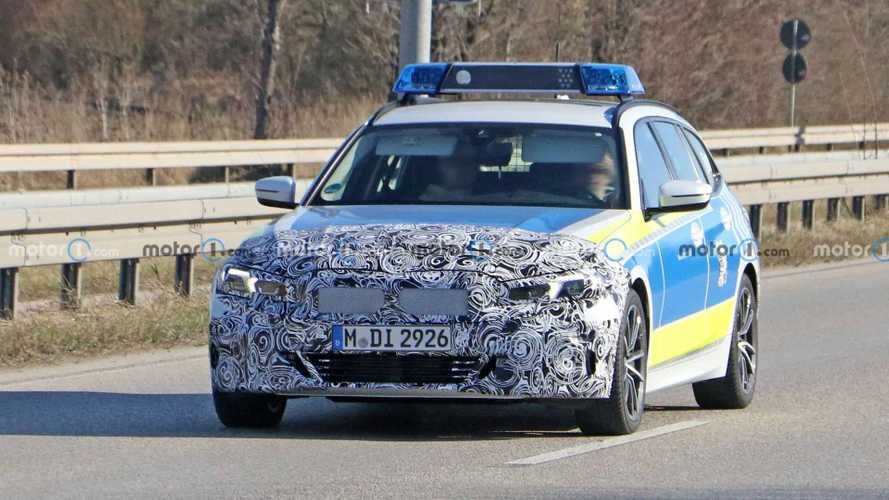 Our spies believe BMW is testing the police car to evaluate the updated model for service duty. Officers carry lots of heavy gear that can require tweaks to the suspension to handle frequent driving with the extra weight.

If you want a good idea of what the updated 3 Series looks like, then the recently launched, fully electric i3 for China is a good guide. The model has some of the tweaks we are seeing for the refreshed model.

It’s not yet clear when BMW intends to give the refreshed 3 Series a full debut. We are expecting the reveal to be fairly soon, though. Spy shots indicate the sedan, wagon, and the respective Alpina variants all have tweaks on the way.

The updated range will include the long-awaited M3 Touring that will debut sometime in 2022. It will feature a twin-turbocharged 3.0-liter straight-six engine making 503 hp (375 kW) and 479 lb-ft (650 Nm) of torque. The powerplant connects to an eight-speed automatic gearbox and xDrive all-wheel drive. There are no plans to offer a manual. The result is all the capability of the sporty model with the extra storage capacity of a wagon.