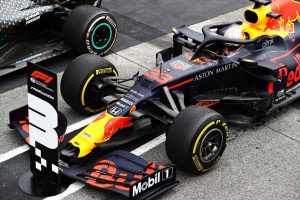 Honda’s planned exit from Formula 1 left Red Bull Racing with a bit of problem, as the racing team would be left without an engine supplier after the 2021 season. However, that’s no longer an issue, with the team announcing an agreement to continue using Honda F1 power units from the beginning of the 2022 season through to the end of 2024

A new company called Red Bull Powertrains has also been formed to take over Honda’s F1 engine project, which will operate from the team’s base on the Red Bull Technology Campus in Milton Keynes. With this development, both Red Bull Racing and sister team Scuderia AlphaTauri will be assured of Honda power for the foreseeable future.

“This agreement represents a significant step for Red Bull in its F1 journey. We were understandably disappointed when Honda made the decision to leave the sport as an engine manufacturer, as our relationship yielded immediate success, but we are grateful for their support in facilitating this new agreement,” said Christian Horner, team principal of Red Bull Racing. “Honda has invested significantly in hybrid technology to ensure the supply of competitive power units to both teams. We now begin the work of bringing the power unit division in-house and integrating the new facilities and personnel into our Technology Campus. In the meantime, we are fully focused on achieving the best possible results in what will be Honda’s final season as an official power unit supplier,” he added.

The announcement comes after F1 teams unanimously agreed last week to bring forward plans to enforce an engine development freeze from 2022. Red Bull Racing pushed for the proposal as it lacked the resources to keep pace with other engine suppliers in terms of development. Sourcing power units from Mercedes and Ferrari was also not possible as both are at full capacity, while the relationship with Renault wasn’t very encouraging.

As it stands, the engine development freeze will remain in place until 2025, following which a new engine format will be introduced. There are no details just yet, although key objectives include environmental sustainability and social and automotive relevance; fully sustainable fuel, creating a powerful and emotive power unit, significant cost reduction and attractiveness to new power unit manufacturers.