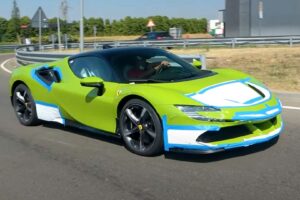 When you think about Ferrari sports cars and supercars, red or rosso will always be on top of your mind. On the other hand, green will most probably be the last paint color you can imagine a Prancing Horse to wear.

But here we are with a footage, courtesy of YouTube’s Varryx, of a Ferrari SF90 Stradale spotted in Italy, wearing a very light green. The shade of green here looks almost like a Lamborghini, specifically the Verde Scandal paint color that the Aventador SVJ Roadster was wearing when we drove it in 2019.

That’s not to say that the SF90 Stradale can’t come in green, though, but the only green option for you right out of the configurator would be in Verde British.

If we’re to guess, this green Ferrari we’re seeing could be a one-off creation from Ferrari’s Tailor Made program, which allows its wealthy buyers to personalize their prized vehicle in any way they want. We don’t have the exact figures as to how expensive this personalization was (we never tried it before), but if we’re to take the video uploader’s word, it would be around $30,000 to $80,000.

Just a reminder – the SF90 Stradale is the most powerful road-legal Ferrari right now. With three electric motors working in conjunction with a twin-turbocharged V8 engine, the Scuderia Ferrari 90th Anniversary makes a total output of 986 horsepower (735 kilowatts) and 590 pound-feet (800 Newton-metes) of torque.

These numbers allow the SF90 Stradale to hit 62 miles per hour (100 kilometers per hour) in 2.5 seconds from a complete standstill, tapping out at 211 mph (340 kph). That said, it’s not surprising that it set a new lap record at Indianapolis back in July. 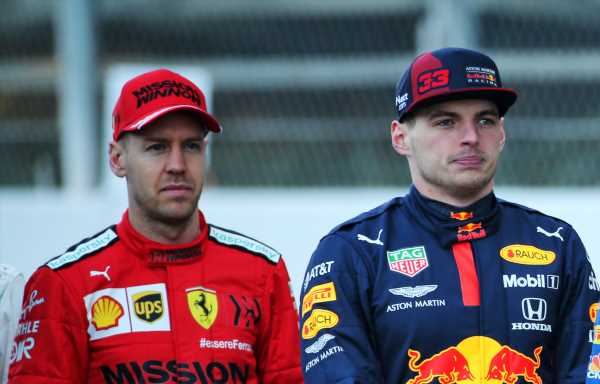