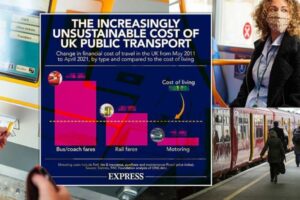 Grant Shapps grilled by Stayt over safety of public transport

Data from the RAC Foundation has revealed public transport costs have risen by over 75 percent over the last ten years. This means families and those on low incomes are forced to pay elevated costs to travel into work or to visit friends and family.

Data from the RAC Foundation found bus and coach fares had increased by a total of 75.3 percent between May 2011 and April 2021.

Rail tickets were up a massive 36.3 percent, more than the average cost of living which is up by 28 percent over the decade.

However, average motoring costs such as fuel, tax, insurance and maintenance costs have risen by just 9.1 percent. 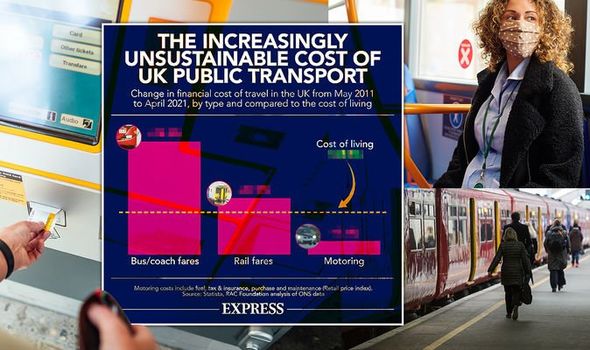 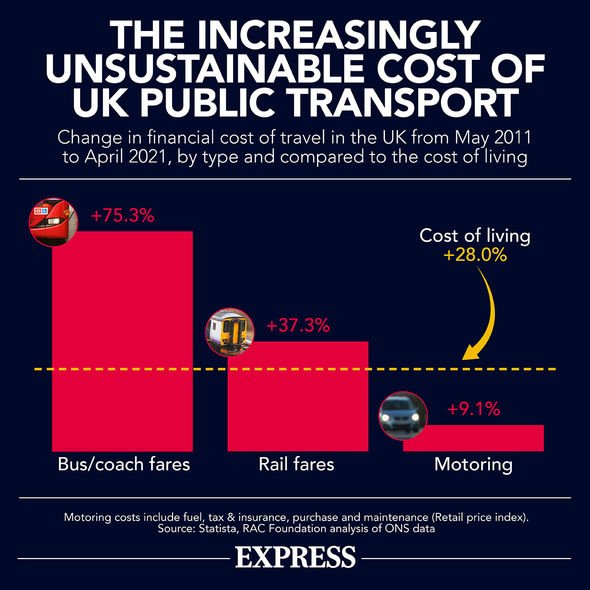 “For example, using a car or any vehicle to see friends and family is seen as quick and reliable while its usefulness for carrying people, shopping and other items.

“This is in stark contrast to public transport, which is seen as inconvenient, indirect and expensive.

“In order to encourage people out of their vehicles, policymakers have to provide a reliable, cost-effective and convenient alternative whether that’s for longer inter-city trips or for shorter, local journeys.”

The data from RAC Foundation shows bus and coach fares have soared over the past 12 months.

In June 2020, rates were just 44 percent higher than April 2011 but this has jumped as a result of the pandemic.

The new graph shows motoring costs were lower than 2011 rates around five years ago but steadily increased from 2017.

However, the RAC Foundation graph shows motoring costs are now at their highest level of the past decade.

He said: “If we want people to use their cars less, we have to provide a suitable alternative.

“I continue to be a passionate believer that the only way to tackle congestion and gridlock on our roads is to transform public transport.” 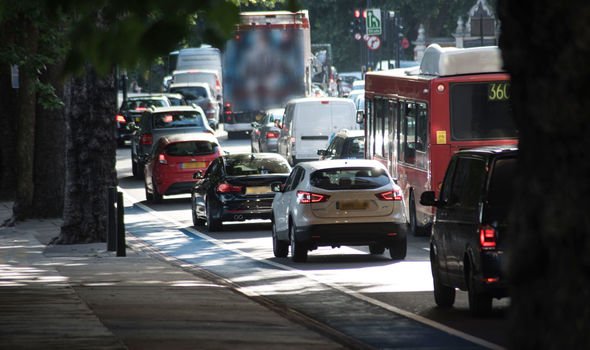 The AA has also attacked the new Birmingham tax and backed a new approach to encourage drivers to switch to electric cars.

This includes a rapid expansion of Park and Ride facilities on the outskirts of cities and major towns.

The AA has also urged the Government to “significantly improve” incentives for the sale of electric cars.