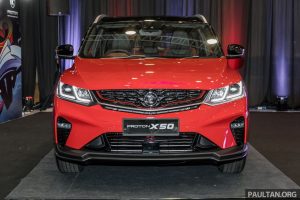 News surrounding Proton’s new B-segment crossover is swirling pretty quickly these days. Having teased the car in a Merdeka ad, the national carmaker revealed it in full on Saturday, a few days shy of Malaysia Day. Now, the company is giving us members of the media our first look at this crucial new vehicle, ahead of its official launch. And yes, just as we’ve all expected, it will be called the Proton X50!

Proton has also announced that the order books will open starting tomorrow on Malaysia Day, September 16, with a booking fee of RM500. No pricing information has been released so far, but we do know that the lineup – which will be CKD locally-assembled from launch – will consist of four variants, including Standard, Executive and Premium; the cars you see here are of the range-topping model, aptly called the Flagship.

The car itself is as we’ve expected from the start. The X50 is a near note-for-note recreation of the Geely Binyue, or the Coolray as it’s known in other markets (it even shares the same SX11 codename). Let’s quickly run through the changes that Proton has made – the “expanding cosmos” grille has been replaced by a gloss black “Infinite Weave”, and there’s now the Proton roundel on the grille, wheels and everywhere else. Oh, and there’s the Proton script on the tailgate chrome garnish and on the headlights – a neat touch.

Otherwise, it’s identical – which isn’t a bad thing, given that the Binyue is a handsome car on its own. The grille is flanked by sharp headlights, tied together by a large, sculpted chrome trim piece that somehow doesn’t look overwrought. Interestingly, the secondary trim lining the grille has a little divot in the centre like on the X70, making it ever so slightly different from the Geely. The Chinese brand’s pronounced front fenders are to be found here again, this time flowing into a shoulder line that doesn’t look quite as derivative of the Range Rover Evoque as on the X70. Just like its bigger sibling, the window line kinks upwards towards the rear, where you’ll find a glazed D-pillar that gives the X50 the all-important floating roof look.

Rounding off the stylish design is the pert rump, which sports slim tail lights with triple light guides, tied together by the aforementioned chrome garnish. On top of that, all models will also be fitted with almost the entire Sport look found on the Binyue/Coolray in other markets.

The kit consists of a more aggressive front bumper with a larger centre air intake and slimmer corner inlets, plus red grille trim, a more ornate side skirt design, lots of faux carbon fibre trim and a large rear diffuser. The latter hides a very sporty quadruplet of chrome exhaust tips, which are actually connected to the tailpipes that sprout out from the central muffler. Take that, Mercedes-Benz.

However, we won’t be getting the Geely’s fake carbon fibre door mirrors nor the massive rear wing – apparently, Proton thinks they’re overkill, even in our bodykit-obsessed market. The spoiler we’ll receive is still large and has twin slots.

At launch, there will be six colour options to choose from, including Snow White, Armour Silver, Jet Grey, Ocean Blue, Citric Orange and Passion Red. Buyers of the Flagship model will receive a two-tone paint scheme, and they’ll be pleased to know that – unlike the X70 – the X50 has been designed for a black roof from the get-go, with the shutlines to match.

As on the outside, the interior sets new standards for the class in terms of design. The futuristic dashboard features a “stitched” upper panel, lashings of metal-look trim, a tall centre console “bridge” with a Porsche-like passenger grab handle, and even some jet fighter-inspired air vents at the corners. Underneath the centre console is a large storage space with a USB port and a 12-volt socket.

To amp up the visual drama further still, Premium and Flagship variants are kitted with a full red-and-black colour scheme, which finds its way not only on the seats but also on the dashboard and door cards. The upper parts of the dash and front door panels are made from soft-touch materials. In terms of technology, Premium and Flagship models get a 10.25-inch widescreen infotainment touchscreen (other models receive an eight-inch touchscreen) and a seven-inch digital instrument display. Running these screens is the latest version of the Geely Key User Interface, GKUI 19, which is said to be more responsive – it has an E01 64-bit quad-core processor and a dedicated graphics processing unit (GPU).

The interface has also been revised, with cleaner tiles and permanent menu, back and home buttons (that last button is in the middle and features the Proton logo). The “Hi Proton” voice control system is present and correct, of course, as are the navigation and weather apps and the Joox music streaming service.

The navigation system, by the way, now uses Here Maps instead of Baidu Maps. There’s still no Apple CarPlay or Android Auto to be found, but there is a QDLink smartphone mirroring function that is said to be compatible with iOS and Android devices (the X70’s MirrorLink only worked with Android phones).

Standard and Executive variants get 4G connectivity through an eSIM in the head unit, while the eSIM in the Premium and Flagship models is built into the telematics box. The latter enables an extended range of “Hi Proton” controls such as window and climate control operation, just like on the X70.

And just like the X70, Premium and Flagship models can be controlled remotely through the Proton Link app. The functionality of the app has been expanded to include the standard-fit dual-zone automatic climate control, with users able to set the temperature and duration of the system’s operation. You will also be able to start your car remotely for a maximum of ten minutes before the engine turns itself back off.

With the engine switched on this way, you can simply jump into the car with the key and drive off without having to press the engine start button. Speaking of which, keyless entry and push-button start are fitted as standard, as is a new Honda Civic-style remote engine start function on the keyfob.

Proton has yet to reveal the full list of standard equipment, but the Standard variant will be fitted with 17-inch alloy wheels, full-LED headlights, fabric upholstery and a reverse camera. The Executive adds automatic headlights, LED fog lights, a leather-wrapped steering wheel and faux leather upholstery.

Stepping up to the Premium model nets you the sharp-looking 18-inch alloy wheels and red brake callipers you see here, together with a six-way power-adjustable driver’s seat, a 360-degree camera system, a tyre pressure monitoring system and the upgraded infotainment system. Finally, the Flagship throws in a panoramic glass sunroof.

One change for the local market is the addition of twin rear air vents, along with two USB ports instead of just one on the Binyue. What we won’t get are paddle shifters, reclining rear seats or a powered tailgate – evidently, Proton wants to save those features for the X70.

On the safety front, the X50 comes as standard with four airbags, ABS with EBD and brake assist, stability control, hill start assist, hill descent control and rear ISOFIX child seat anchors. The Executive model gets six airbags, but the one you’ll really want is the Flagship, which gets Level 2 semi-autonomous driving features.

The list of driver assists include autonomous emergency braking with pedestrian detection, adaptive cruise control with stop and go, lane centring assist, lane keeping assist, auto high beam and blind spot monitoring with a door opening warning. There’s even a parking assist system that enables autonomous parallel and perpendicular parking manoeuvres. This is a big upgrade over even the most expensive X70 Premium.

Technical details have yet to be released, but Proton confirms that the Flagship will be powered by the 1.5 litre turbocharged and direct-injected three-cylinder petrol engine, co-developed by Geely and Volvo. This 1.5 TGDi mill should make the same outputs as in other markets – 177 PS at 5,500 rpm and 255 Nm of torque from 1,500 to 4,000 rpm – and should also get from zero to 100 km/h in the same 7.9 seconds. Unique to Malaysia is a port-injected version of the three-pot engine in the other variants. This is its first application globally and outputs are rated at around 150 PS and 226 Nm. Whichever model you pick, drive is sent exclusively to the front wheels through the X70’s seven-speed wet dual-clutch transmission, also developed in conjunction with Volvo.

The X50 is built on Geely’s B-segment Modular Architecture (BMA) and as such features MacPherson strut suspension at the front and a torsion beam at the rear. Proton claims that the car features a total of 406 unique parts compared to the Binyue, as a result of the switch to right-hand drive. The company says it is capable of delivering 8,000 units this year, which will be exempted from the sales and service tax (SST).

Buyers will be advised on their car’s date of delivery and whether or not it will be tax-free – deliveries made after December 31 will be levied the full 10% SST. So, without further ado, let’s get into the spec breakdown between the four variants.

So, what do you think of the Proton X50 – will it be competitive against its competitors and similarly-priced B-segment sedan rivals, and are you planning to buy one? Sound off in the comments after the jump. 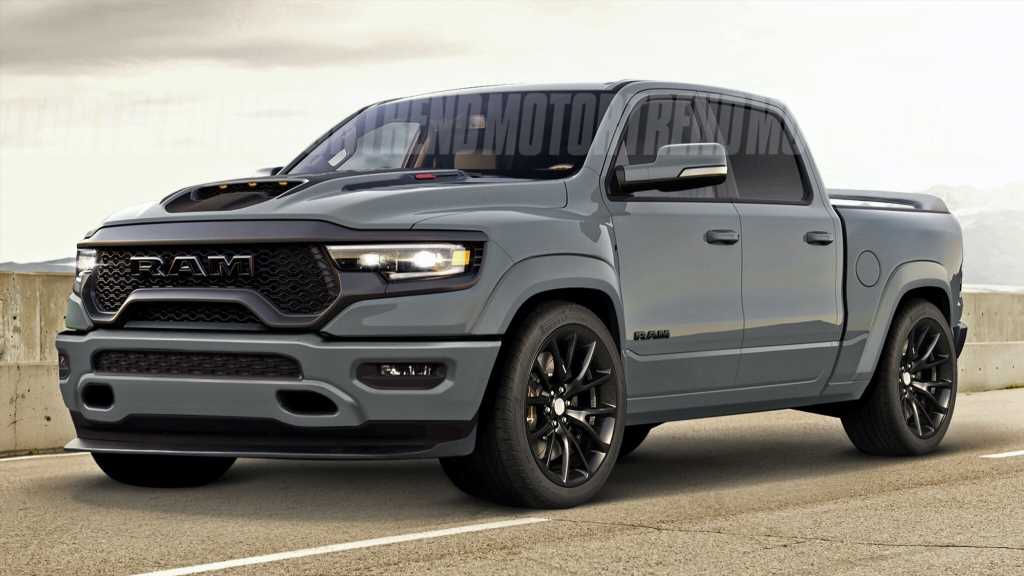 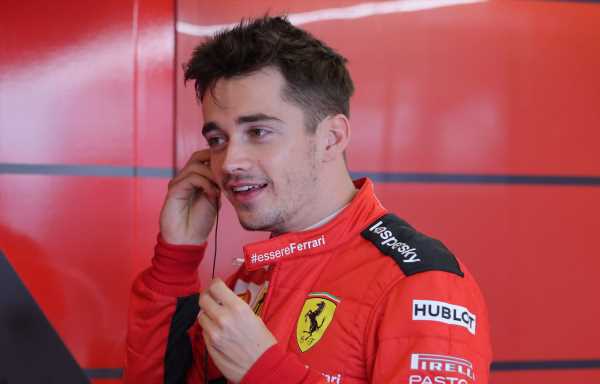 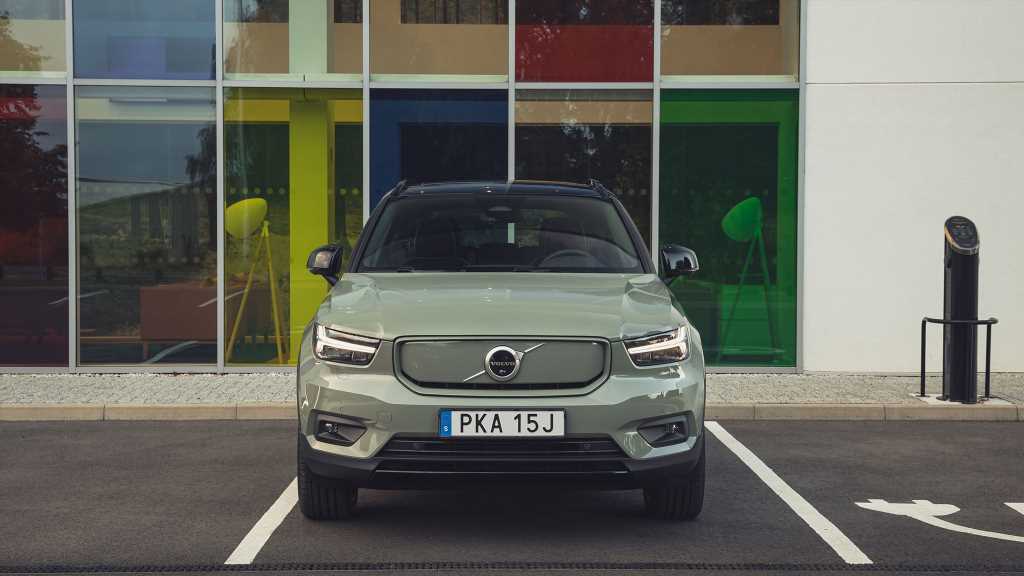