Proton resumes exports to South Africa – first batch of X50, X70 and Saga is the first shipment since 2012 – paultan.org 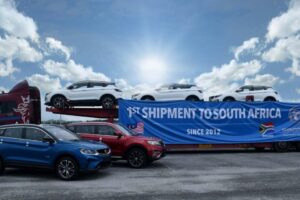 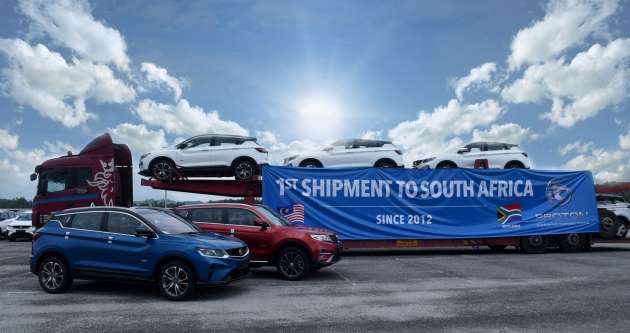 Proton has resumed exports to South Africa. The first batch of Proton X50, Proton X70 and Proton Saga cars set sail last Friday (May 27) from Westport and is expected to arrive in Durban in July. This is the first shipment of Proton cars to South Africa since 2012, and it follows the appointment of CMH Group as the local distributor in April.

“This shipment marks another significant milestone achieved by Proton this year. South Africa is a matured and competitive market, but we are confident the X50, X70 and Saga have the right combination of features and value to compete with other brands there,” said Steven Xu, Proton’s director of international sales.

“CMH Group is working diligently to prepare their distribution network and the current plan is to launch our models by the end of the third quarter this year. Ahead of this, several members of the CMH Group visited Malaysia last week to have discussions with our team and visit dealers as well as the Tanjung Malim plant,” he added.

Proton’s export performance has been encouraging this year, with the X50 and X70 showing an increase of 77% and 31% respectively. For the first quarter of 2022, total exports have grown by 175% year-on-year and that number is expected to increase, with 300% being a target for the end of this year.

Key to achieving that lofty target is the growth in overseas (KD) assembly operations. Currently, Pakistan, Kenya and Bangladesh have KD assembly of Proton cars, with Sri Lanka set to join the list in the second half of 2022. The latter deal was probably agreed some time back and the timeline might not have factored in the island nation’s current turmoil and near bankruptcy though, but we could be wrong.

“Growth in export sales is vital to Proton being able to achieve its long-term goals. The company will need to explore more new markets to push its volume growth rate and we are making the necessary investments both here at Tanjung Malim and in our overseas operations to ensure we are ready to move quickly to exploit any new opportunities,” said Roslan Abdullah, Proton’s deputy CEO.