Home » Car Reviews » Proton Exora owners urged not to buy and install non-OEM OCH on their cars – could cause engine damage – paultan.org

Proton Exora owners urged not to buy and install non-OEM OCH on their cars – could cause engine damage – paultan.org 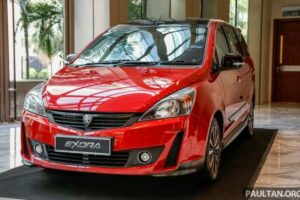 Proton Exora owners are advised not to purchase and install custom oil cooler hose (OCH) kits for their vehicles, as there’s a worry that it may cause damage to the engine, FMT reports. According to Faisal Shah, head of content management at Proton, the expertise of suppliers of alternative, non-OEM oil cooler hoses is doubtful, and they do not have a proper lab to test their components.

“The specific issue of the OCH on the Proton Exora is one of the issues that we’re paying attention to, and we are working on resolving it. Proton advises consumers not to buy non-genuine components,” Faisal said.

“For the Proton Exora which uses a turbo engine, it is a model that was launched in 2011 but the company is still doing a lot of activities to improve its performance, including resolving any issues such as the OCH,” he added. The OCH serves to circulate oil between the oil cooler and engine, and should it fail, oil can leak out and result in the engine overheating.

Faisal noted that in the years after the Exora was launched with a turbo engine, Proton identified the cause of the OCH leak, which at the time was made entirely out of rubber. The carmaker then initiated a recall to replace the OCH on affected vehicles as well as revising the service interval to 40,000 km. 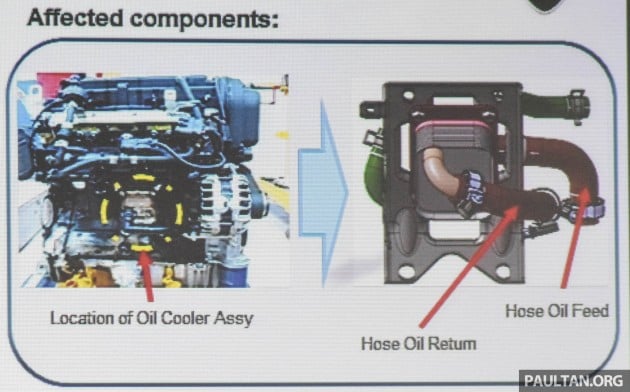 He went to say that Proton developed a new OCH that was partly made of metal in 2018, which extended the service interval of the OCH to 80,000 km and it could better stand up to high temperatures and pressures.

Faisal’s statement is in response to Exora owners who are dissatisfied and claimed that the national carmaker had not resolve the OCH issue, which failed prematurely and caused them big losses. He said that Proton will recall the MPV if there are new technologies that can help improve the OCH in the future.

The OCH issue is widely discussed in Exora car clubs, with many referring to the component as a “time bomb.” Many owners revealed that they’ve had to purchase alternative OCH kits worth RM1,000, claiming that Proton had not offered a solution since 2011 for the issue. Some also complained that they have had to wait a long time for Proton service centres to fix their cars’ OCH, forcing them to seek third-party solutions.