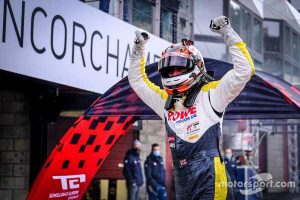 Porsche driver Nick Tandy has revealed that he cried with emotion as he completed victory in last weekend’s Spa 24 Hours for Rowe Racing.

The Briton told Motorsport.com that he was “emotionally wrecked” as he crossed the line to win the GT World Challenge Europe round with Earl Bamber and Laurens Vanthoor to add another 24-hour victory to his 2015 Le Mans and 2018 Nurburgring triumphs.

“I’ve never burst into tears in the car during the race before,” he said. “There was big stress for me because I got into the car with three hours to go and I knew I had to do everything I could — it was all or nothing for three hours.

“Then, you start the last hour and there’s three cars on your tail and you know you’ve got to be perfect.

“The stint started wet and we were gapping them a little bit, and then it started to dry out they [the Attempto Audi driven by Patric Niederhauser] were pulling us in by half a second a lap. It was stressful.”

The pressure increased on Tandy halfway around the penultimate lap when his Rowe Porsche 911 GT3 R encountered transmission problems.

“I had a small lock-up into Turn 8 [the Bruxelles hairpin] and then immediately there was this noise,” he said. “It sounds to me as if a driveshaft joint has broken, but the car was still driving.” 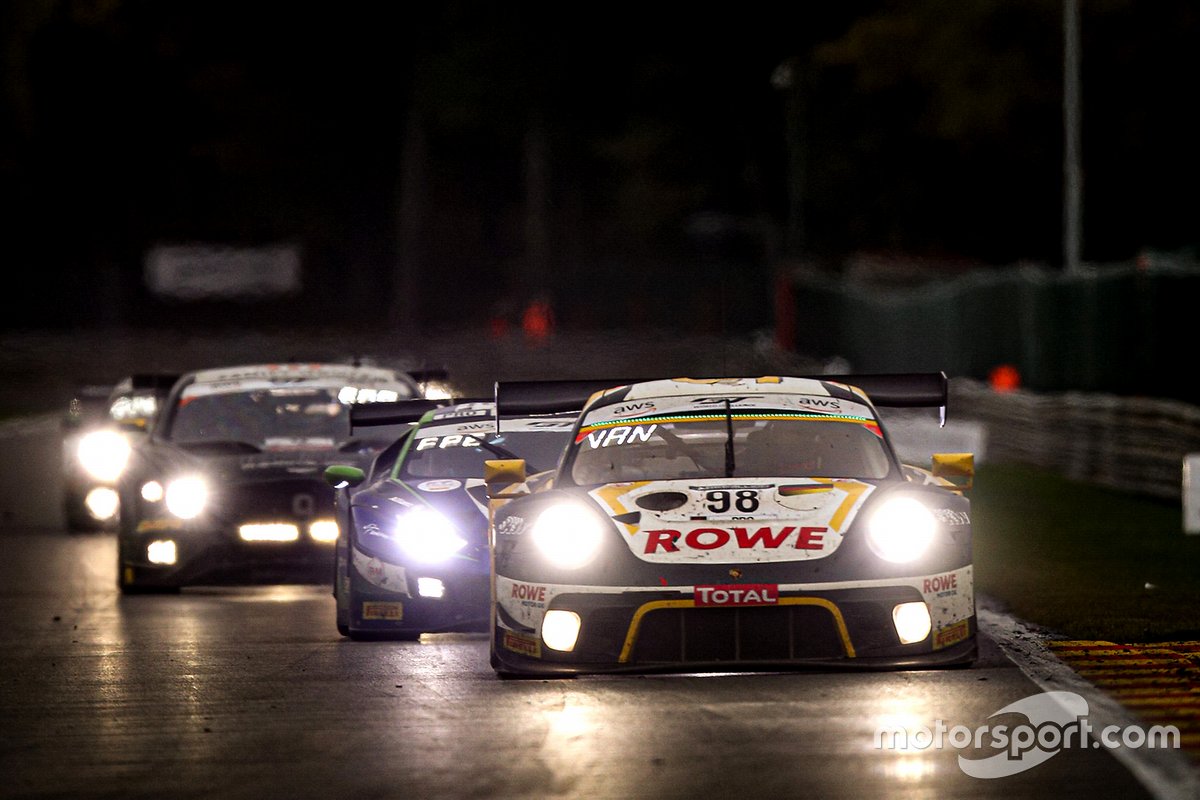 Tandy suggested that the transmission issue might have worked in Rowe’s favour.

“Unfortunately for our competitors we coated the track in oil and this probably saved us,” he said. “I had to drive the last lap and a half not going flat out and coasting in the corners. Luckily we could go faster like this than our competitors could driving on our oil.”

Niederhauser, who shared the factory Attempto Audi R8 LMS with Frederic Vervisch and Mattia Drudi, had reduced the deficit from more than four seconds to under two by the start of the penultimate lap. The gap between the first and second-placed cars went back out 4.6s over the final two laps.

The race turned in the favour of the winning Rowe Porsche over the final hours of the race when heavily rain arrived.

“We weren’t quick in most conditions — in the dry we probably had the fifth fastest Porsche,” explained Tandy. “But when it rained we had the quickest car, at least compared with the cars I was battling with.”

The win for Tandy means he now has an overall or class victory in all the established global sportscar enduros. In addition to winning Le Mans, the Nurburgring, Petit Le Mans at Road Atlanta (2015) and now Spa outright, he has class wins in the Rolex 24 at Daytona (2014) and Sebring 12 Hours (2018 and ’19). 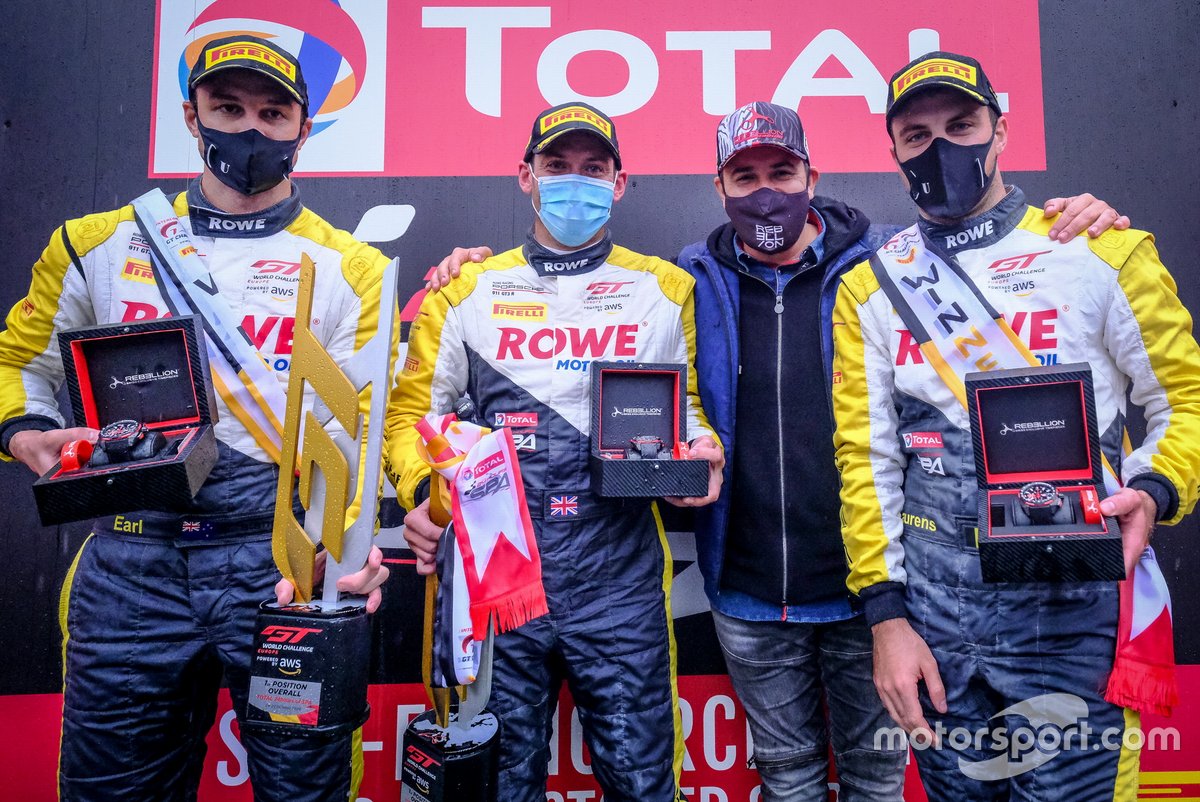