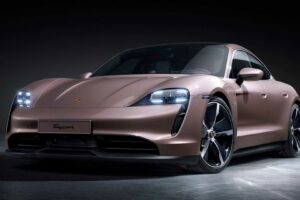 Thanks to high power, it replenishes range at a similar rate as a Tesla Model 3.

Today we will take a look at the fast charging of the Porsche Taycan (versions with 93.4 kWh battery pack) that have been on the market since 2020.

We already know that the charging performance of the Taycan is outstanding, but how do it compare with other models like Hyundai Ioniq 5, Tesla Model 3 and Audi e-tron?

To find out, we once again reached for Fastned data from 2020 when we were amazed by 270 kW peak power output at 800V chargers. Nothing really changed since then so we can apply those results also for the 2021 model year.

Let’s get into it.

Porsche says that the maximum power output is around 270 kW and we saw such a result many times. In the case of the particular Fastned charging session, it was over 262 kW.

Regardless of the peak value, the maximum is available only up to over 25% SOC. Then charging falls for a little bit to about 200 kW, and then again to around 150 kW (35-67% SOC). The power further decreases at higher SOCs, but it tries to stay above 50 kW.

In the case of Porsche Taycan, when optimizing charging during long-distance travel, it’s worth coming to a charger with a deeply discharged battery. 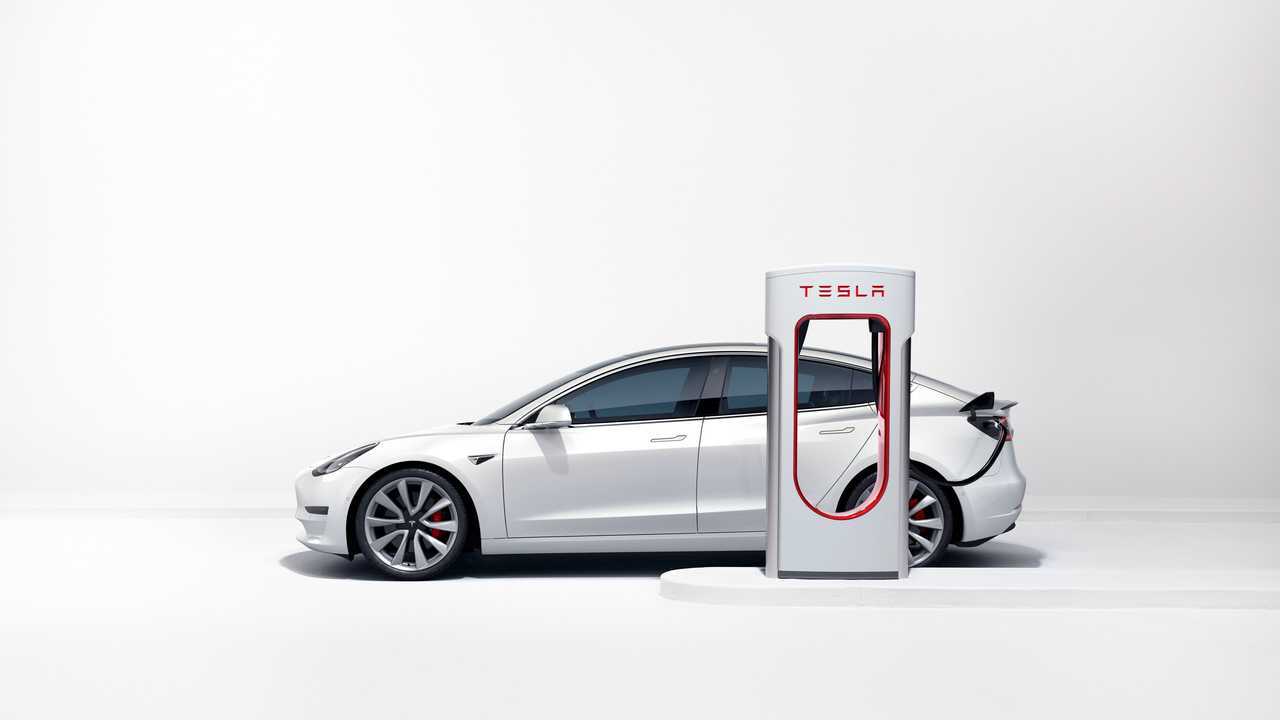 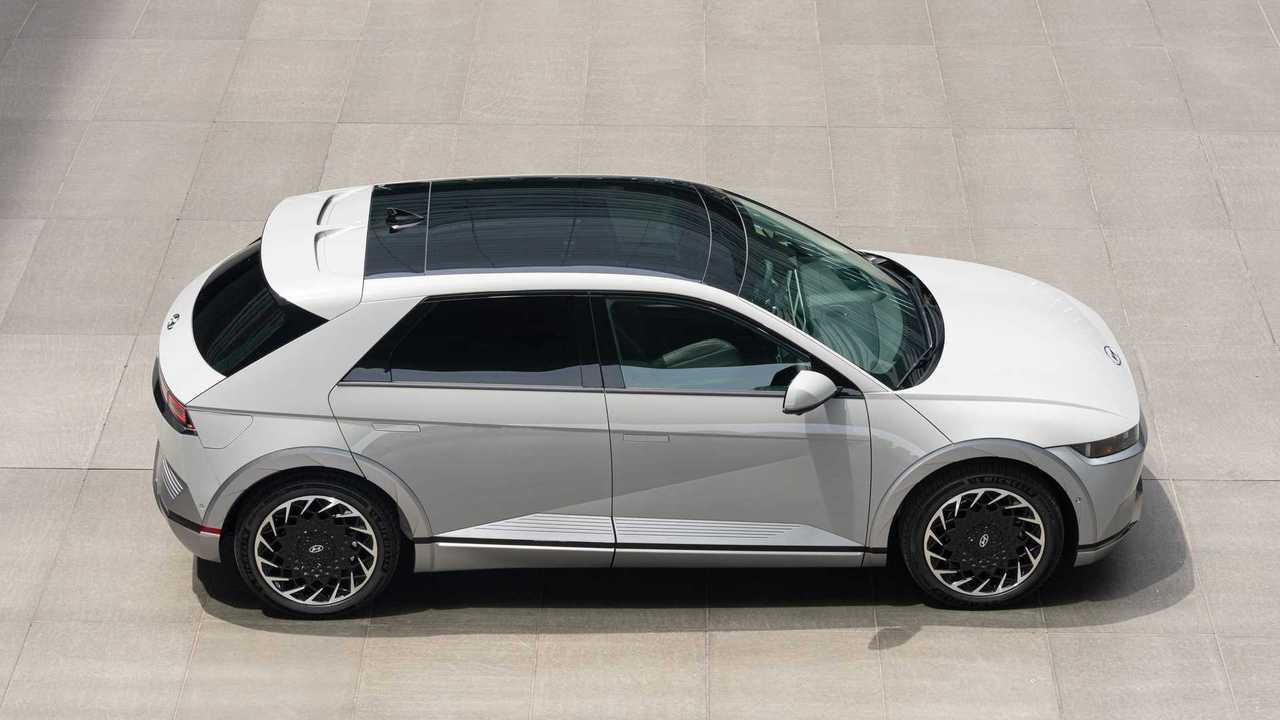 We will compare the Porsche Taycan 4S (93.4 kWh, AWD) with a few other EVs that are known for a very good fast charging:

In terms of power, the Porsche Taycan offers the highest peak value in the first part, but not much higher than in the case of Tesla Model 3 at V3 Superchargers (limited to 250 kW), despite a significantly bigger battery.

Once the power falls, the Hyundai Ioniq 5 emerges as the lone leader of the 30-50% SOC range. Porsche Taycan glides at “Audi e-tron’s speed” of about 150 kW. 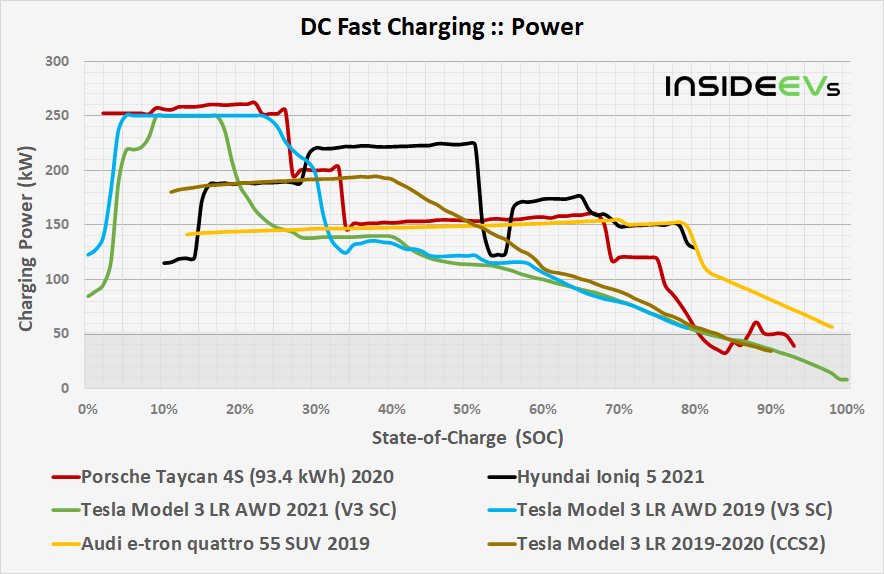 Overall, Porsche Taycan has one of the best charging characteristics. If we exclude lower values – above 80% SOC, then it has a higher average than Audi e-tron, but is not better than the upcoming Hyundai Ioniq 5.

Porsche Taycan’s 93.4 kWh battery is significantly bigger than Tesla’s batteries, which translates to lower C-rates, especially in the initial stage. 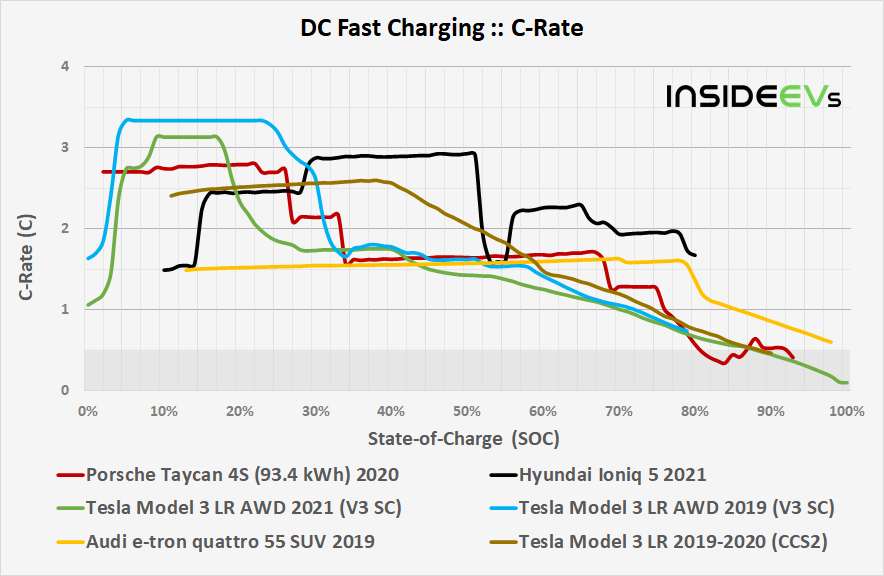 Anyway, 1.6C on average in the 20-80% SOC window is great (of course not as high as in the case of the Hyundai Ioniq 5, which has a very specific charging characteristic).

Finally, the range replenishing rate reveals to us that efficiency matters a lot. Porsche Taycan is still one of the best, but in the first stage of charging the highly efficient Tesla Model 3 is in a class of its own. 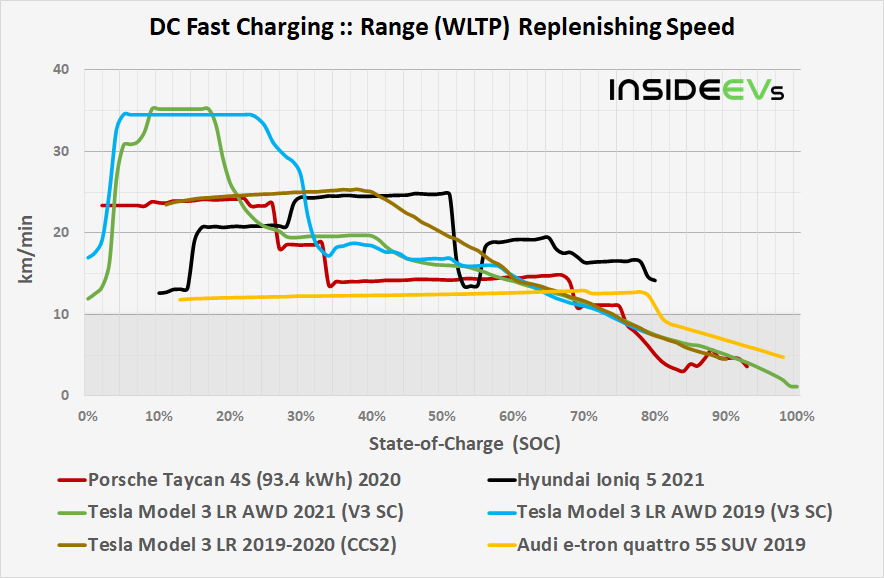 Comparing models by their WLTP range, Porsche Taycan’s average in 20-80% SOC window is not far from Tesla Model 3. However, when using our very own 70 mph range test, it’s actually a little bit better than the Tesla Model 3.

We guess that for normal users, it will be difficult to notice the difference, especially since other factors might influence the charging experience more.

The Hyundai Ioniq 5’s average range replenishing speed is out of range for any other contender so far:

Porsche Taycan’s fast charging characteristic is – as expected – very good. It has a high peak value, good curve, and despite the lower efficiency of the car, it can basically match the range replenishing rate of the Tesla Model 3 (in 20-80% SOC window).

However, considering the 93.4 kWh battery and the brand’s aspirations, the results should be much better than for cars with 75-80 kWh packs. We would like to see Porsche go 300-350 kW and improve the power in the middle of the session.

Without those improvements, Porsche Taycan soon will be behind Hyundai Ioniq 5, Kia EV6 and some other upcoming EVs.