Porsche Claims EVs Can Be More Profitable Than ICEs 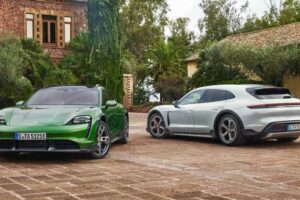 The automotive industry is currently in an era of huge transformations and the process won’t end anytime soon. Many automakers are rethinking their strategies and investing billions of dollars into EV technologies but (most of them) are yet to reach decent margins selling electric vehicles. One of the industry’s leading EV players, however, believes this point will be reached rather soon.

Porsche’s Chief Financial Officer Lutz Meschke spoke during Porsche’s capital markets day last week and said the Stuttgart-based company expects to reach parity between margins of electric vehicles with those of ICE-powered models in about two years from now. In a period of about five years, Meschke expects the EV margins to increase as customers are happy to pay more for new technologies.

Porsche’s global forecast is that roughly half of the luxury car segment will belong to electric vehicles by the end of the decade. The automaker wants to be ahead of the competition and sell approximately 80 percent fully electric Porsches by 2031.

“Our target is to selectively expand higher-margin segments and to leverage electric-vehicle pricing opportunities,” Porsche CEO Oliver Blume said, adding that the firm targets a return on sales of more than 20 percent compared the 16 percent last year. However, the combustion-powered 911 remains Porsche’s most profitable model, beating the Taycan electric vehicle.

So far, Porsche has just one purely electric model on sale, the Taycan in its different versions. Very soon, a zero-emissions version of the Macan will join the lineup, though it has been delayed due to software issues Volkswagen Group is currently experiencing. In the future, Porsche wants to be responsible for the software of its cars on its own, but the Macan EV is now not supposed to come until 2024.

Another fully-electric Porsche will come shortly after and will take the shape of a larger and more luxurious SUV. It will be built in Leipzig and will have a starting price of approximately $85,000.