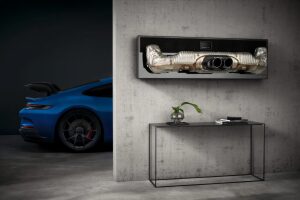 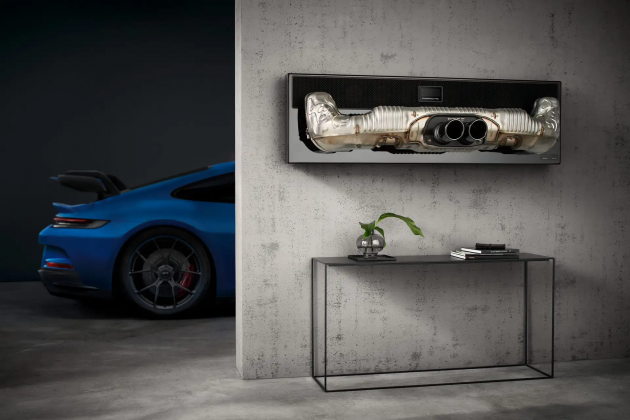 Porsche has revealed the new 911 Soundbar 2.0 Pro made from the original lightweight stainless-steel exhaust system of the 911 GT3.

Limited to just 500 pieces, each unit will set you back an eye-watering €8,990 (RM41,646). Whether its aesthetics can justify its price tag is your decision to make but there’s no doubting its aural abilities. Powered by a 2.1.2 virtual surround sound system with Dolby Atmos DTS HD, it has 300 watts of audio power for rich, strong bass – just like its ‘motorised role model’ according to Porsche.

It comes with 4K HDMI ports, Bluetooth compatibility, Apple Airplay 2 and built-in Google Chromecast. If you happen to own several versions of Porsche soundbars including the 911 Soundbar Final Edition, they can all be synchronised and connected to one another without exception to future new products as well.

Fitted with a base, the high-gloss black soundbar with a matte rear silencer can either be placed on a flat surface or even mounted on the wall.