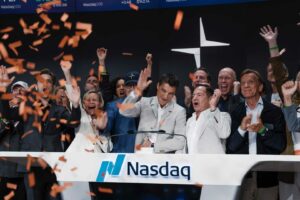 Polestar went public on Nasdaq on June 24 via a merger with Gores Guggenheim, a special purpose acquisition company (SPAC), and rang the opening bell on June 28

Other EV startups that chose the SPAC shortcut instead of a traditional IPO haven’t done that well lately, with notable examples including Lucid Group, Fisker and Nikola, which are currently trading at 67%, 69% and 92% below their post-merger highs, respectively.

Will Polestar be any different? Only time will tell, but the first signs aren’t very encouraging. The latest EV company to go public in the US saw its stock jump 16% on its first day of trading on June 24 only to drop by almost 25% through June 29.

The market’s less than enthusiastic welcome for Polestar indicates skepticism from investors amid runaway inflation and a looming economic downturn. Bloomberg reports that EV stocks are being revalued as the liquidity that was abundant in the system for two years is now disappearing.

Still, Polestar is not your average startup as it is a joint venture between Volvo Cars and Geely, two automakers with extensive manufacturing experience and cashflow that can help it develop and support it when the going gets tough.

Furthermore, unlike many EV startups, Polestar has 55,000 vehicles—mostly Polestar 2 EVs—on the road in 25 global markets including China, Europe and the United States. The company has laid out an ambitious expansion plan that will see it launch one brand-new electric model each year through 2024: the Polestar 3 midsize SUV in 2022, Polestar 4 compact SUV coupe in 2023 and Polestar 5 flagship sedan in 2024.

Finally, the EV maker has a factory up and running in China, where the Polestar 2 is made, with a US assembly line to become operational later this year at Volvo’s plant in South Carolina for the Polestar 3 SUV.