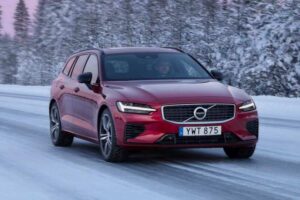 Within 5 years, all-electric cars alone are expected to account for 50%.

Volvo Cars report that its global sales increased in June by 11% year-over-year, while the first half of the year was the best ever with 380,757 units (up 41% year-over-year).

In terms of plug-in electric car sales, things are progressing even better, as the Recharge subbrand accounted for 24.6% of the total result in the first six months. That would be over 93,600 units (up almost 150% year-over-year).

“Volvo Cars’ Recharge line-up of chargeable models, with a fully electric or plug-in hybrid powertrain, remained popular among customers and accounted for 24.6 per cent of all Volvo cars sold globally during the first six months of the year. Compared to the first half of 2020, the share of Recharge models increased with nearly 150 per cent.”

Currently, Volvo offers only one all-electric model, the Volvo XC40 Recharge, which in the near future will be joined by the new Volvo C40 Recharge version.

However, the real acceleration of BEV sales will happen a little bit later, once the company will launch its second generation of electric cars, starting with the successor of the XC90 and XC60 SUVs.

This decade Volvo intends to focus on longer range and faster charging, which will allow it to gradually switch to an all-electric lineup. The recently shown Volvo Concept Recharge has given us glimpses of what to expect from premium EVs in the future.