Home » Peugeot unveils new brand identity, logo; 80% of all vehicles sold to be electrified by end of this year – paultan.org

Peugeot unveils new brand identity, logo; 80% of all vehicles sold to be electrified by end of this year – paultan.org 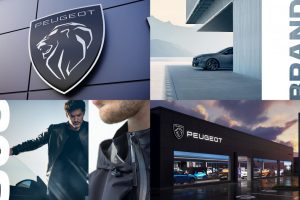 Peugeot has unveiled its new logo and brand identity that is in line with its move upmarket towards becoming ‘high-end generalist’ and with a new focus on customer touchpoints. The latest logo is the 11th to emerge from the French manufacturer, with all 10 prior logos bearing the imagery of a lion since the first in 1850.

The new brand identity will initially be rolled out in the brand’s communications material as well as dealerships, with around 20 flagship outlets worldwide to wear the new identity by the end of next month, and be adopted by 1,500 dealerships by the end of 2021, said Peugeot marketing and communications director Thierry Lonziano. All dealer locations worldwide will be completely rebranded by 2023.

The ‘quality time’ theme extends to the brand’s websites, where the user experience is described as simplified, like the logo, as well as more immersive and intuitive, said Lonziano. The online processes for vehicle sales, as with other areas of customer experience, have been streamlined as well, said Peugeot CEO Linda Jackson.

The next-generation Peugeot 308 will be the first car from the French brand to wear the new emblem, and the C-segment model’s styling can be expected to be brought in line with Peugeot’s most recent products such as the 2008, 208 and the 508.

The new identity is a bridge between the brand’s history and the vision of Peugeot’s future, said Peugeot design director Matthias Hossann. As for the reason, the rebranding exercise “has absolutely nothing to do with Stellantis; we started working on [the rebranding] a long time before we even starting thinking about Stellantis,” Jackson said, referring to the merger of Groupe PSA and Fiat Chrysler Automobiles.

As we have seen with the logos of other automaker brands such as BMW, Nissan and Volkswagen, Peugeot’s move to a flat, two-dimensional design is to facilitate its use on digital platforms. Peugeot has found that “now is the perfect time” to switch to a flat design as its logo will be more widely used across digital assets, said design director Hossann.