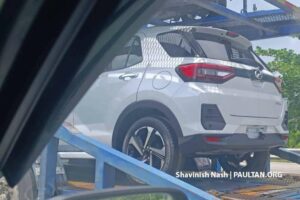 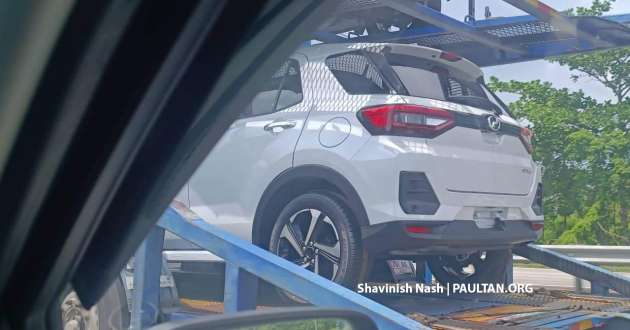 Perodua appears to be putting out feelers for customer interest in the upcoming Ativa Hybrid, which will be available specifically through a subscription package and limited to only 300 units.

According to a reliable source within the Perodua network, the national carmaker has been reaching out to prospective “customers” via SMS, through which individuals will be led to an online form for a survey on their interest in trying out the electrified crossover, without getting into ownership in the conventional sense.

Not every Perodua dealership will be involved in this special exercise – according to our source, only Klang Valley dealers, along with two branches in the Northern region and another two in the Southern region are in the programme. Further details include the pricing structure, which has been stated to be an upfront payment of RM2,150 followed by a monthly fee of RM500, with a mileage cap of 100,000 km over a period of five years.

Each participant’s unit of the Ativa Hybrid will be installed with a GPS tracker for study purposes, says our source, and the vehicles used for the subscription trial will have to be returned to Perodua once the trial period has ended. If the RM500 monthly payment sounded low when you read it earlier, you now know why – it’s merely a subscription fee for a vehicle you don’t own in the end.

Survey participants reached by the targeted SMS blast will be asked for their preferred Perodua showroom, and the multiple-choice selection mentions outlets in Klang, Kuala Lumpur, Kajang, Glenmarie, Putrajaya, Balakong, Ampang as well as the Perodua Sentral flagship location in Petaling Jaya, among others.

The Ativa’s close relation is of course the Daihatsu Rocky, which has an electrified version in the e-Smart Hybrid that officially made its debut in Japan last November. Motive power for that one comes from a 106 PS/170 Nm electric motor that is augmented by a WA-VEX 1.2 litre Atkinson-cycle three-cylinder engine – rated to produce 82 PS and 105 Nm of torque – acting as a generator.

A notable feature of the Rocky e-Smart Hybrid is the “Smart Pedal” feature which enables one-pedal driving, where normal and eco modes vary the throttle response. The configuration of the electric drive motor and the motor-generator combustion engine in parallel enables a more compact layout, including a compact lithium-ion battery. All these translate into a fuel consumption figure of 3.6 litres per 100 km on the WLTP cycle.

A frugal machine in a package from a well-loved brand sounds like a winning combination. Have any of you received this SMS to participate?