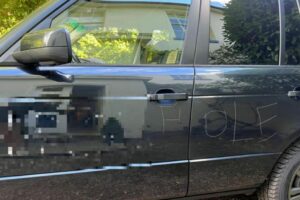 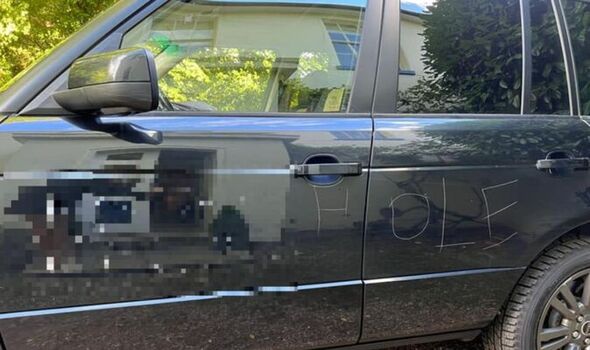 A family was horrified to learn their car had been defaced. The insult “a******e” had been scratched across the side of the Range Rover, and the boot was also dented in the “rage-fuelled attack” in a car park.

The driver, a grandfather-of-four, parked the vehicle at St John’s Road car park in Harbourne, Birmingham between 11.25am and 1pm on Wednesday, September 28, but when the 80-year-old returned he found the car vandalised, reports Birmingham Live.

The pensioner told loved ones he had no knowledge of any preceding road-rage incident or any related issues with anyone.

West Midlands Police are probing the case as criminal damage, with inquiries ongoing. 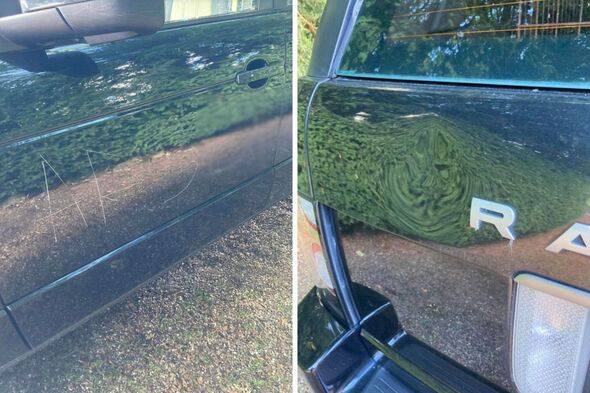 The victim’s wife, 70, who asked not to be named, said the attack was “horrible”, but must have taken a number of minutes to carry out.

She said: “We’re absolutely at a loss to explain it.

“We all appreciate people can inadvertently cut other people up on the roads, but I think my husband would have remembered cutting up someone so much they followed him into the car park and did this.

“He’s also aware of when he’s parking as it’s such a big car he might inadvertently park too close to somebody else and they can’t get out.

“As much as you question somebody, he has no memory of any of that.

“The fact he is 80, his driving is not bad. He’s not nutty. So I have every reason to believe he would be aware if he had done something significant to someone else.”

She thinks the damage to the passenger doors may have been caused by a screwdriver.

While the dented boot was likely to have been carried out by someone wielding a bat.

His wife, from Edgbaston, added: “He was unnerved that somebody could have so much rage about something. What sort of person out there would have sufficient anger to do that?

“The punishment doesn’t fit the crime. People need to take that leap between ‘oh he must have done something – to well whatever he’s done it didn’t merit that.’ There are people out there who are complete nutters.

“There’s also a massive dent in the back of the car. The only thing that could have caused that was the shoulder blow from a bat.”

In a statement, police said: “We’ve received a report of criminal damage and anyone with information can contact us via Live Chat on our website and quote 20/840093/22.”