Panasonic Sold Its Stake In Tesla For $3.6 Billion 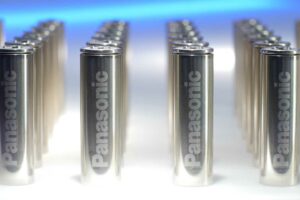 The company invested in Tesla at a crucial time in 2010 and multiplied the investment by 120 times!

Panasonic recently confirmed that it sold its stake in Tesla for about 400 billion yen ($3.61 billion) in the fiscal year that ended on March 31, 2021.

The Japanese manufacturer invested $30 million (1.4 million shares) in Tesla in 2010, when Tesla was a very small company, with only the original Tesla Roadster on the market (Model S was launched in mid-2012).

At the time, it was important support for Tesla that sealed the strategic partnership for years. With a high scale of Tesla battery orders, Panasonic became the largest EV battery supplier for many years.

The value of Panasonic’s Tesla shares increased to $730 million in March 2020 and then 7-times in the next 12-months, which translated into a huge $3.6 billion total.

Panasonic basically multiplied the initial amount of $30 million by 120 times over about 11 years. That’s a really great rate of return. On top of that, the EV battery business is profitable.

Sales of the shares do not mean anything serious to the partnership. Tesla is big enough (especially in terms of capital reserves) that it doesn’t need Panasonic’s support, while for Panasonic, it was a perfect time to exit and unlock $3.6 billion on investments in new ventures.

“The stake sale will not affect the partnership with Tesla, the Panasonic spokesperson said, and was made as part of a review of shareholdings in line with corporate governance guidelines.”

Who knows, maybe Panasonic will redirect the profits to build a new battery gigafactory? $3.6 billion is enough to build one of the largest battery plants on the planet.

Demand for electric cars is increasing, so let’s stay tuned for the news.