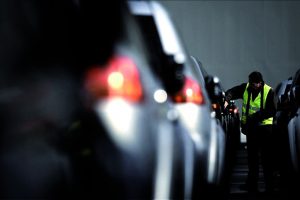 A survey on colours conducted by paint specialist AkzoNobel has found that black, grey and white remain the most popular colours for new vehicle owners in Southeast Asia, the company said in a statement. Of these, black was found to be the most popular amongst the greyscale selection, followed by 21% of respondents going for white and 19% choosing grey.

Black is associated with representing power, ambition and wealth, and the company cited the Proton Saga Anniversary Edition as an example of the colour’s popularity. At the other end of spectrum, the next most popular, white is commonly associated with purity and cleanliness, while also being the most effective reflector of light and heat. The third choice here, grey rounds up the trio, considered to be a ‘diplomatic’ colour as it bridges the gap between black and white, according to the company. Grey is also the practical choice, as it is relatively easy to maintain and minor scratches on this colour are not as easily noticed as on vehicles in other colours as the finer scratches visually blend more easily into the paint, AkzoNobel noted.

In recent years, the Asia Pacific region has also demonstrated a preference for cars in white, with this colour accounting for 38% of cars sold in the region according to PPG in 2016.

What about you, dear readers? Are you inclined to choose from the many shades of grey, or are you more adventurous with your vehicles’ colours instead?