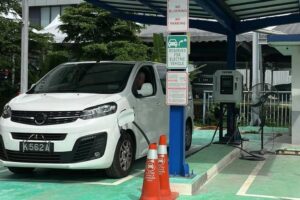 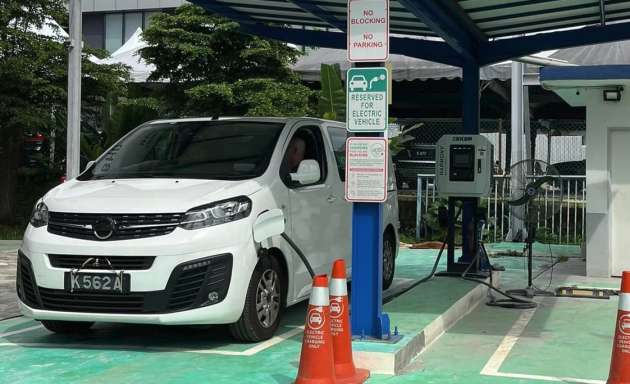 The Opel Vivaro that was sighted in Subang Jaya last month has been seen again, this time at Vision Motorsports’ facility in Kampung Sungai Kayu Ara, Petaling Jaya. The vehicle is likely the same unit seen in the previous post, and is wearing the same trade plates as before.

The photos reveal that the vehicle isn’t just a regular commercial version of the third-gen Vivaro – which is also badged as a Vauxhall in selected markets and is related to the Citroen Jumpy, Peugeot Expert and Toyota ProAce – but the electrified form, as it’s making use of Vision’s DC fast charger.

The Facebook post highlighting the Vivaro-e cryptically mentions that “a new brand is coming in,” highlighting the possibility of Opel’s return to the local market. As mentioned in our earlier story, Stellantis has already secured full ownership of Naza Automotive Manufacturing (NAM) and its manufacturing plant in Gurun, Kedah, so the Vivaro could well be on the cards for local assembly here.

The particular Vivaro-e example isn’t a panel van but rather a crew van variant, as it features rear side windows. There’s also a passenger version of the electric van, the Zafira-e Life, with the same powertrain and battery capacities, albeit with slightly higher travel range – could we also be looking at it coming our way, if the brand is indeed making its way back to Malaysia?