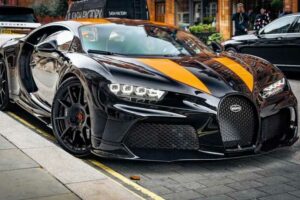 At over two meters (80 inches) wide, the Bugatti Chiron Super Sport 300+ is not exactly a city-friendly car. That’s not stopping the rich folk from showing it off in the urban British jungle where the boxy London taxi is the most common car you’ll see on the road. One of the only 30 vehicles built by the masters from Molsheim was seen in the UK’s capital looking fast while standing still.

YouTuber TheTFJJ had the chance to immortalize the black beast parked next to some high-end automobiles varying from a Ferrari Testarossa to a Bentley Bentayga. The very same man with the camera caught a different SS 300+ a couple of months ago in London where the owner was pulled over for a missing front license plate. Quelle surprise, this one doesn’t have it either. 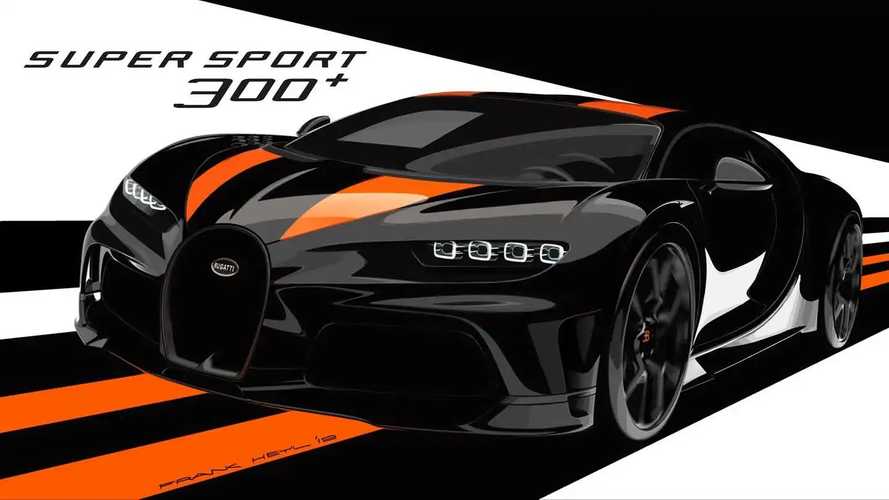 It belongs to a sheik who happens to have some other cars you’d expect to find in a one-percenter’s garage: Ferrari Monza SP2, Lamborghini Sian & Centenario, along with a Bugatti Divo. Just like the other SS 330+ examples, his speed machine comes in black with orange accents as a nod to the Veyron Super Sport, a former record top speed holder.

It should be noted that the actual production car that followed the 304-mph prototype is electronically limited to 273 mph (440 km/h). However, those brave enough can tell Bugatti to remove the limiter and push the W16 to its limits in Germany at the Volkswagen Group’s Ehra-Lessien test track. Andy Wallace believes the long-tailed hypercar had more speed left in it while he was doing a TÜV-certified 304.77 mph (490.48 km/h) on August 2, 2019, at the same Ehra-Lessien.

Koenigsegg, SSC North America, and Hennessey will all try to become the next speed kings sooner or later. The Chiron Super Sport 300+ is the car to beat if we’re strictly talking about top speed rather than the average of two runs in opposite directions.