One in five British motorists put off car journeys because of wet weather, research finds 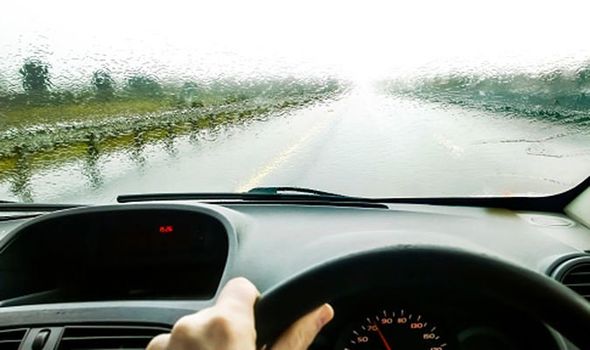 The UK was hit by a series of torrential downpours last month following Storms Ciara, Dennis and Jorge, with the Met Office reporting the wettest February on record. But a survey of 2,000 motorists has revealed how much of a hindrance the wet weather is – with 19 percent admitting they had avoided driving because of the rain. And 12 percent of drivers, which is the equivalent of four million motorists, said they had been prevented from getting to their destination because of heavy downpours.

It also emerged one in 20 said they had been involved in an accident because of the rain, with nine percent having a near miss.

The research was conducted by tyre brand Uniroyal, which uses technology inspired by ‘shark skin’ in its tyres, making them ideal for wet weather driving.

Its new RainSport 5 has wide bi-directional drainage grooves, which combined with the shark skin technology enables water to be rapidly dispersed from under the tyre.

As the tyre wears and the tread depth decreases, the tyre’s sipes – thin slits across the rubber – change shape and become wider to increase the water displacement capability and reduce the risk of aquaplaning.

The survey, conducted by OnePoll for Uniroyal, also found 36 percent of motorists didn’t know how to handle their car when it aquaplanes.

In the event of aquaplaning, motorists should take their foot off the accelerator and allow their speed to reduce until they feel in control again.

They should not brake until they have regained control of the vehicle. 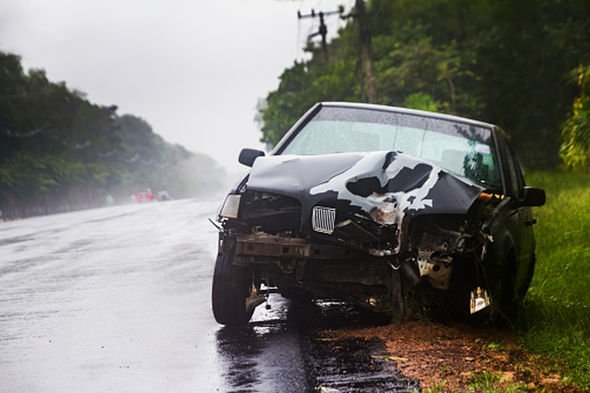 Peter Robb, safety expert at Uniroyal Tyres, said: “Heavy rain can make driving a hazardous experience and we always advise motorists to watch their speed and leave a gap of at least four seconds between themselves and the car in front.

“We advise regularly checking the tyre tread depth on your vehicle.

“For safety when driving in the rain or on wet roads, we recommend that tyres should have a minimum tread depth of 3mm.

“Even if you’re driving with specialist rain tyres like Uniroyal, your stopping distance will be greater on wet roads than on dry roads.

“Our new RainSport 5 tyre is designed in a way that disperses the rainwater better, allowing the tyre greater control of the road.

“Using ‘shark skin’ technology for faster water clearance ensures our tyre keeps you safe on wet roads. It means you can be prepared and ready for the rain when it comes, which it will.”

The latest Met Office data revealed February was the wettest since records began in 1862, with an average rainfall of 209.1mm measured across the UK – 237 percent above average for the month.

And the downpours in December, January and February made the UK’s winter the fifth wettest on record.

Recent Department for Transport figures show there were 51 fatal accidents in 2018 where the contributory factor was a slippery road due to the weather.

On top of this, there were 137 fatal accidents due to travelling too fast for the conditions and 19 deadly crashes as a result of vision being affected by rain, sleet, snow or fog.

The bad weather results in the average Brit being unable to get to their destination at least twice a year.

Despite knowing how regularly it rains, the average Brit gets completely soaked four times a year.

The survey found that adults spend nearly  £2,500 during their lifetime on wet weather gear like umbrellas and waterproof coats, and yet are often under prepared for driving in the rain.

How to drive in heavy rain

* Leave plenty of distance between you and the car in front

* Use your headlights on dipped beam

* Use your air conditioning to prevent internal condensation

* Take your foot off the accelerator if you aquaplane. Do not brake