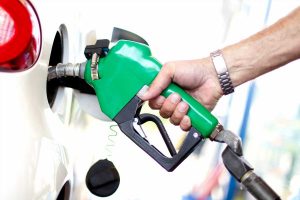 E10 petrol – a more eco-friendly type of petrol containing up to 10 per cent ethanol – will be available at fuel stations across the UK from September 2021 with the aim of reducing CO2 emissions.

The Department for Transport (DfT) announced the launch of E10 petrol following a consultation with motorists and the automotive industry. E10 – which is a mixture of standard petrol and ethanol made from materials including low grade grains, sugars and waste wood – is expected to cut CO2 emissions on UK roads by as much as 750,000 tonnes per year. This is the equivalent to taking 350,000 cars – or all the cars in North Yorkshire – off the road.

In addition to helping the UK reach its goal of net zero carbon by 2050, the launch of E10 will also boost the country’s biofuel industry, with the materials needed for E10 refined in the UK.

The E5 petrol currently on sale at British fuel station forecourts contains no more than five per cent ethanol – E10 contains twice as much but this could cause problems for some cars. All petrol cars built from 2011 onwards are E10 compatible, but the DfT has previously estimated that 700,000 vehicles in the UK are not.

The European Automobile Manufacturers’ Association (ACEA) says, for example, that all BMWs can use E10, but warns this is not the case for every marque. Almost all Mercedes models can use E10, but the C200 CGI and CLK 200 CGI made from 2002 to 2005 cannot. Nevertheless, E10 has been sold in Europe – most notably in France and Belgium – alongside E5 for a number of years.

Motorists whose cars aren’t compatible with E10 will still be able to purchase E5 petrol in super-unleaded form, with the DfT confirming the UK will maintain a supply of this fuel.

Grant Shapps, secretary of state for transport, commented: “We’re going further and faster than ever to cut emissions from our roads, cleaning up our air as we accelerate towards a zero-emission transport future.

“Although more and more motorists are driving electric vehicles, there are steps we can take to reduce emissions from the millions of vehicles already on our roads – the small switch to E10 petrol will help drivers across the country reduce the environmental impact of every journey, as we build back greener.”

The consequences of running an incompatible car on E10 can be severe, as James Elliott, editor-in-chief of Auto Express’s sister title, Octane, explained: “These fuels make short work of rubber and fuel lines in older cars. In fact, it has happened on one of my own classics when a section of fuel line perished prematurely and started spewing petrol everywhere. I was lucky that it was spotted and could be made safe on the spot, but I am concerned that not everyone will be so lucky. Any fuel damaging seals and lines that prevent fuel from reaching the hottest parts of the engine is a serious fire risk, and a potential danger to classic cars and their owners.”

A spokesperson from UKPIA (UK Petroleum Industry Association), which represents major fuel suppliers in the UK, advised: “If an owner of a classic or cherished car is uncertain of their vehicle’s compatibility with petrol containing more than 5 per cent ethanol and is unable to obtain guidance from the vehicle manufacturer, they can avoid potential difficulties by using the super grade.”

Ethanol is a form of alcohol, and the ethanol in E5 and E10 petrol is bioethanol, meaning it is a renewable fuel derived from growing and fermenting crops such as sugar, wheat and maize.

Increasing the ethanol content in petrol brings a reduction in carbon dioxide because ethanol produces less CO2 than petrol when burnt, and because the crops grown to produce it absorb CO2 from the atmosphere.

Find out which cars can't use E10 petrol here….