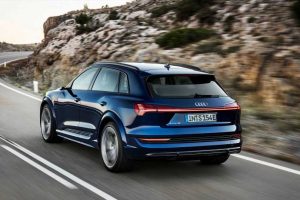 Another great month for plug-in electric car sales in Norway is behind us. In August, some 7,585 new plug-in passenger cars were registered, which is 28.1% more than a year ago.

The plug-in market share for the second time in history crossed 70%, reaching 70.2% (the all-time record is 75.2% noted in March 2020). Taking into consideration that the additional 8.8% are conventional hybrids, only a fifth of new passenger cars are conventional.

Both BEVs and PHEVs are expanding year-over-year, although plug-in hybrids are doing so noticeably quicker.

Stats for the month:

The two best-selling cars in Norway in August were Audi e-tron (no surprise here) with 755 new registrations and Mercedes-Benz EQC, once again with a very strong result of 595.

The e-tron is also the top-selling model for the year (7,158 and 9% of all new registrations YTD) with a huge advantage over others.

The first Volkswagen ID.3 units appeared in stats in August, but the customer deliveries will start later this month.

BEV results already in our database:

In August, Tesla finally had a higher number of registrations (348 total), but the big number (probably four digits) is expected in September. 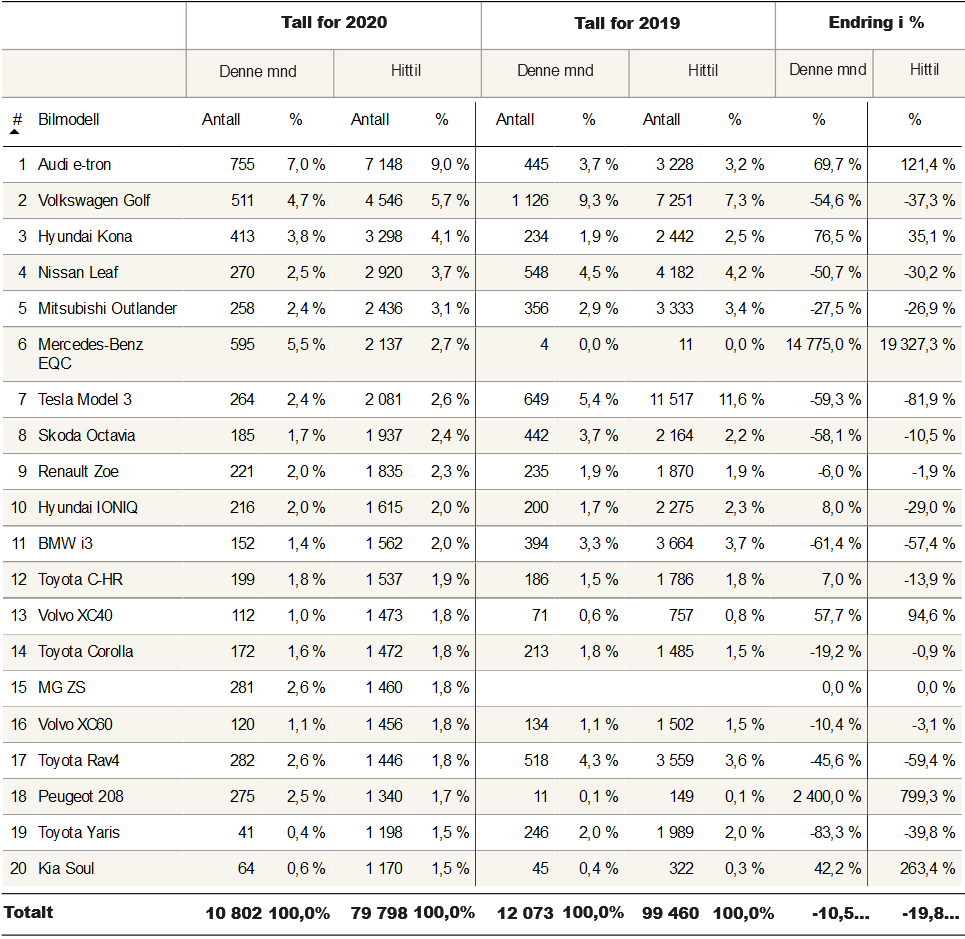