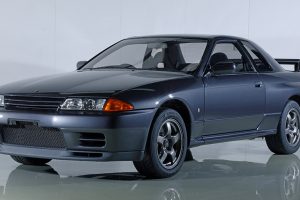 It won’t come cheap though, but rest assured that the end result will be a car that is as fresh as the day it left the factory over two decades ago.

The amount of work involved should justify the price paid (we’ll get to that later), as the company will strip the car down to its bare frame, inspecting and repairing any rust or damage discovered. From there, the sealing is reapplied to ensure it passes Nismo’s standards for body rigidity before the car is repainted in its original shade or a new hue of the customer’s choosing. The RB26DETT 2.6 litre twin-turbo straight-six engine also gets taken apart, with all necessary parts replaced to ensure it delivers the performance expected of it. This involves running the engine on a static dyno as well as taking the car out for timed laps at Nismo’s test facility, with a trained driver behind the wheel. Even the transmission gets some work done on it to make sure the running gear (propshaft, differential, transfer case and driveshafts) are in their best condition.

Customers can also choose to have their engine tuned to match the specifications of the limited-edition Nismo Skyline GT-R of the time. During on-track testing, the car is wrapped in plenty of protective tape to ensure the fresh paintjob is not damaged in the process.

With the two main aspects of the car dealt with, the Nismo team will then focus on ensuring the interior is up to par, replacing any damaged trim pieces. Along the way, the electrical system is checked and fixed if needed, the air-conditioning system is overhauled and all upholstery is deep cleaned.

In the event the upholstery is beyond saving, Nismo will use the same seat material from the R35 GT-R; the company can’t use the original fabric as it doesn’t meet modern fire-retardant standards. Meanwhile, a special engraved plate featuring the car’s VIN will be fitted to mark the vehicle out as a Restored Car.

So, how much will this restoration cost you? Well, that depends on the amount of work that’s required. Nismo lists a reference price of 45 million yen, or around RM1.76 million, and that sum also includes a one-year/20,000-km warranty. Interested? Find out more, here.