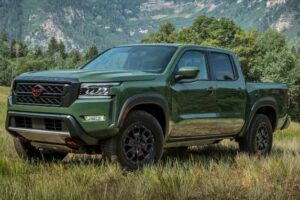 Today if you’re an American car buyer interested in Nissan’s NISMO performance sub-brand—that’s NISsan MOtorsports—you have a single, expensive option: The Nissan GT-R NISMO. Until recently there were two NISMO models, the 370Z NISMO sports car has gone on hiatus while Nissan switches production over to the 370Z’s replacement, the new-for-2023 Z sports car. Soon, however, the NISMO sub-brand might be ascendant, according to a report in Automotive News.

For starters, NISMO is going strong overseas, especially in Nissan’s home market of Japan. There are a number of NISMO-branded offerings, including a version of the Leaf EV hatchback. Nissan has dabbled on and off with the NISMO treatment here in the U.S. for years, most recently on the 370Z but also on the now-discontinued Juke small SUV and former iterations of the Sentra compact sedan.

Automotive News says Takao Katagiri, NISMO’s global CEO, seems willing to give American-market NISMOs another go. Apparently, Nissan is “having lots of discussions,” about NISMO variants of various models that will be aimed at American customers. As with anything aimed at Yankee buyers, you can practically translate Katagiri’s statement to mean NISMO is eyeing trucks and SUVs. Actually, Automotive News quotes the Nissan executive as saying NISMO trucks and crossovers are “a possibility.”

So, no need to parse this much—NISMO is at least thinking about expanding into SUVs and trucks, largely as a way of bringing the NISMO name to more American-market vehicles. As for how the NISMO sub-brand would fit into Nissan’s core truck and SUV lineups, well, that’s a mystery. Currently, at least with its trucks, Nissan offers a Pro-4X (and, with the new Frontier, a two-wheel-drive Pro-X) off-road trim.

Might a NISMO Frontier or Titan layer on a thicker helping of off-road capability? Or would they be sportier rigs, both on-road and off it? We figure any NISMO-fied SUV or crossover would fall firmly into the sportier category, bringing enhanced on-road handling and more aggressive looks. We’ll need to wait and see what NISMO comes up with next, but a NISMO Z sports car is probably a safe bet.