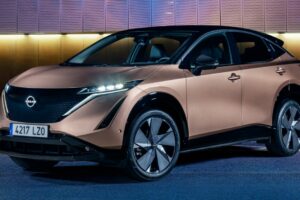 It looks like the launch of Nissan’s high anticipated fully electric crossover, the Ariya, will be delayed. A senior Nissan executive told Automotive News that the postponement is due to the coronavirus pandemic and the global semiconductor shortage.

The Ariya was supposed to go on sale in Japan by mid 2021, but it has since been tentatively pushed back to the fourth quarter of this year, during winter, executive vice president Asako Hoshino told reporters.

“Sales in the United States and Europe will typically come around two months later,” he said, so the Ariya will only enter the US and European markets by Q1 2022 at the earliest. Despite the delay, Hoshino expects to shift tens of thousands of the Ariya in its first year of sales, with the highest demand being in Europe. “I think in Europe, (the Ariya) will of course contribute to (the overall) unit sales.” European motorists are slowly making the jump to fully electric cars, thanks to attractive government incentives and tax breaks that favour EV adoption.

To recap, the sleek Ariva crossover is Nissan’s first mass market fully electric vehicle since the Leaf. It brings with it a new signature electric brand identity, and can be had with a choice of two lithium-ion battery capacities – 63 kWh and 87 kWh. Either variants can be specified with either front- or all-wheel drive.

With the smallest battery, the single-motor variant makes 160 kW (215 hp) and 300 Nm of torque and delivers an estimated range of up to 450 km on the WLTP cycle, along with century sprint time of 7.5 seconds. The motor is boosted to 178 kW (239 hp) with the 87 kWh battery, but because of the additional weight incurred, it’s slightly slower to get to 100 km/h at 7.6 seconds. However, the targeted range is the longest in the line-up – a whopping 610 km. The top speed is limited to 160 km/h for both variants.

In Japan, charging the Ariya via a 130 kW CHAdeMO fast charger provides 375 km of additional range in just 30 minutes. Prices in Japan are tipped to start from 5 million yen, so that equates to just under RM190k at the current exchange rate. So, like what you see?