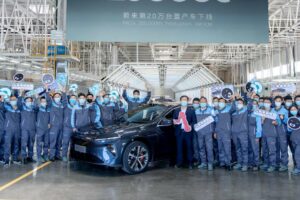 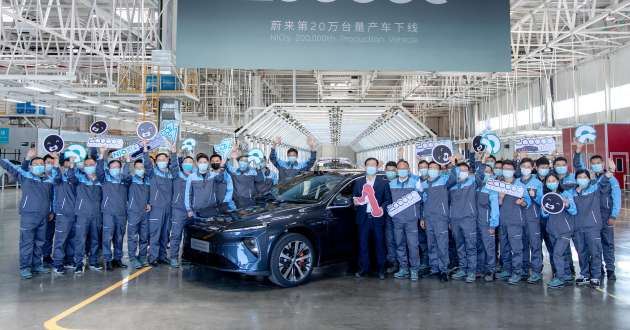 Nio recently celebrated the production of its 200,000th vehicle – an ET7 – at the JAC-NIO Advanced Manufacturing Centre located in Hefei, China. The achievement is significant for the electric carmaker, as it took less than four years from May 2018 to April 2022 to reach the production milestone.

The company also said it ramped up production during the previous 12 months to produce the second 100,000 vehicles, setting a new record for production speed of its kind – the 100,000-unit milestone came in April 2021. Since its inception, the company has battled to stay afloat and nearly ran the risk of bankruptcy at one point, although it still managed to launch five models, namely the EP9, EC6, ES6, ES8, and ET7.

In 2022, the company will begin selling the ET5 and ES7, which together with the ET7, are based on Nio’s second-generation technology platform, NT2.0. Meanwhile, the EC6, ES6 and ES8 will be upgraded with the latest digital cockpit hardware, which will also be offered as an update for existing owners.

By year-end, Nio says it will open no less than 100 new stores and over 50 Nio Service Centres and authorised service centres in China. Recently, it was announced that Nio’s network of EV battery swap stations – usable by all its models – has expanded to 900 stations, which is nearly a quarter of its target of over 4,000 stations by the end of 2025.

The company also expects R&D investment this year to double year-on-year, with a workforce that will number 9,000 personnel. In addition to its primary production facility, a second manufacturing base located at NeoPark will be up and running in Q3 2022.

Outside of China, Nio will launch its products and service system in more European countries like Germany, the Netherlands, Sweden and Denmark, having already established a foothold in Norway.