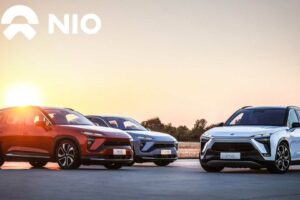 The company operates near its peak level.

It appears that in recent months, the company operates at its maximum manufacturing capacity and that there is still potential for more.

The sales of the ES6 model (a 5-seat SUV) are at a near-record level, the EC8 also cruises at a stable level, not far from its peak, while the ES8 notes another solid monthly result.

Only time will tell whether NIO will be able to accelerate sales even further in the second half of this year and reach 100,000 units in 2021.

According to reports from China, the company equipped its power swap stations with the latest 100 kWh battery packs and soon will ramp up deliveries of cars with a 100 kWh battery (the two first options were 70 kWh and 84 kWh).

The wide battery swap station network is one of the main differentiating points of NIO from other brands, like Tesla, BYD or Xpeng.

We are also eager to see the NIO ES8 launch in Europe (the first cars should be delivered to customers in September).