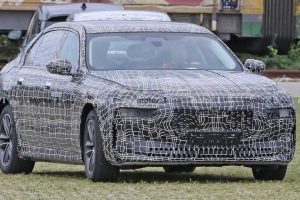 BMW has already announced the most powerful 7 Series won’t have a combustion engine.

This week, it’s all about the new Mercedes S-Class if we’re talking luxury sedans. The long-awaited W223 generation has been revealed with traditional powertrains and a plug-in hybrid setup, while spy shots from yesterday showed the fully electric equivalent – dubbed the EQS. Coincidence or not, BMW has been spotted out and about testing the S-Class’ archrival, the 7 Series, with PHEV and EV setups.

While the EQS will look substantially different than the S-Class / S-Class Hybrid by adopting a swoopy liftback shape, it would seem BMW won’t be going down the same road. The adjacent batches of spy images show the two flavors of the 7 Series will share most of the design, unless the heavy camouflage is playing tricks on us. 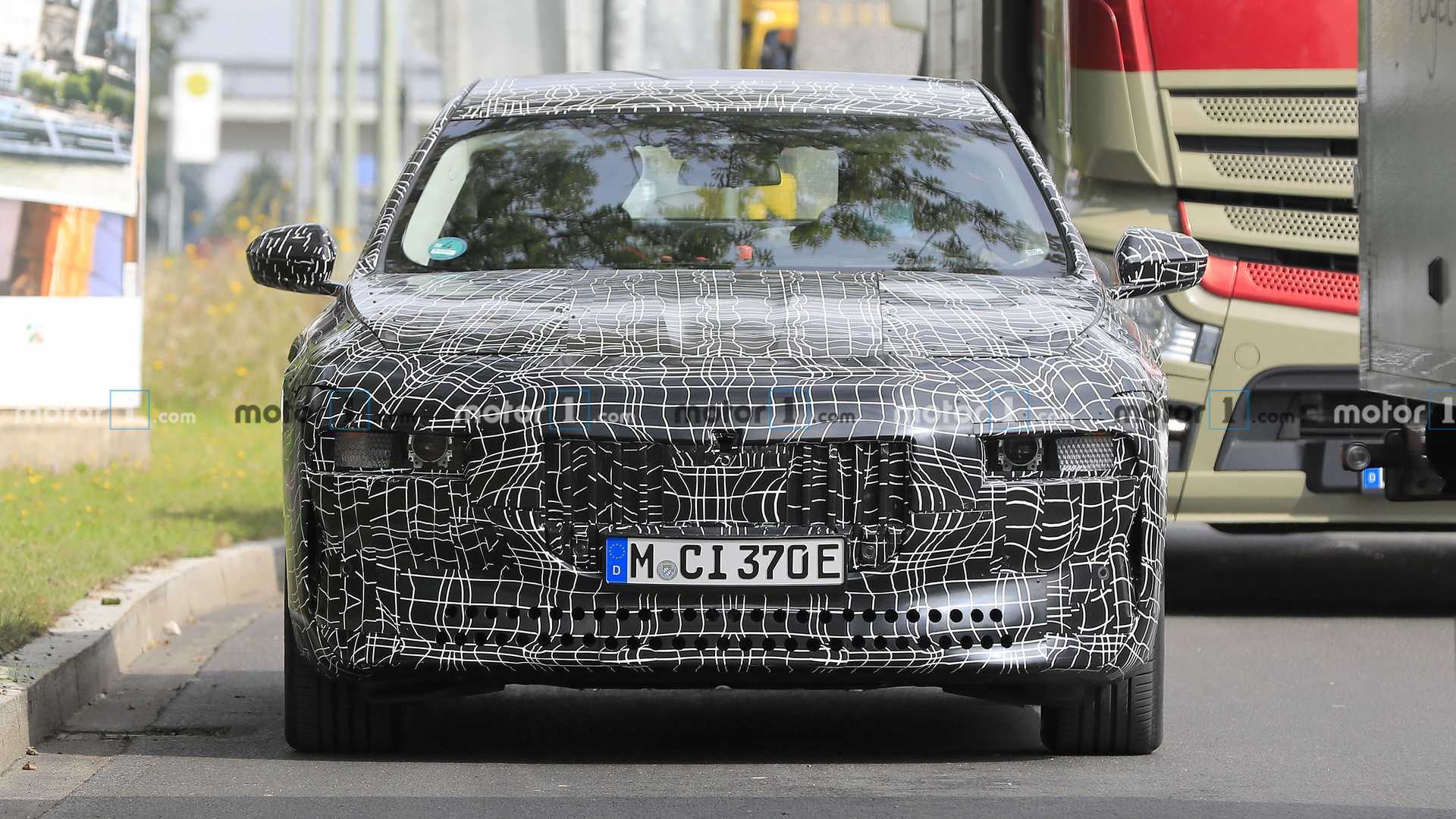 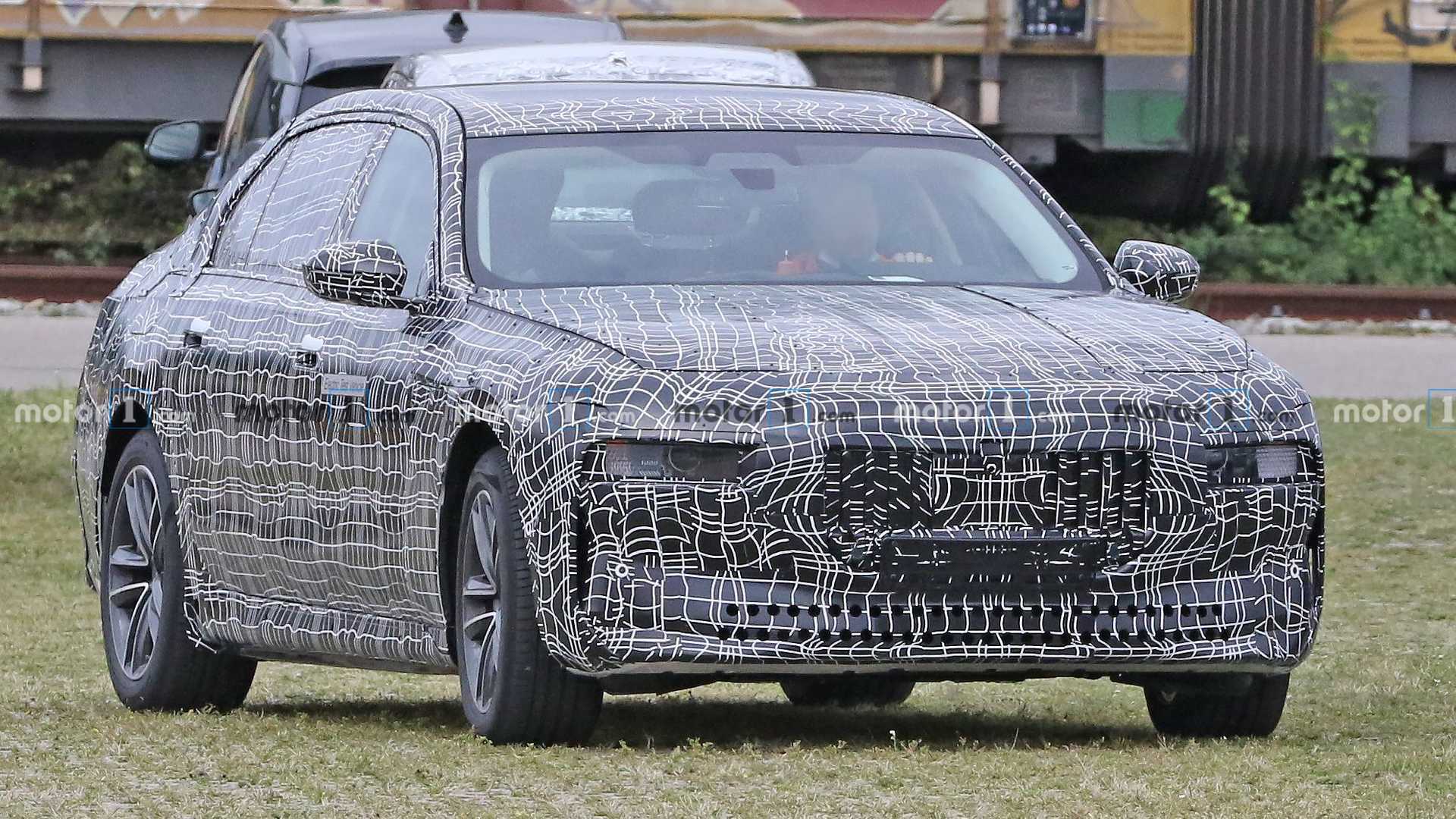 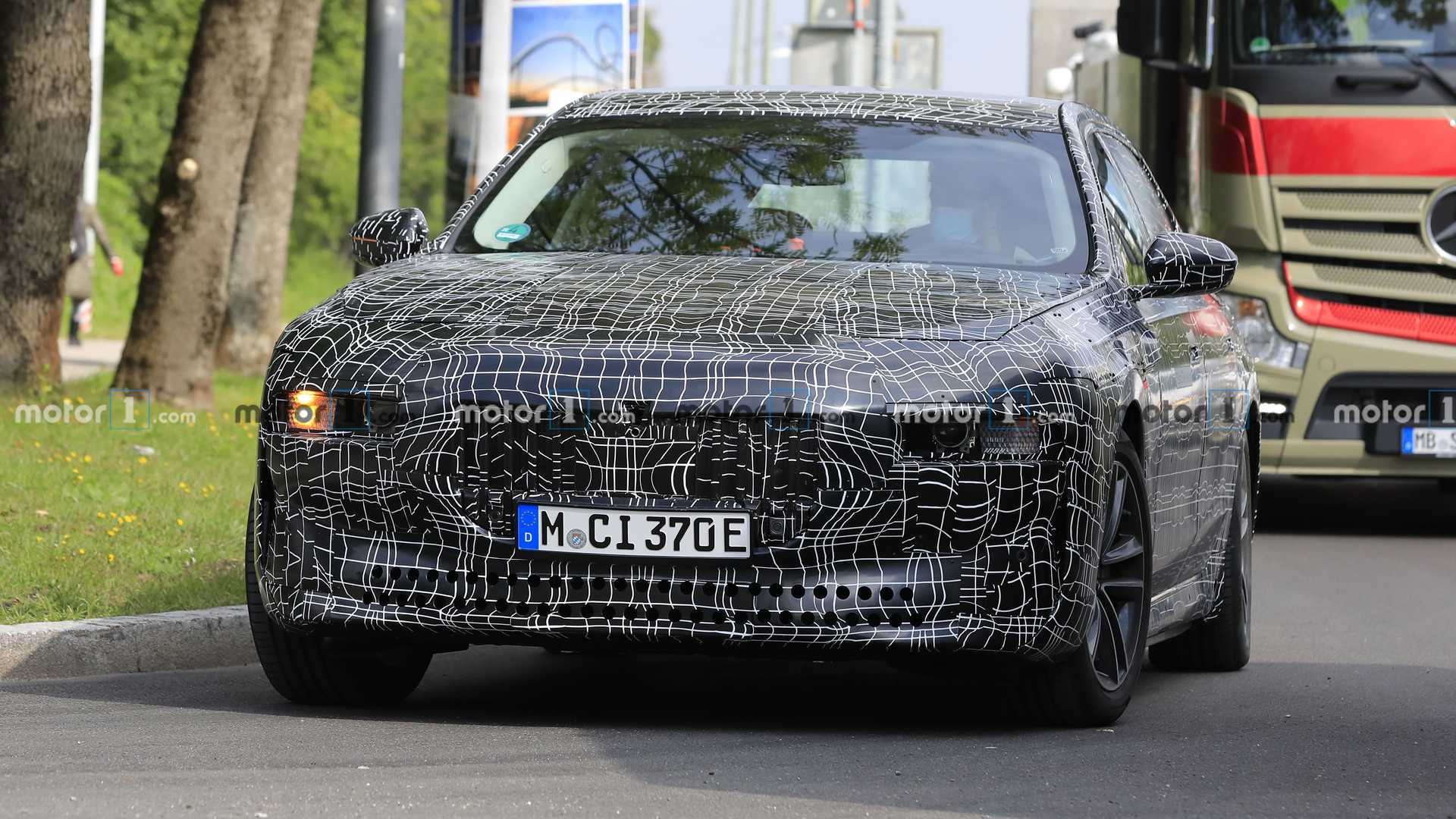 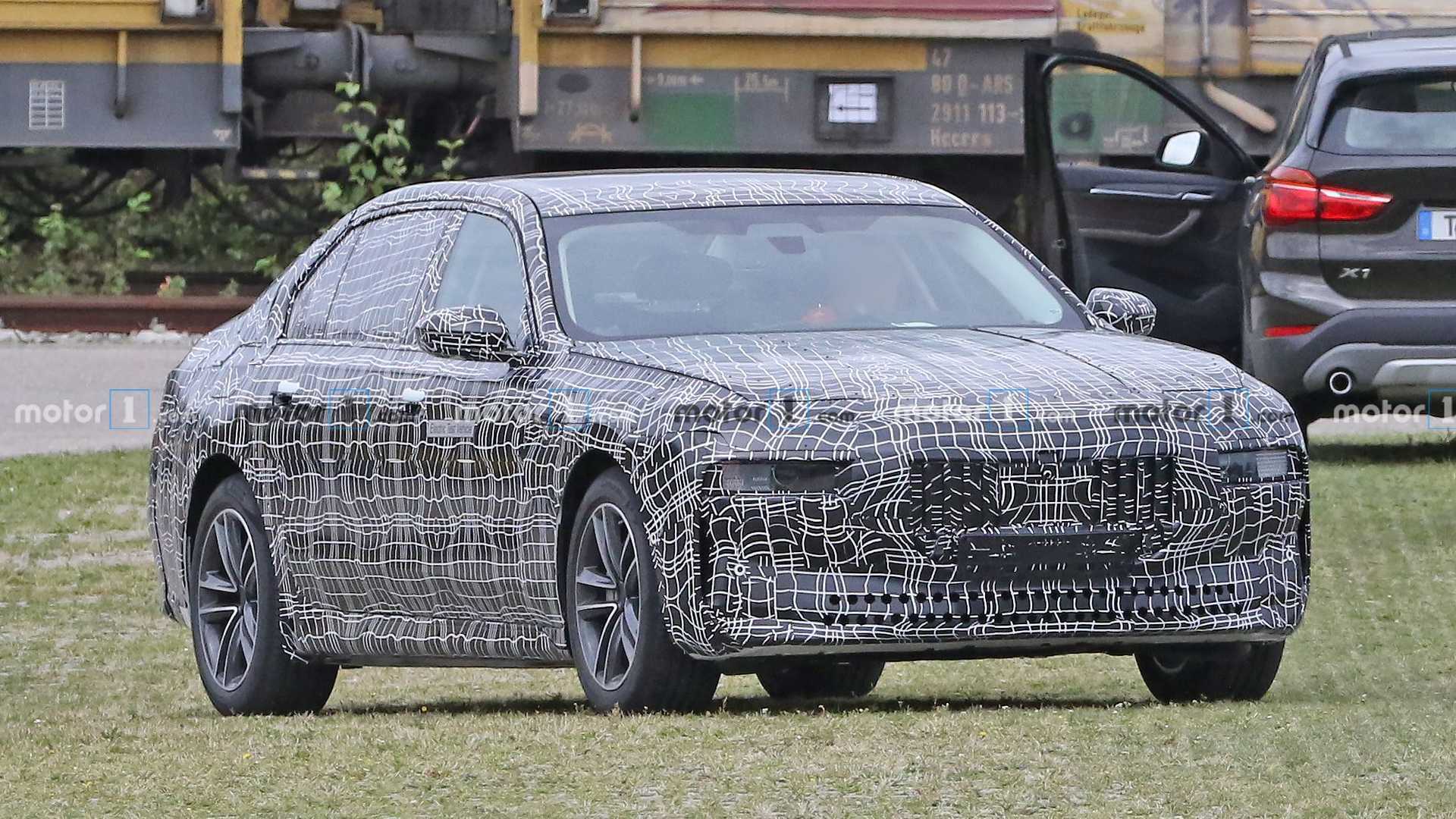 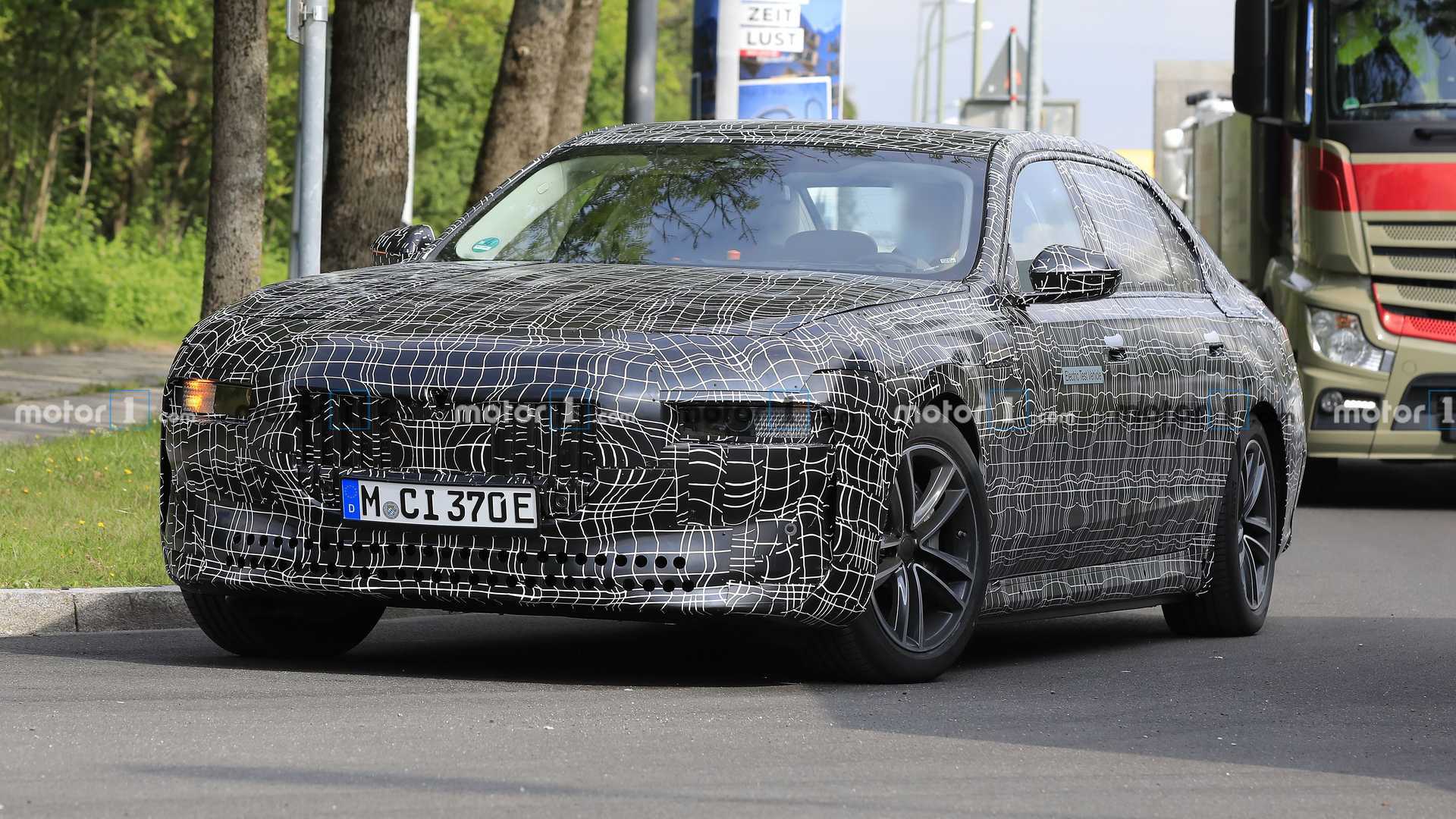 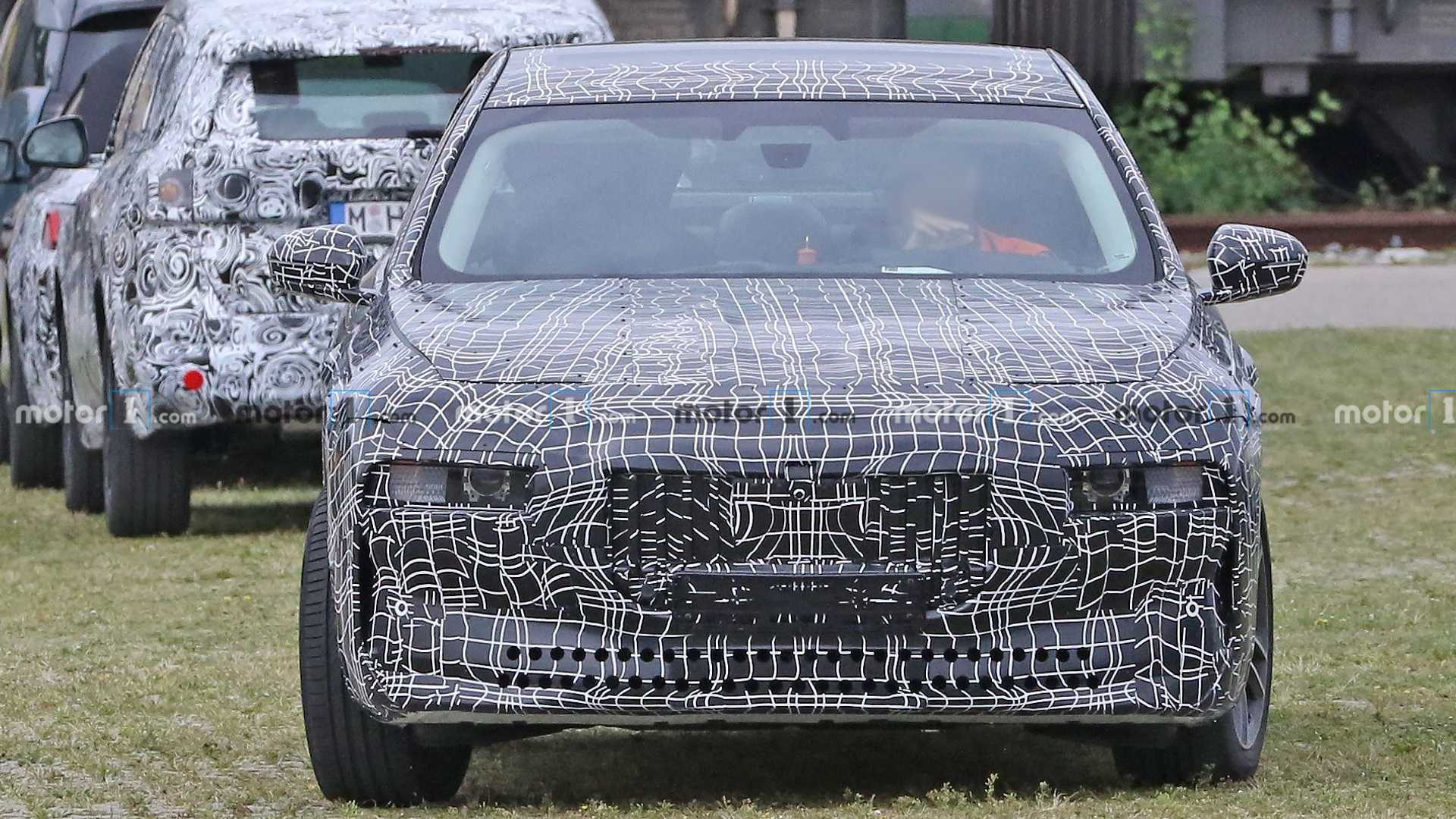 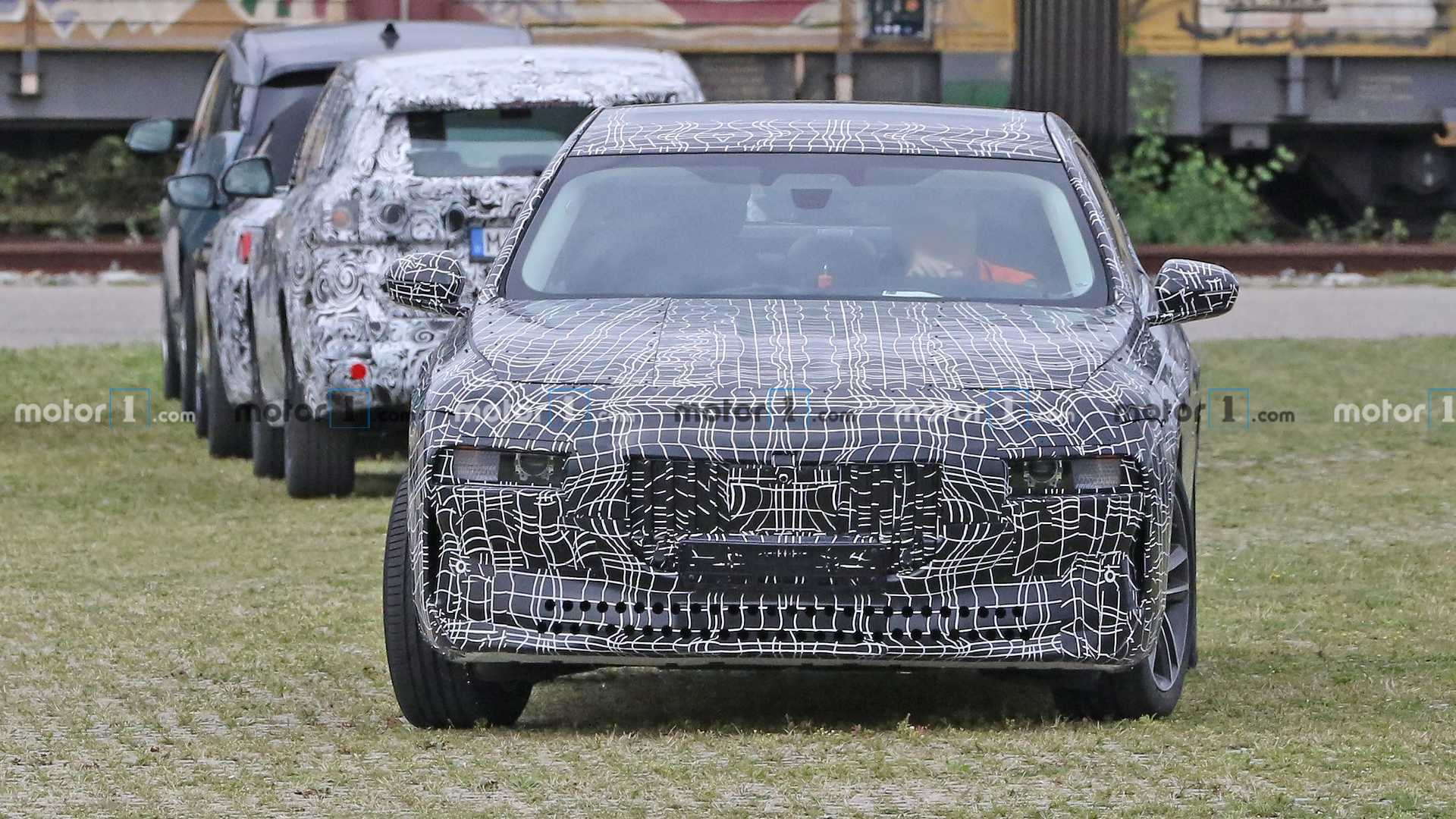 The next 7er appears to be carrying the production body, but we’re inclined to believe the headlights and taillights are placeholders. Aside from the different alloy wheels, you can tell which is which by checking out the back of the cars where the plug-in hybrid has a prominent quad exhaust setup, which the pure electric model obviously doesn’t need.

In addition, the PHEV version has fuel caps on both rear fenders, one to feed the combustion engine and the other to recharge the battery. The “Electric Test Vehicle” and “Hybrid Test Vehicle” stickers on the front doors and rear bumpers are further clues we’re dealing with two different types of propulsion. 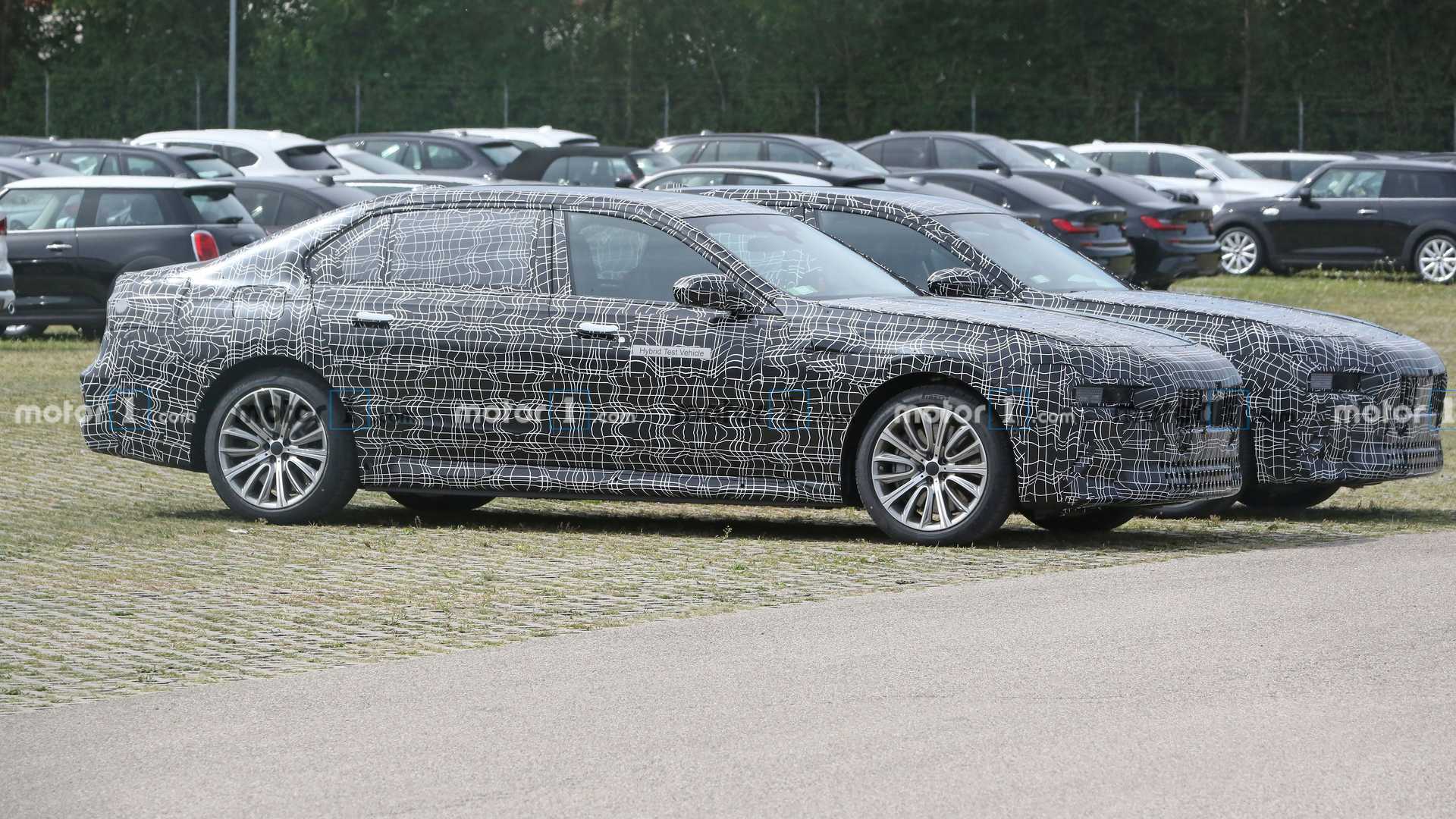 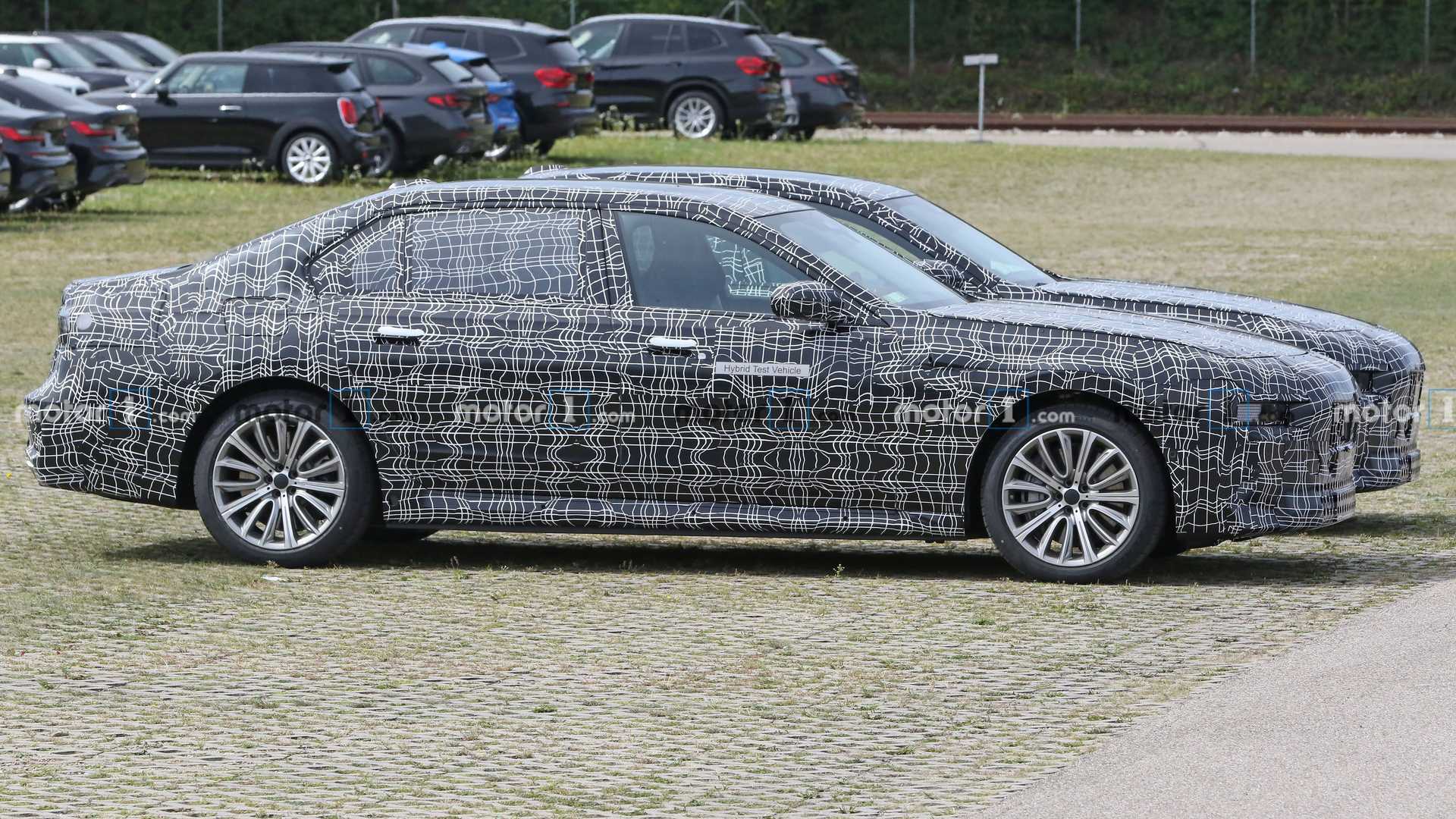 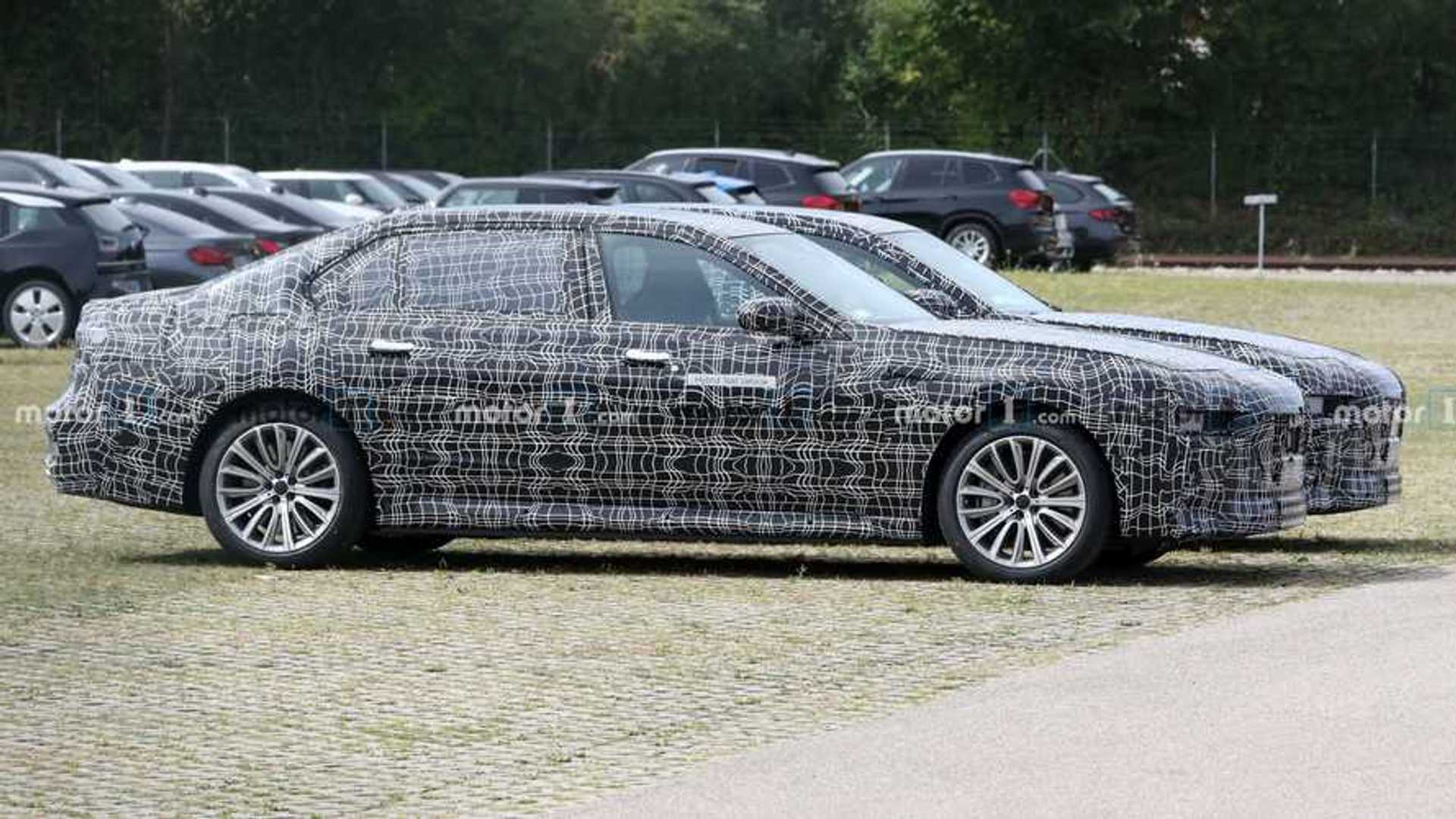 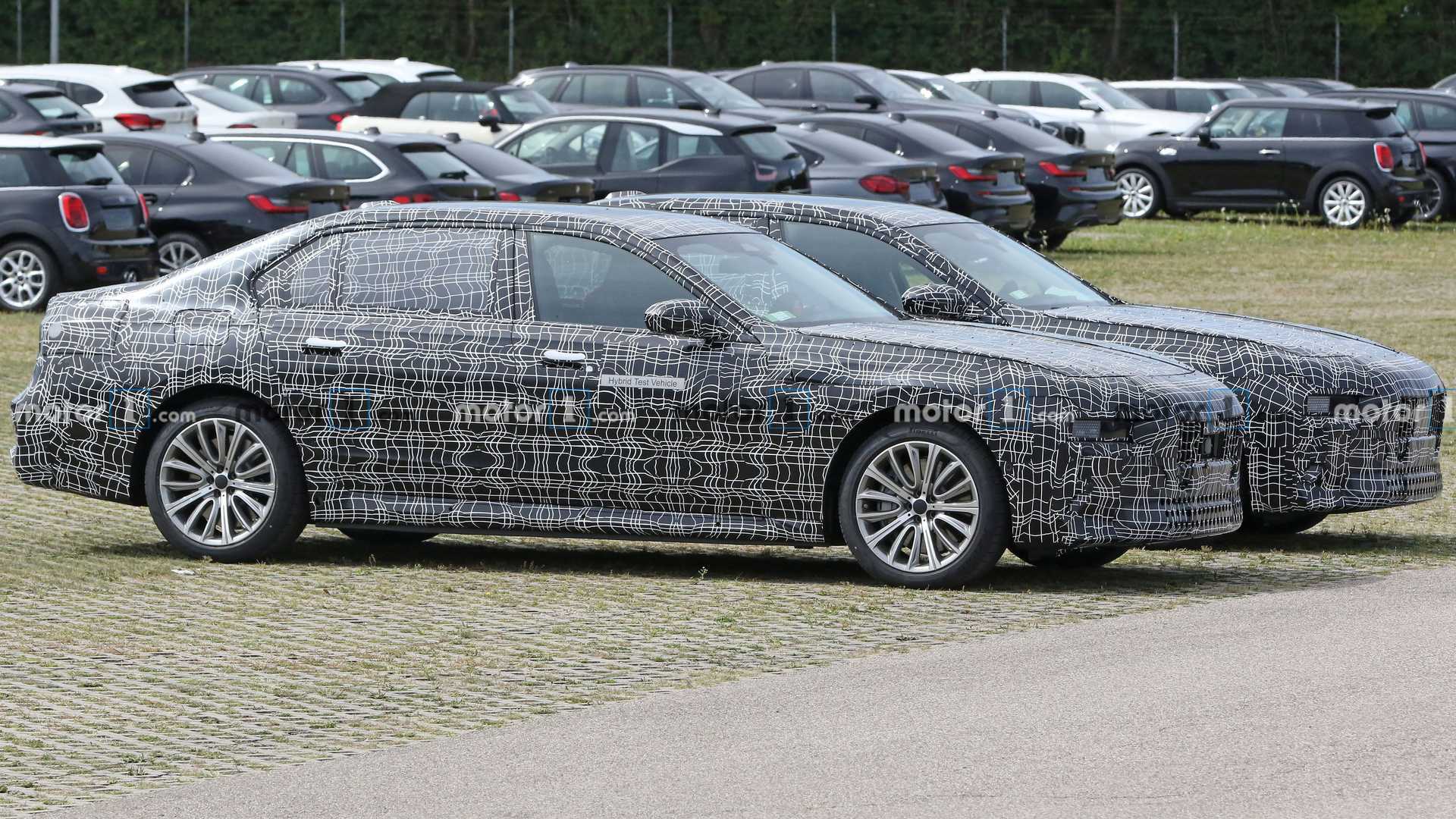 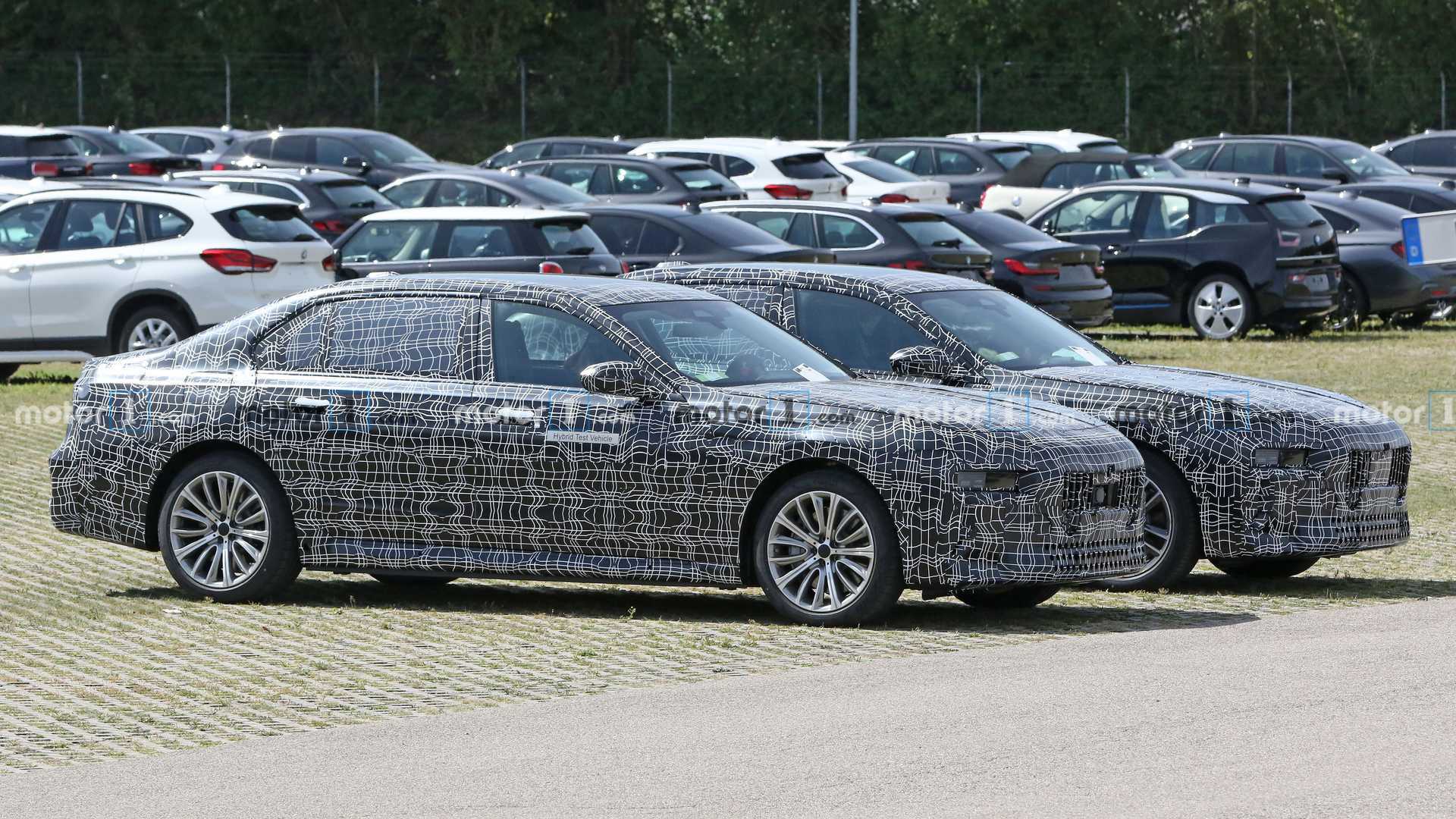 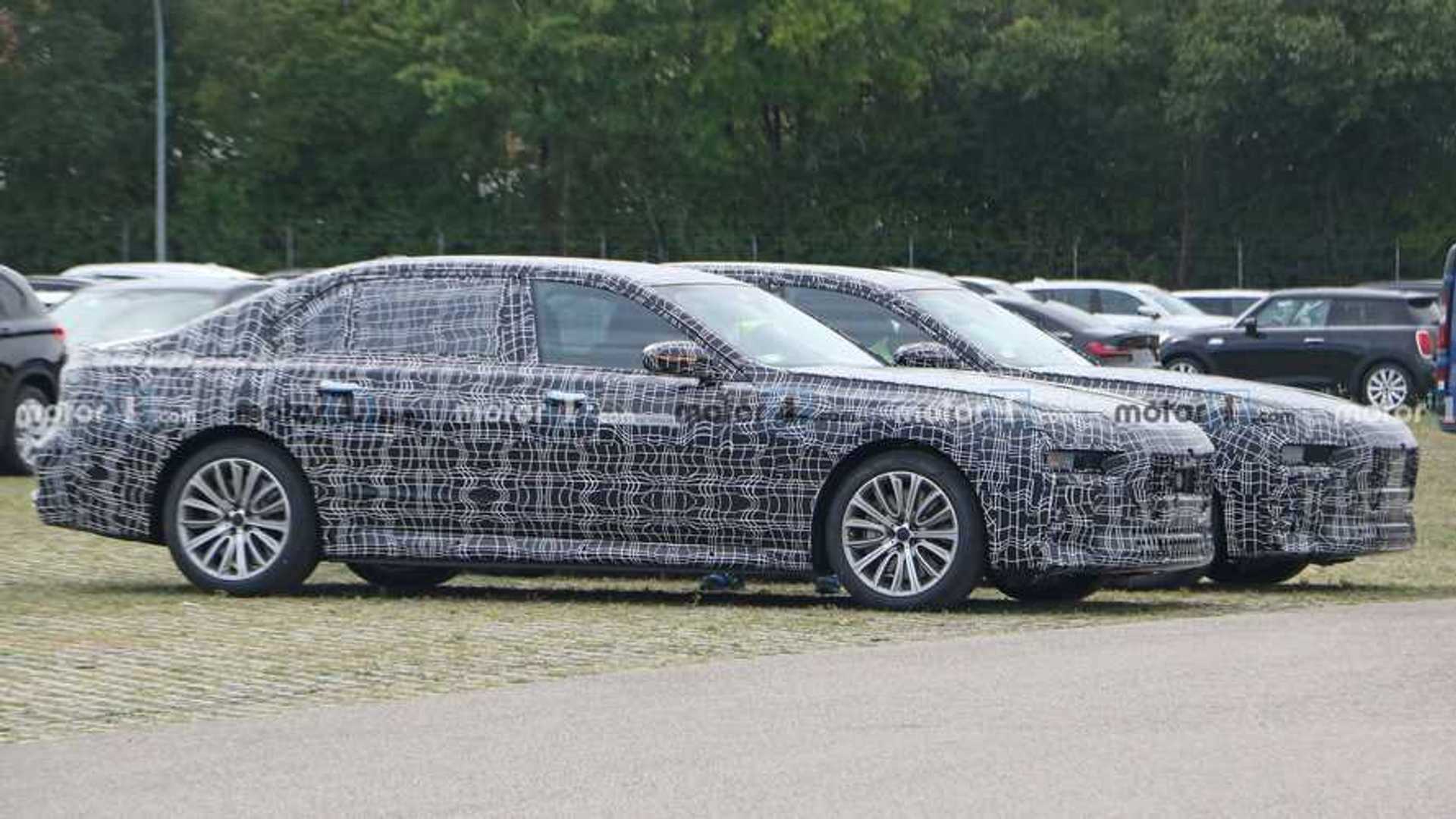 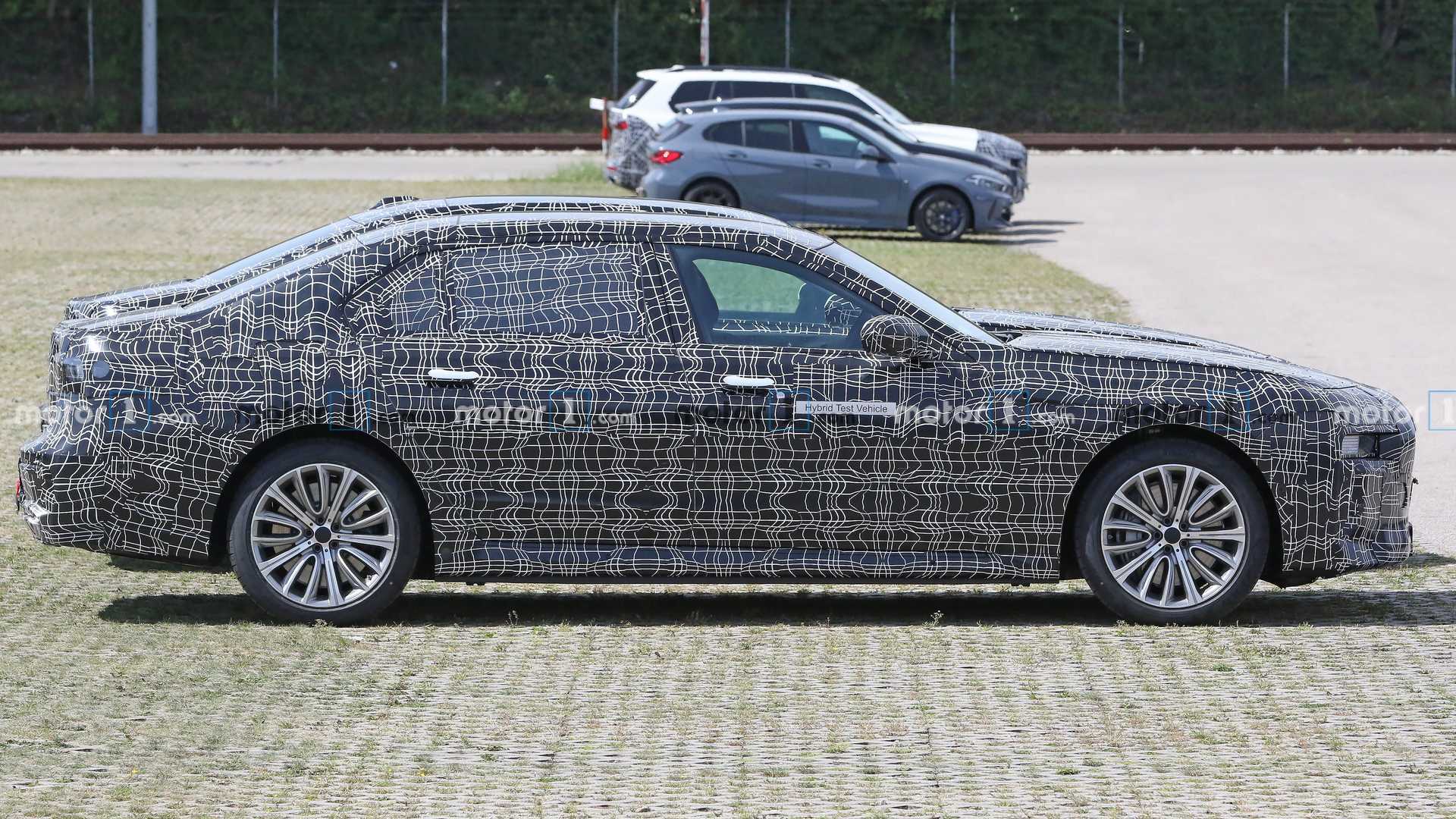 You can tell BMW went the extra mile disguising the prototypes by checking out the tiny black rivets that hold in place an extra layer of camouflage. A closer look at the side profile reveals what you might be tempted to believe are conventional door handles, but those are just white drawings on the camouflage. The actual handles are underneath and we’re getting the feeling they’re similar to those of the i4.

Despite the abundance of camouflage, these prototypes indicate there will be some major changes in terms of design compared to the current 7 Series. Some shark nose cues seem to be protruding from the disguise, and we’re getting some E38 vibes here and there. Of course, we’re concerned about the size and shape of the grille, but it’s looking good so far.

BMW made the effort to hide even the door card on the driver’s side, which leads us to believe the interior will go through some massive changes. A radical overhaul can be noticed in the new S-Class, which is expected to lend its screen-heavy interior to the EQS in 2021 when the zero-emissions vehicle is programmed to come out.

Little else is known about the new range-topper from Bavaria, although we’ll remind you BMW has promised to make the electric variant – believed to be called i7 – the most powerful of the bunch. The twin-turbo 6.6-liter V12 available in today’s M760i is on its way out due to low demand and increasing costs to make it comply with stringent emissions regulations.

Judging by the state of these prototypes, there’s still a lot of testing and tweaking that needs to be done. Our money is on a reveal in 2022, with the cars possibly arriving in the United States for the 2023MY.