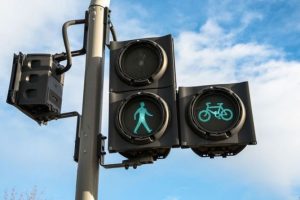 New traffic lights will aim to make roads more cycle-friendly by allowing them to pass before drivers in a major new design. The new tool is thought to reduce the likelihood of accidents as it cuts the risk of cyclists being hit by road users.

The new technology will use cameras and artificial intelligence tools to detect approaching cyclists.

This will then change traffic lights to stop cars while allowing cyclists to pass freely without restrictions.

Directional lights which may turn cars into the path of cyclists will not be active to ensure safety.

Cyclists are invisible to many of the current traffic light systems meaning UK streets may have to be updated to fit the new technology if it takes off. 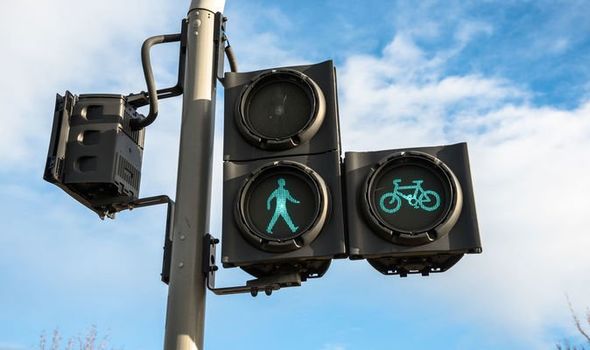 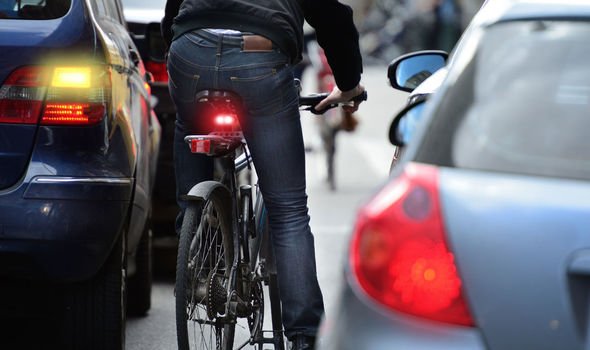 Trials will be conducted in Coventry, Southampton and Wolverhampton to assess the possible benefits of the system.

The new tool will cost less than £700 to install on each traffic light and could be a quick fix to reduce fatalities across the UK.

Data from the Department for Transport (DfT) has revealed that three-quarters of road accidents where cyclists were injured happened close to junctions.

These can be dangerous for drivers who are likely to be blamed for any incident even if it was not their fault.

Lawyers have previously warned that road users would need to provide evidence proving they were innocent rather than the other way around.

This could see drivers invalidate their car insurance or even issued charges for dangerous driving if they do not have any witnesses or dashcam footage.

He said: “Our system deals with the reality that cyclists sometimes run through a red light.

“It does so by simply making sure it’s always green for them.

“The system will allow councils to send a message, where appropriate, that cycling is being encouraged by giving riders priority.

“Our system can be calibrated to prioritise even a single cyclist approaching a junction.”

The new tools have also been installed to fit in line with new Highway Code legislation which is set to also prioritise cyclists and pedestrians. 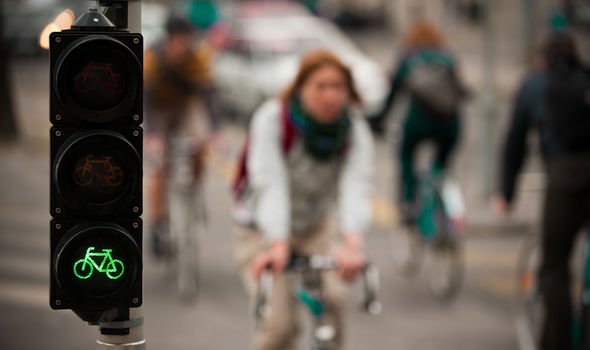 The new “hierarchy of road users” system will see drivers considered responsible for the safety of the road as they can do more damage.

The new lights are part of a series of measures local councils have installed in a bid to encourage road users to ditch their vehicles.

Cambridge opened their first cycle-friendly Dutch roundabout in August at a cost of over £2million.

The new system has an outer ring for cyclists and pedestrians with cars forced to stop at each junction to allow them to pass.

Meanwhile, many local cities closed down local roads to build more cycle lanes at the height of the pandemic to help with social distancing.