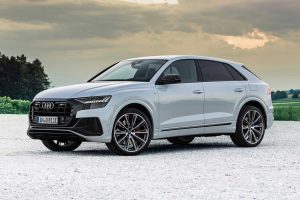 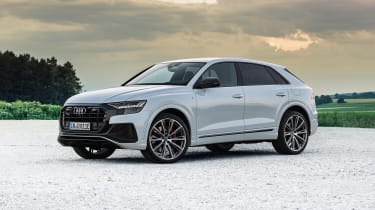 Its powertrain comprises a turbocharged 3.0-litre V6 petrol engine, a 100kW electric motor and a 17.8kWh lithium-ion battery pack bolted underneath the boot floor. The system sends drive through an eight-speed automatic gearbox to an adaptive all-wheel-drive system, which can direct up to 70 percent of the engine’s torque to the rear wheels.

Buyers have their choice of two engine outputs. The entry-level Q8 55 TFSI e develops 376bhp and 600Nm of torque, which provides a claimed 0–62mph time of 5.8 seconds, an electronically limited top speed of 150mph and a maximum pure-electric range of 29 miles.

The range-topping Q8 60 TFSI e increases the powertrain’s output to 456bhp and 700Nm of torque, which lowers the SUV’s 0–62mph time to 5.4 seconds. Top speed remains the same but, due to the increased electrical demand for the higher output, the car’s maximum pure-electric range drops to 28 miles.

Audi says the Q8 55 TFSI e variant can deliver up to 100mpg, while emitting just 65g/km of CO2. The 60 TFSI e version is a little less efficient, with a claimed fuel economy figure of 97mpg and CO2 emissions of around 66g/km of CO2. 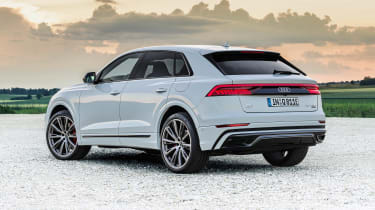 When connected to a 7.4kW domestic wallbox charger, the Q8 TFSI e’s battery pack can be fully recharge in around two-and-a-half hours. A mode 3 charging cable is thrown in for free. As an optional extra, buyers can also gain access to Audi’s e-tron charging service, which comprises a network of 150,000 charging stations across Europe.

Like most plug-in hybrids, the Q8 TFSI e comes with three drive modes – Auto, Hold and Charge. The first automatically manages the powertrain’s use of combustion and electric power; the second saves the battery’s charge level for use later in the journey and the third uses the petrol engine and brake recuperation system to brim the battery on the move.

UK specifications for the Q8 TFSI e models have not been outlined, though Audi has said that its European models will come as standard with a sporty S line body kit, 21-inch alloy wheels, red brake calipers and Matrix LED headlights. Inside, buyers get a pair of sports seats, stainless steel pedals and a 10.1-inch touchscreen.

Audi’s 12.3-inch Virtual Cockpit digital instrumentation is also included in the base-price but, like all of the company’s vehicles, the options list is extensive. Upgrades include adaptive cruise control, a digital head-up display and, unless you shell out for the 60 TFSI e model, adaptive air suspension.

Audi has also confirmed that at the very top of the line-up there’ll be a Vorsprung model. Upgrades over the standard model will include ventilated and massaging sports seats, an Alcanatara headliner and a Bang & Olufsen sound system. A price will be revealed at a later date.

What do you make of the new Audi Q8 TFSI e? Let us know in the comments section below… 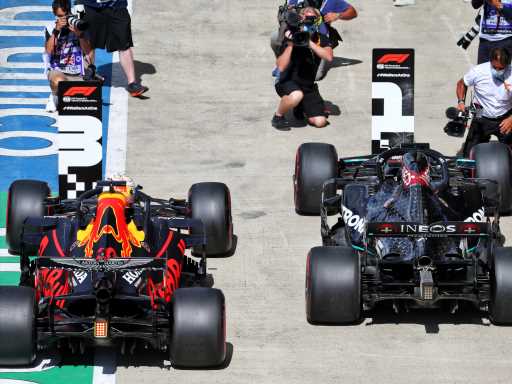 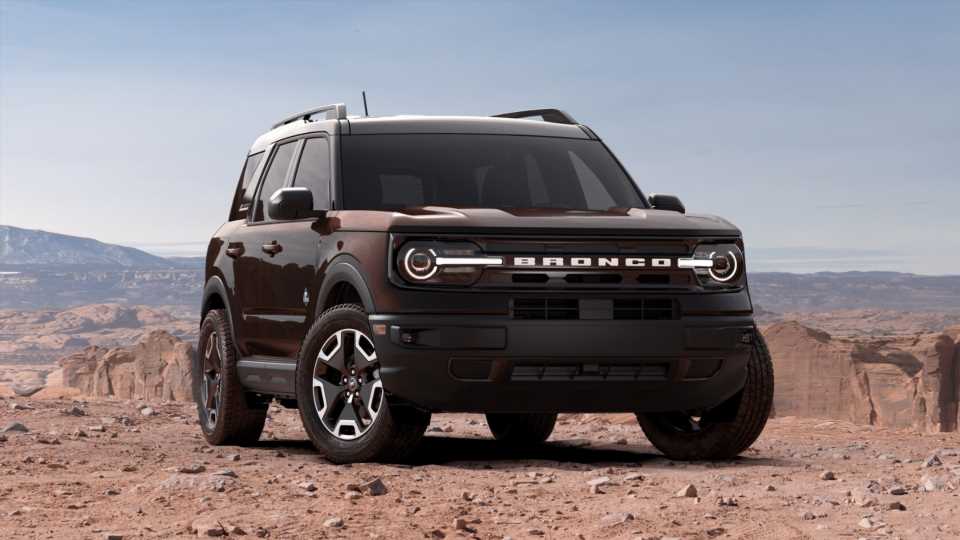 This Is How I'd Spec a 2021 Ford Bronco Sport. Show Us Your Build 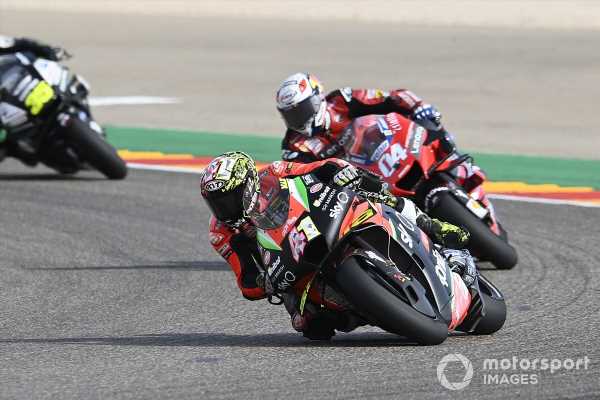 Aleix Espargaro ‘hates’ to overtake like at Teruel GP