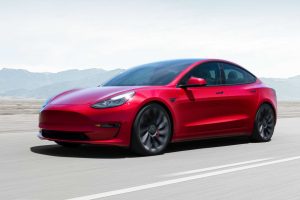 The UK government has implemented policies to encourage drivers to go electric, but Tesla is excluded by design.

The UK government has implemented a number of policies to encourage drivers to go electric. However, what the inscrutable powers that be give with one hand, they often take away with the other. Auto industry groups and media observers were unpleasantly surprised by the government’s recent decision to cut back its existing grants for EV purchases.

The change in eligibility is bad news for Tesla, whose Model 3, currently priced around £40,500, has consistently been the country’s best-selling EV. Several upcoming models, including Ford’s Mustang Mach-E, will not be covered either.

The government made it clear that it is targeting Tesla and other higher-priced brands. “We’re ending the Tesla subsidy. Taxpayers should not be subsidising people to buy £50,000 cars,” a government spokesperson told The Times.

The plug-in car grant was introduced a decade ago. Since 2018, it has periodically been reduced from its original level of £5,000. The government argues that, with battery prices falling and a range of cheaper EVs coming onto the market, reducing the scope of the grant will allow the available funding to go further.

“The increasing choice of new vehicles, growing demand from customers, and rapidly rising number of charge points means that while the level of funding remains as high as ever, given soaring demand, we are re-focusing our vehicle grants on the more affordable zero-emission vehicles,” said Transport minister Rachel Maclean.

Auto manufacturers are not amused. The Society of Motor Manufacturers and Traders (SMMT) said the decision works against the government’s goal of encouraging EV adoption. “This sends the wrong message to the consumer, especially private customers, and to an industry challenged to meet the government’s ambition to be a world leader in the transition to zero-emission mobility,” said SMMT chief executive Mike Hawes.

Ford of Britain said the grant cut was “disappointing,” and “not conducive to supporting the zero-emissions future we all desire.”

“Robust incentives—both purchase and usage incentives—that are consistent over time are essential if we are to encourage consumers to adopt new technologies,” Ford of Britain Chairman Graham Hoare said.