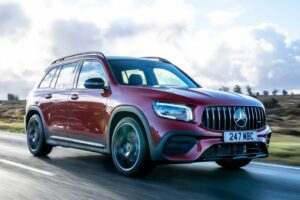 It may not be the biggest seven-seat SUV, but the hot Mercedes-AMG GLB 35 will suit keen drivers seeking a practical family car