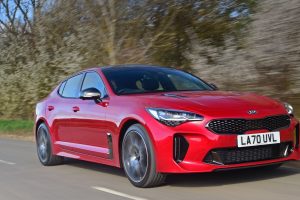 The Kia Stinger GT-S delivers strong pace, style and value, but it's not as practical as the 5-door body suggests and the fuel economy will sting the most.