The next-gen Mahindra Thar has been under development for a while now. We have been seeing prototypes of the car being tested for about a year now, and we were expected the car to be showcased at Auto Expo 2020. However, the company decided against it and is probably saving the unveil for the official launch, which is expected to take place sometime later this year. The new-gen off-road SUV is set to come with a host of cosmetic and mechanical updates and BS6 engines.

Visually, the test mule of the new-gen Mahindra Thar is still heavily camouflaged and doesn’t reveal anything new about the SUV. However, we do get to see the new 5-spoke alloy wheels that certainly add a lot more character to the new Thar. The SUV will also come with both soft- and hard-roof options, while maintaining its Willys Jeep-inspired boxy design with the classic round headlamps, large fenders with integrated indicators, and tailgate-mounted spare wheel, among others. 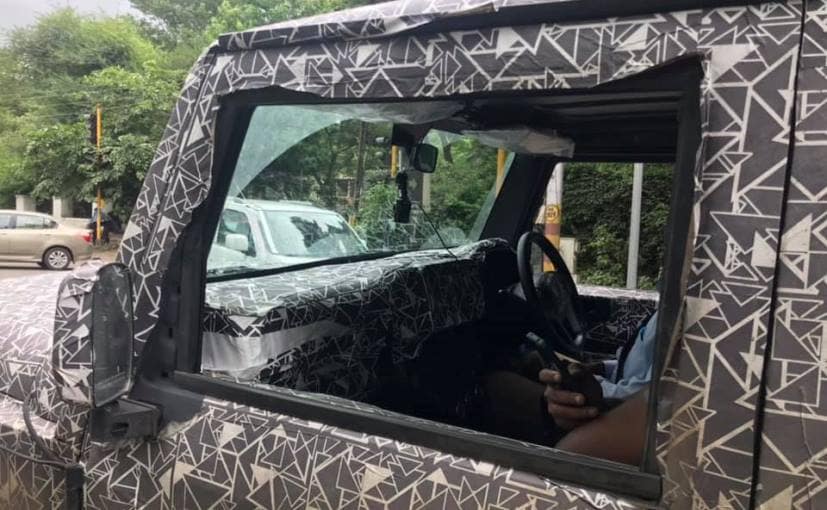 While we do not get to see the cabin in these images, based previously seen spy photos, the Mahindra Thar will also come with an updated cabin. The SUV will get an all-black dashboard featuring new dials for the air-con system, new steering wheel, restyled central air-con vents, and possibly even a touchscreen infotainment system. It will also feature comfortable seats with improved side-bolstering and upholstery for the driver and co-driver, while the rear seats will get the side facing bench seats as before. The 2020 Thar will also get features like a brand-new instrument cluster with a MID (Multi-Information Display) unit, and a new gear lever. In terms of safety, the 2020 Mahindra Thar will feature front, ABS driver airbag, rear parking sensors and speed alert system among others.

Under the hood, it’s possible Mahindra might offer both petrol and diesel engine options, and while latter will be a 2.2-litre oil burner, the petrol option could get the 2.0-litre mStallion engine that was showcased at the Auto Expo 2020. Currently, the Mahindra Thar comes with a 2.5-litre diesel engine.