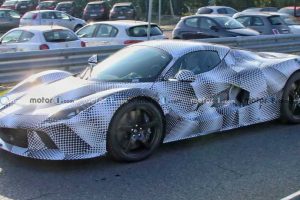 There’s lots of LaFerrari in the skin of this Prancing Horse, but it may not stick around.

In the exciting world of automotive spy shots, we see all kinds of interesting vehicles from a range of manufacturers. We don’t often see Ferrari, which is why this recent sighting is notable for multiple reasons. There have been several different Ferrari prototype sightings as-of late, suggesting the folks from Maranello have their development teams in high-gear. The car you see here, however, could be the ruler of them all.

That’s because this is almost certainly Ferrari’s next-generation hypercar. We first spotted it a few days ago on video, though a nice closeup look from all angles eluded us. With a fresh set of spy shots now capturing the test vehicle front and rear, we can better see how this vehicle is similar and different from the LaFerrari. 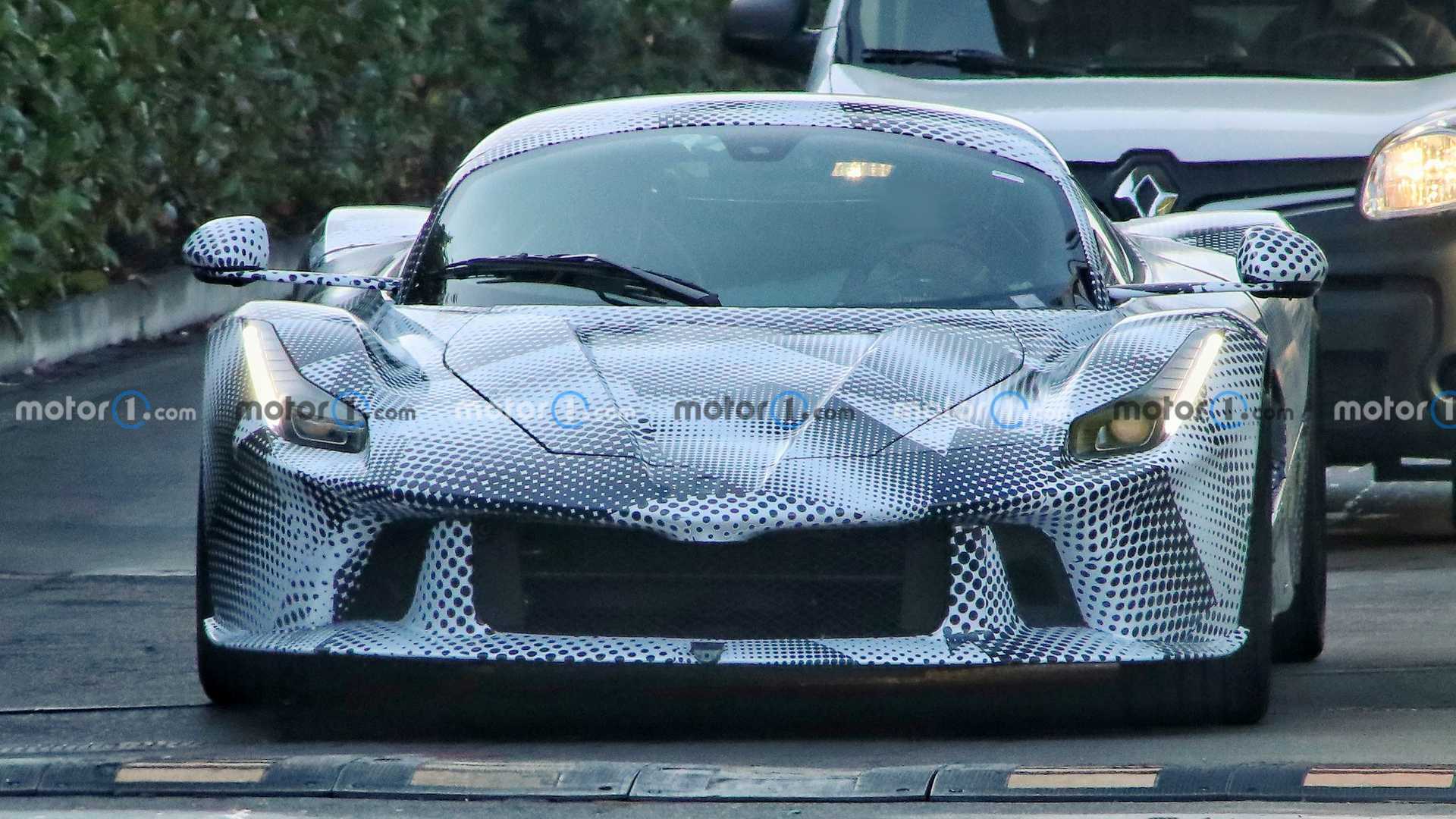 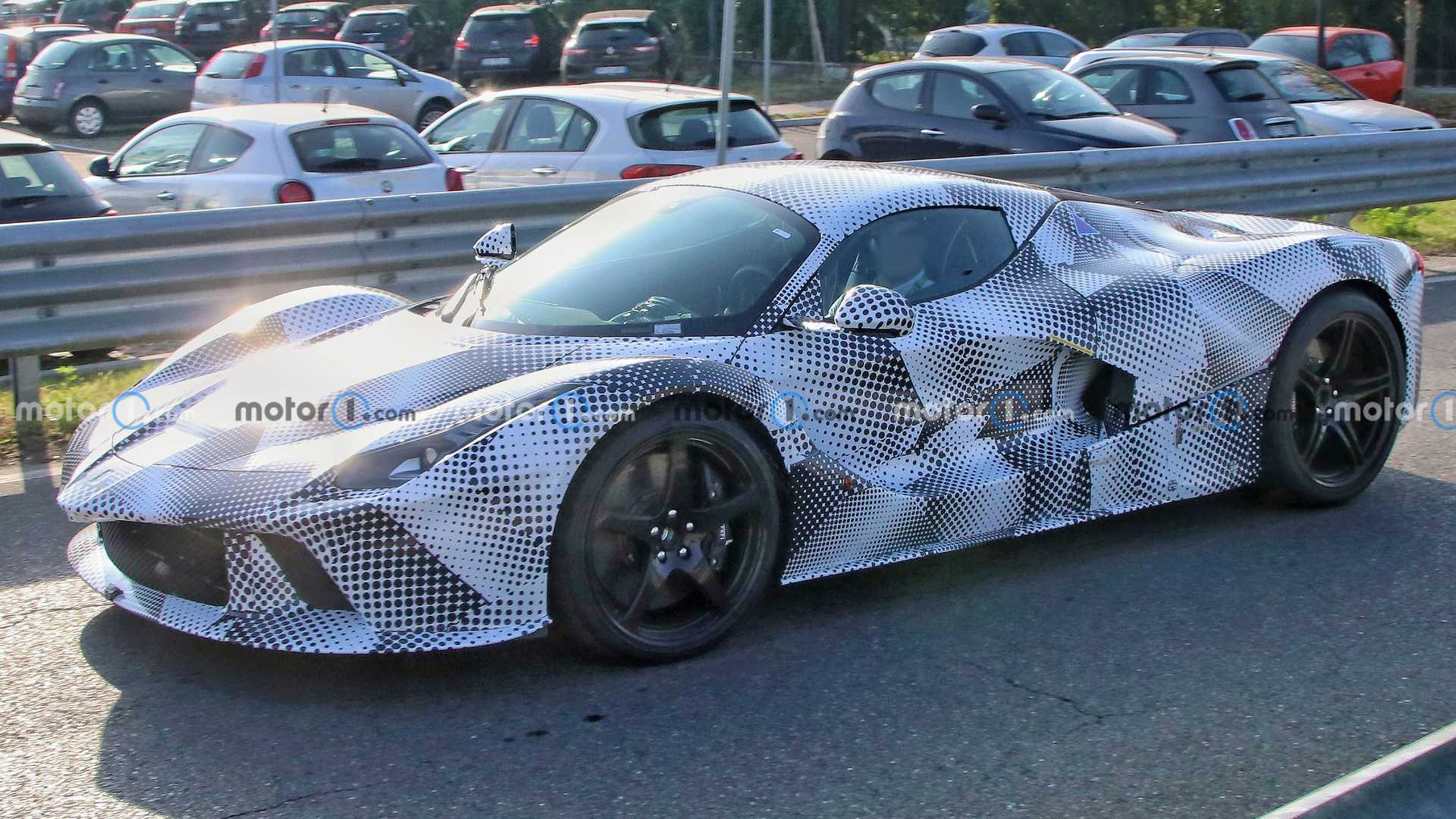 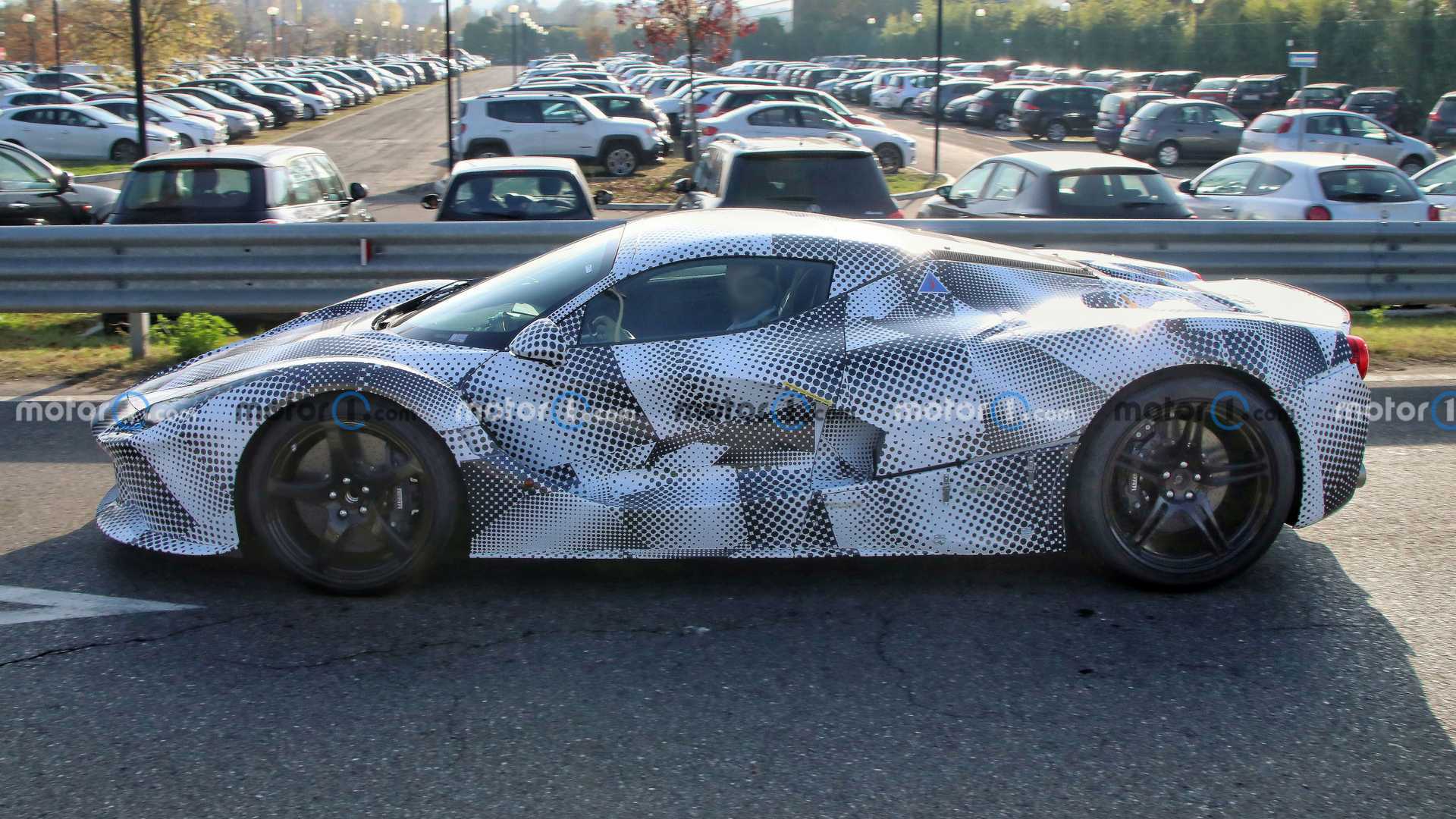 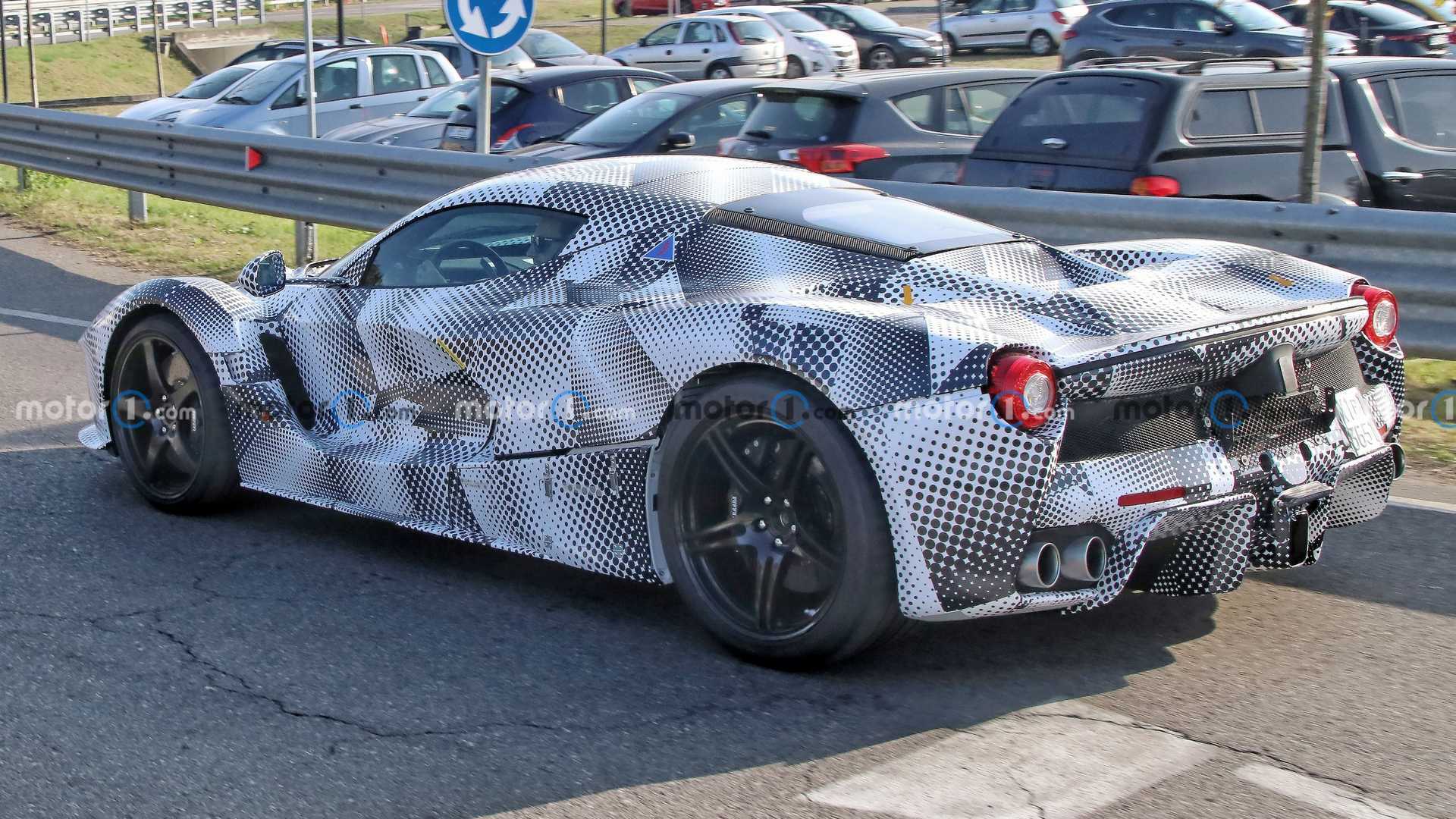 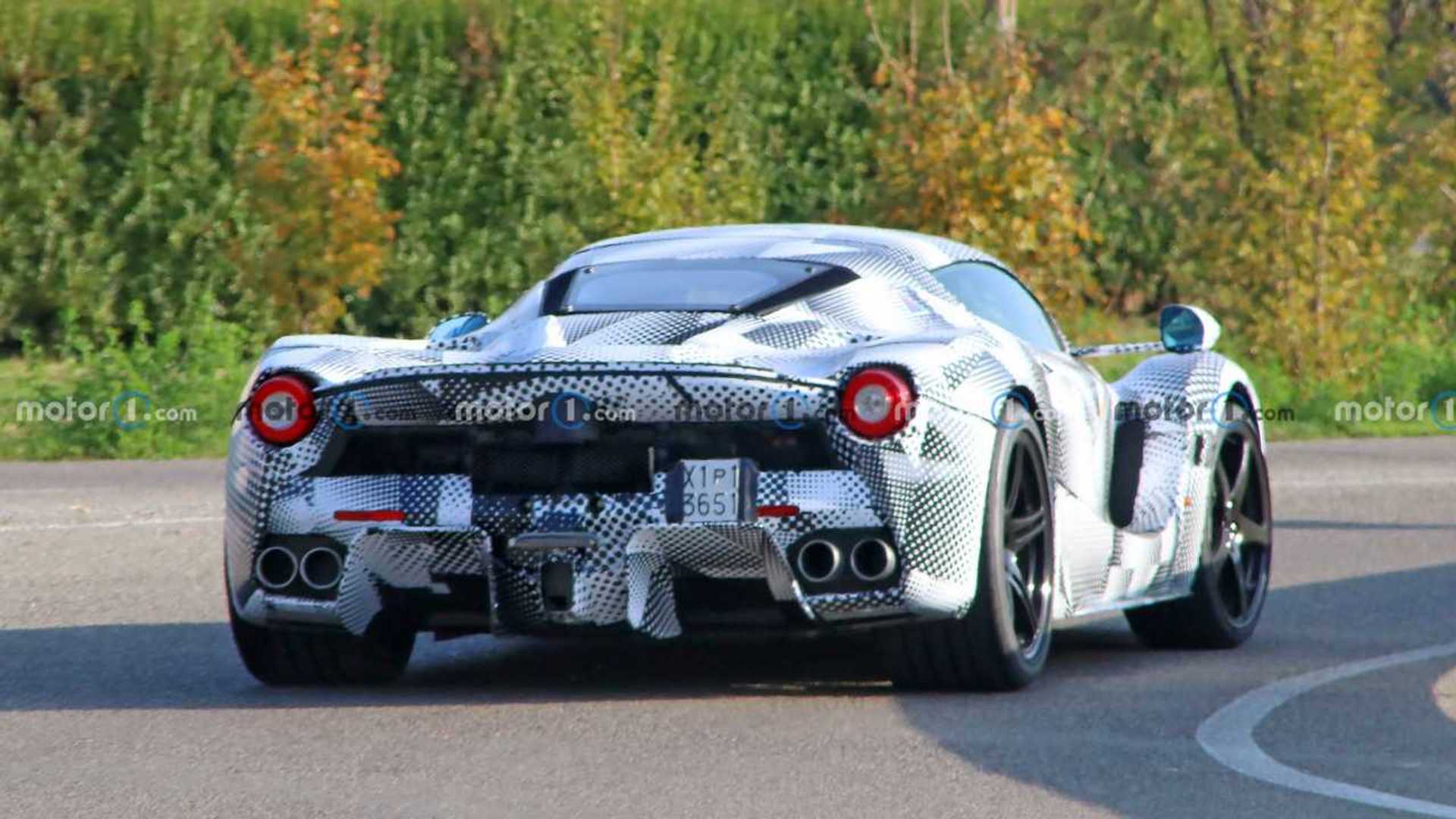 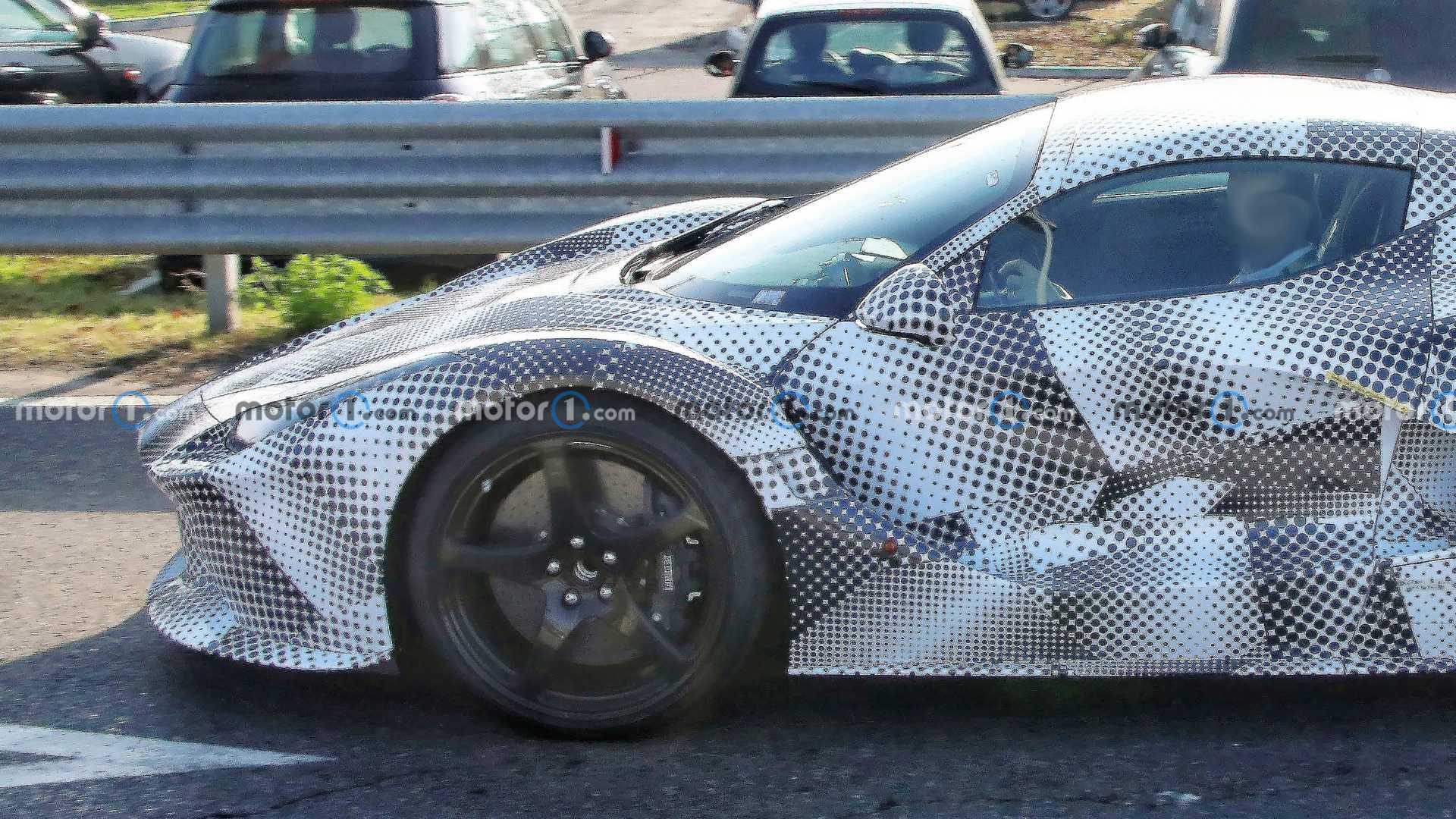 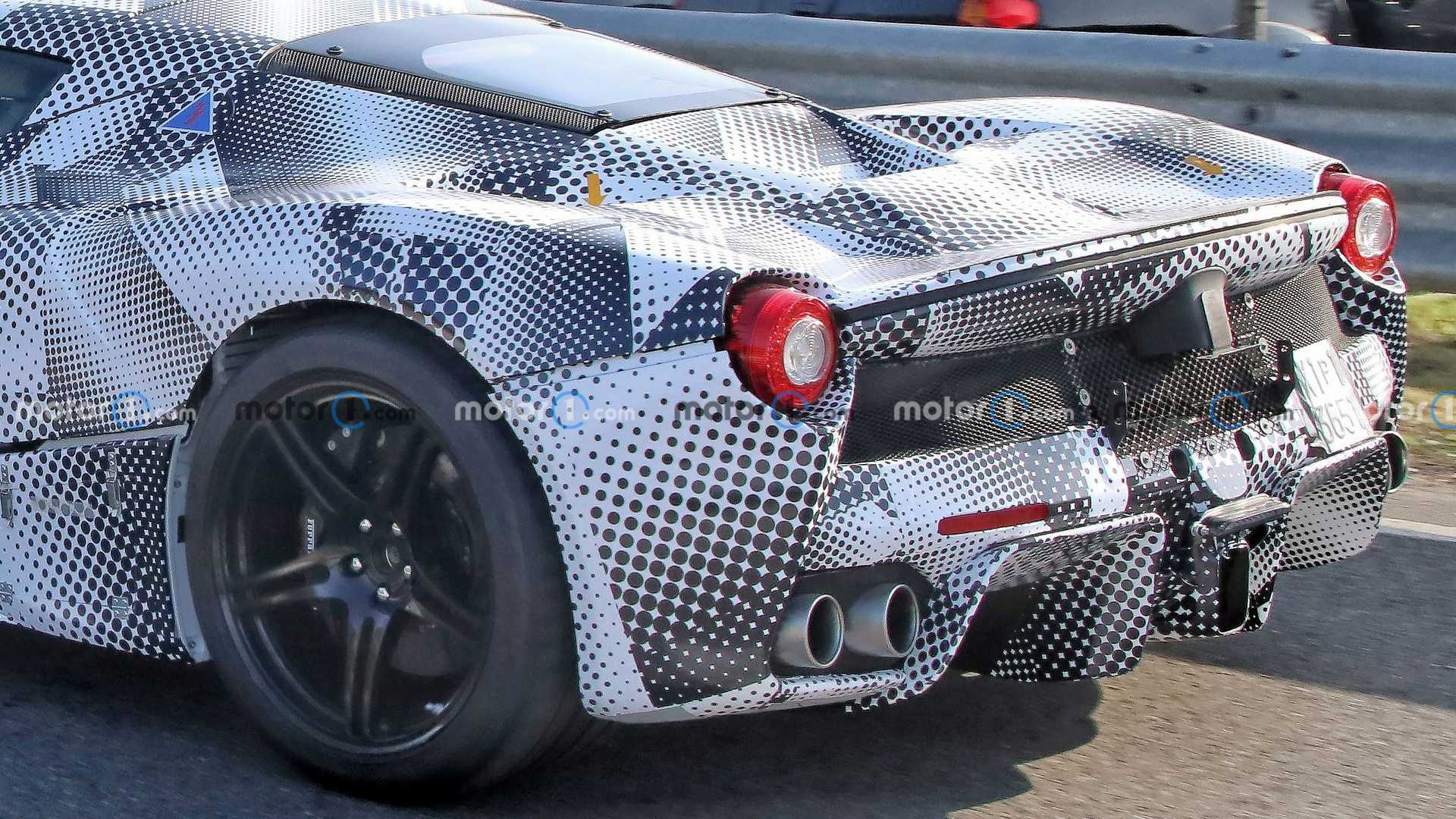 For starters, it’s quite likely this prototype is merely using a modified LaFerrari body for powertrain testing purposes. The front fascia is completely different from the LaFerrari, and the hood lacks the LaFerrari’s vents. The headlights and profile certainly scream LaFerrari, but the test car has smaller side vents with a different shape. The rear also mimics the LaFerrari for the most part, though there’s a curious dip at the base of the engine cover.

The most interesting clues on this test car are far more subtle. Take a look at the wheels and you’ll see five lugnuts where a single centerlock lug should be. Also, note the blue triangle sticker behind the side glass – that identifies this vehicle as a hybrid. That isn’t necessarily a big deal since the LaFerrari was also a hybrid, but if this is a test mule for a future Ferrari hypercar, then we know electrification will endure as part of the formula.

With that in mind, what kind of performance can we expect? When the LaFerrari arrived in 2013, it entered a world where 1,000-horsepower (735 kilowatts) was the hypercar benchmark. That bar has since been raised considerably, so a screaming V12 with electric assist well over 1,000 hp is a virtual guarantee. As for when we’ll see it, Ferrari already said a new hypercar was coming after 2022 so we still have quite a bit of time before learning about the true nature of this latest Prancing Horse. Knowing Ferrari, it should absolutely be worth the wait.