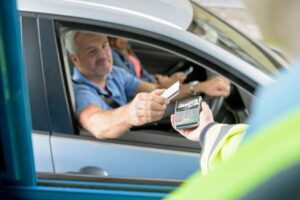 Ben Nelmes, spokesperson at electric car firm New AutoMotive said the Government should “start having a conversation” around road pricing. However, he warned discussions should start “sooner rather than later” so drivers were aware of “what the deal is” before buying their models.

Speaking to Express.co.uk, he said: “Road pricing is a problem that the Treasury will have to deal with

“Road pricing is one of a few solutions that could work.

“I think we need to start having that conversation as a country.

“The Government should start having that conversation sooner rather than later so that people know if they are thinking about making their next car electric they know what the deal is.

“They know how it’s all going to work and people can start to understand that.

“As I say, one of several solutions.”

However, the DfT has previously claimed motoring taxes would need to “keep pace” with the change on the roads.

The Transport Select Committee is bringing together evidence on road pricing this Autumn and will soon publish their report into the scheme.

The report will consider the economic, environmental and social impacts of the scheme.

It will also look into the level of public support for road pricing as this “needs to be considered”.

This suggests any form of road pricing could include charges for electric vehicles.