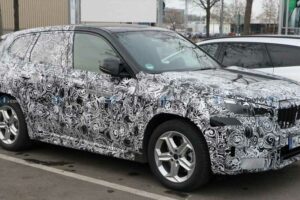 The upcoming all-electric BMW iX1 lost a bit of camouflage the last time our spy photographers captured it out testing, but a new batch provides our best look yet at the new crossover. Our photographers caught the crossover sitting in an Ikea parking lot, allowing for some up-close shots of the exterior and the interior. However, the iX1’s camouflage and dash coverings don’t conceal many secrets.

The iX1 looks like your traditional BMW crossover that’s been washed and shrunk in the dryer. The EV looks like it’s adapting the larger 2022 iX3’s styling cues to its smaller frame, borrowing the closed-off grille and blue accents. The rear remains heavily camouflaged and cladded, making it difficult to see the taillights, though they are similar to the iX3’s. 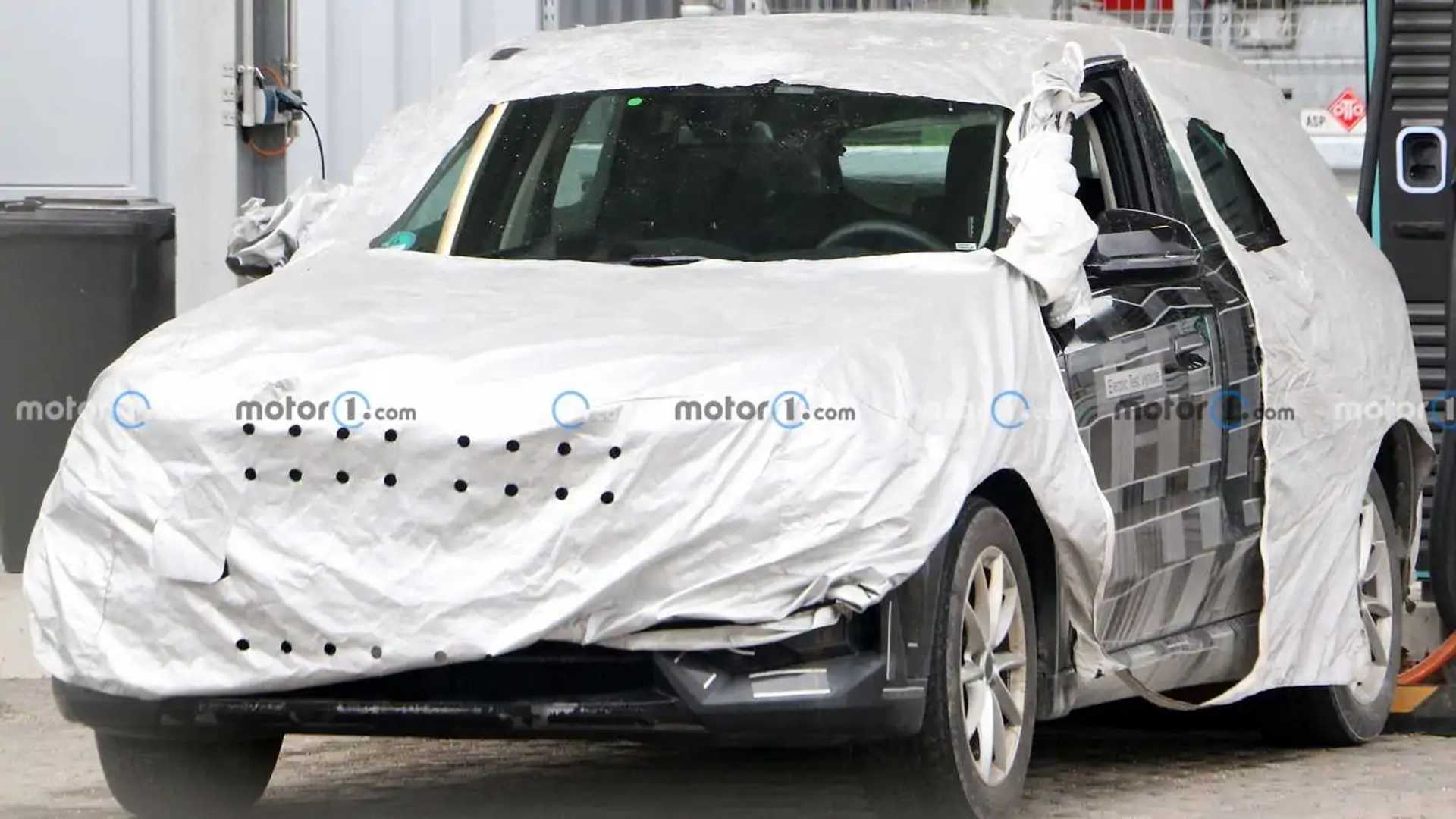 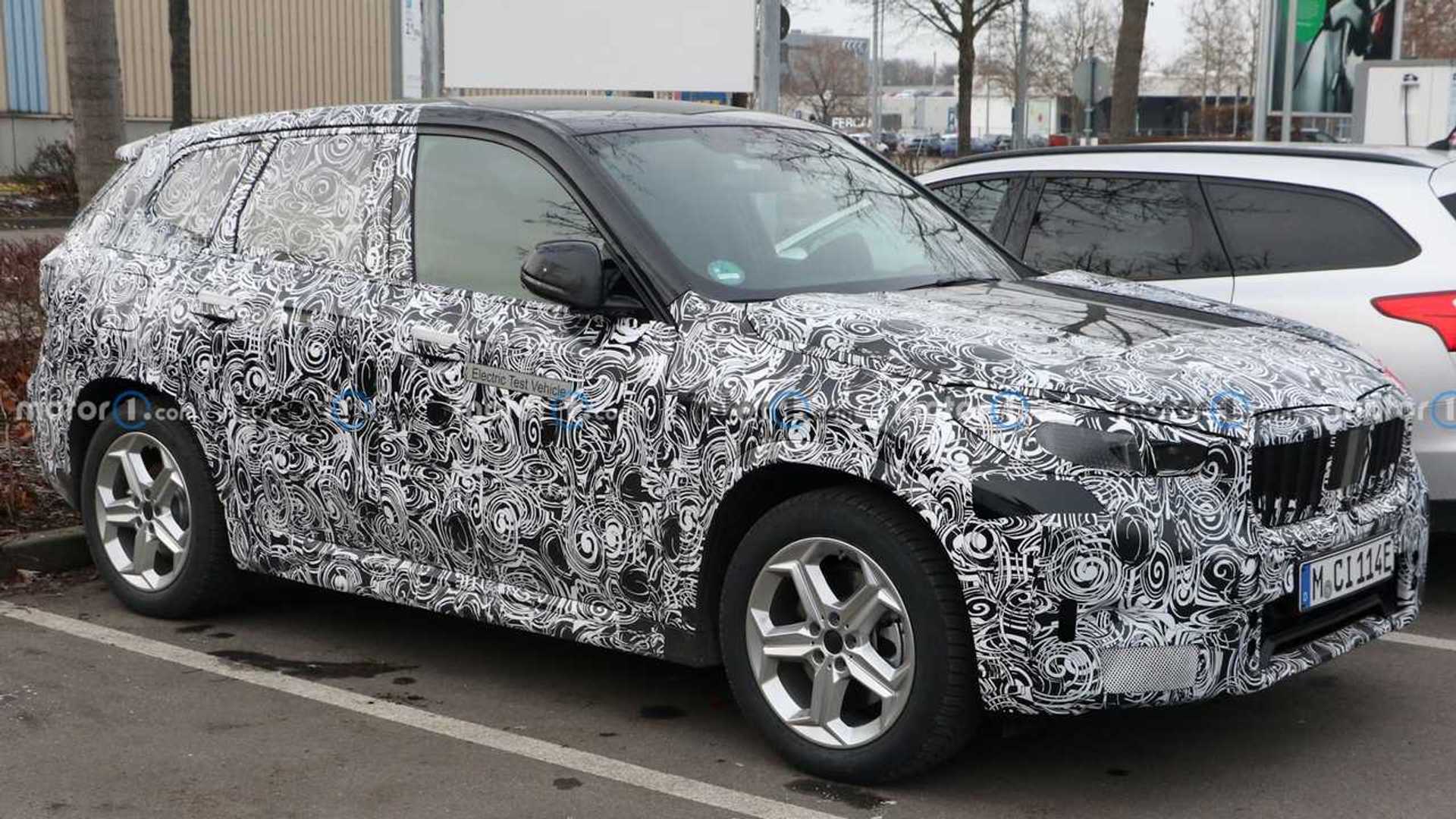 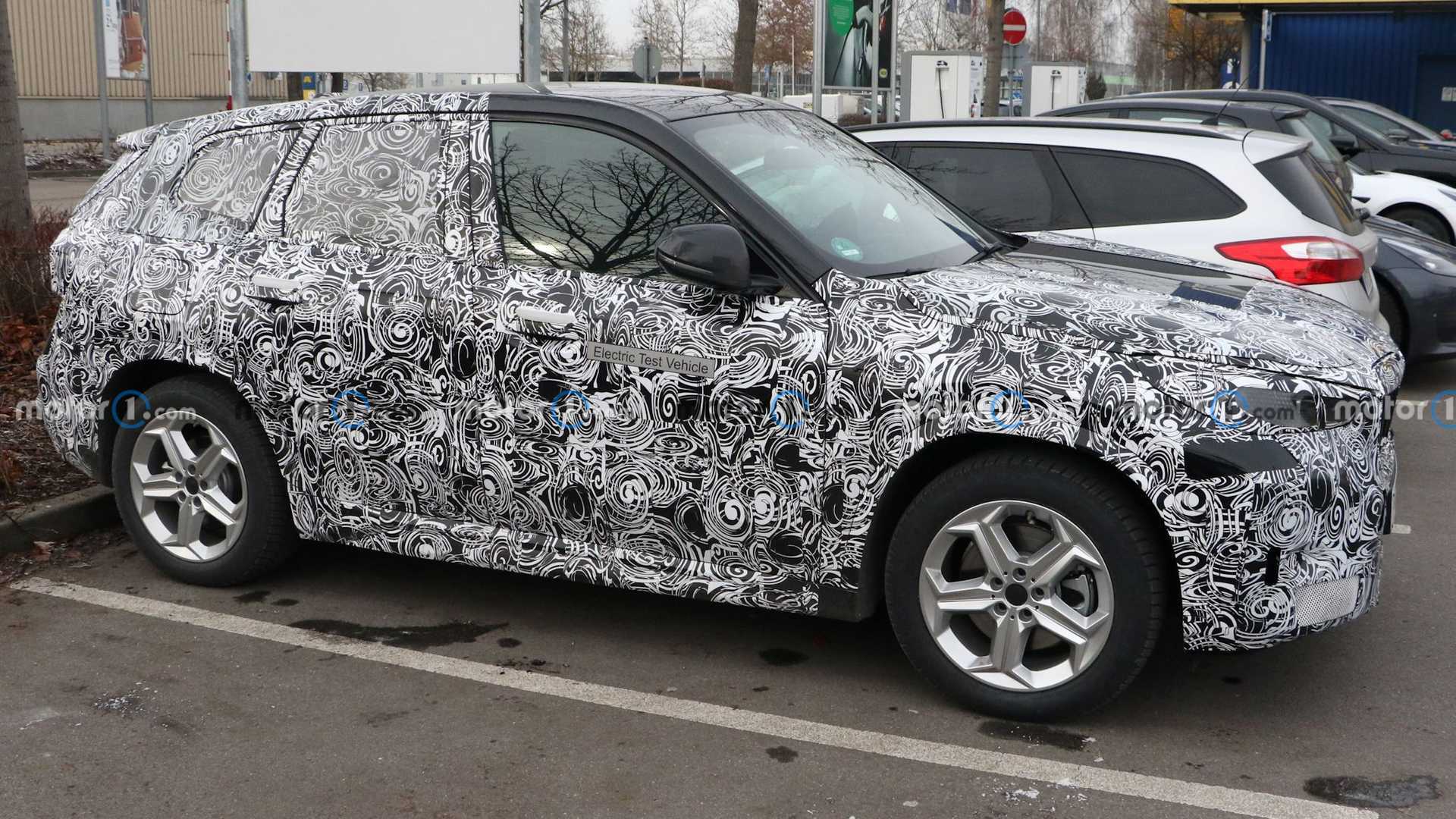 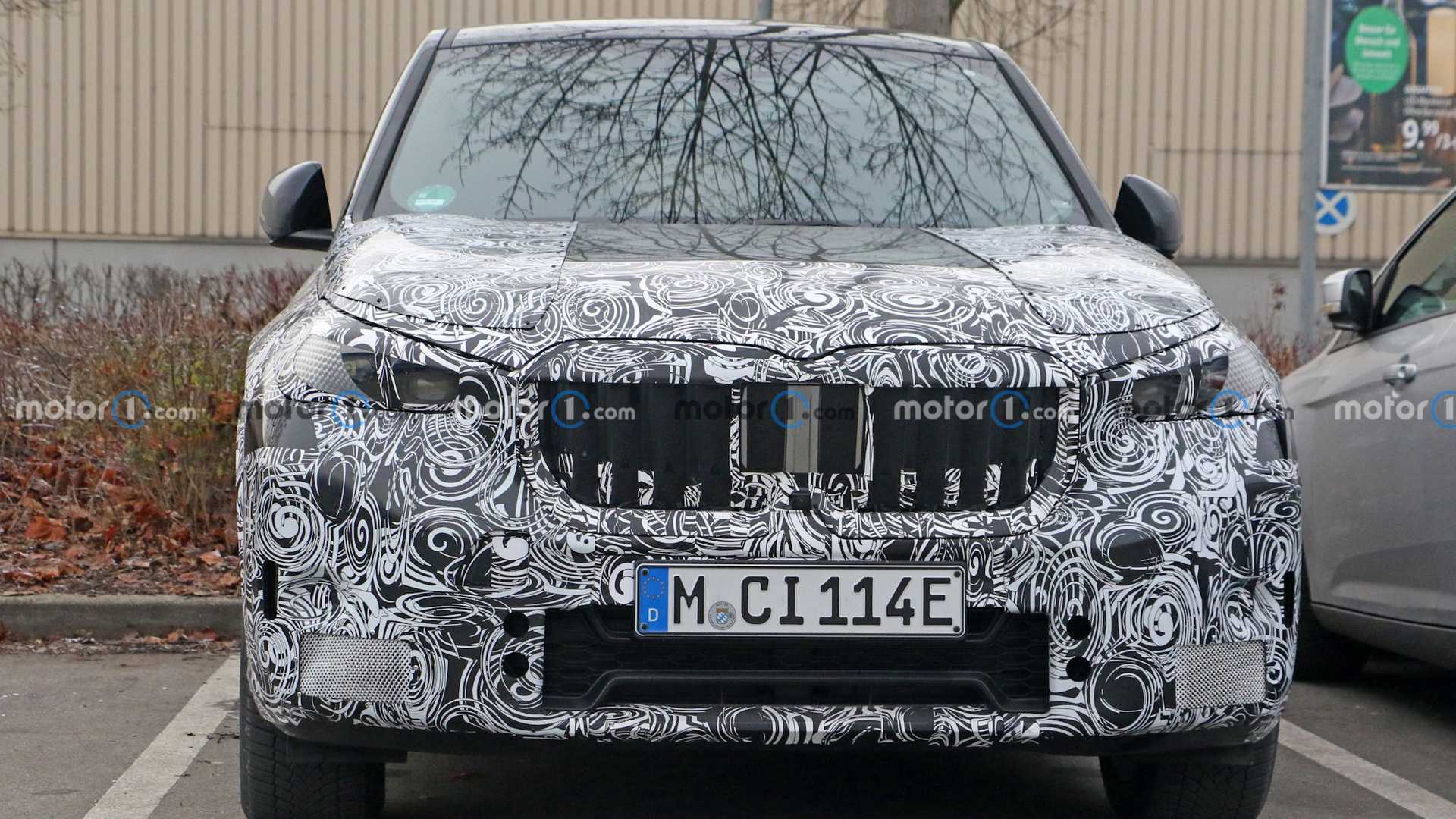 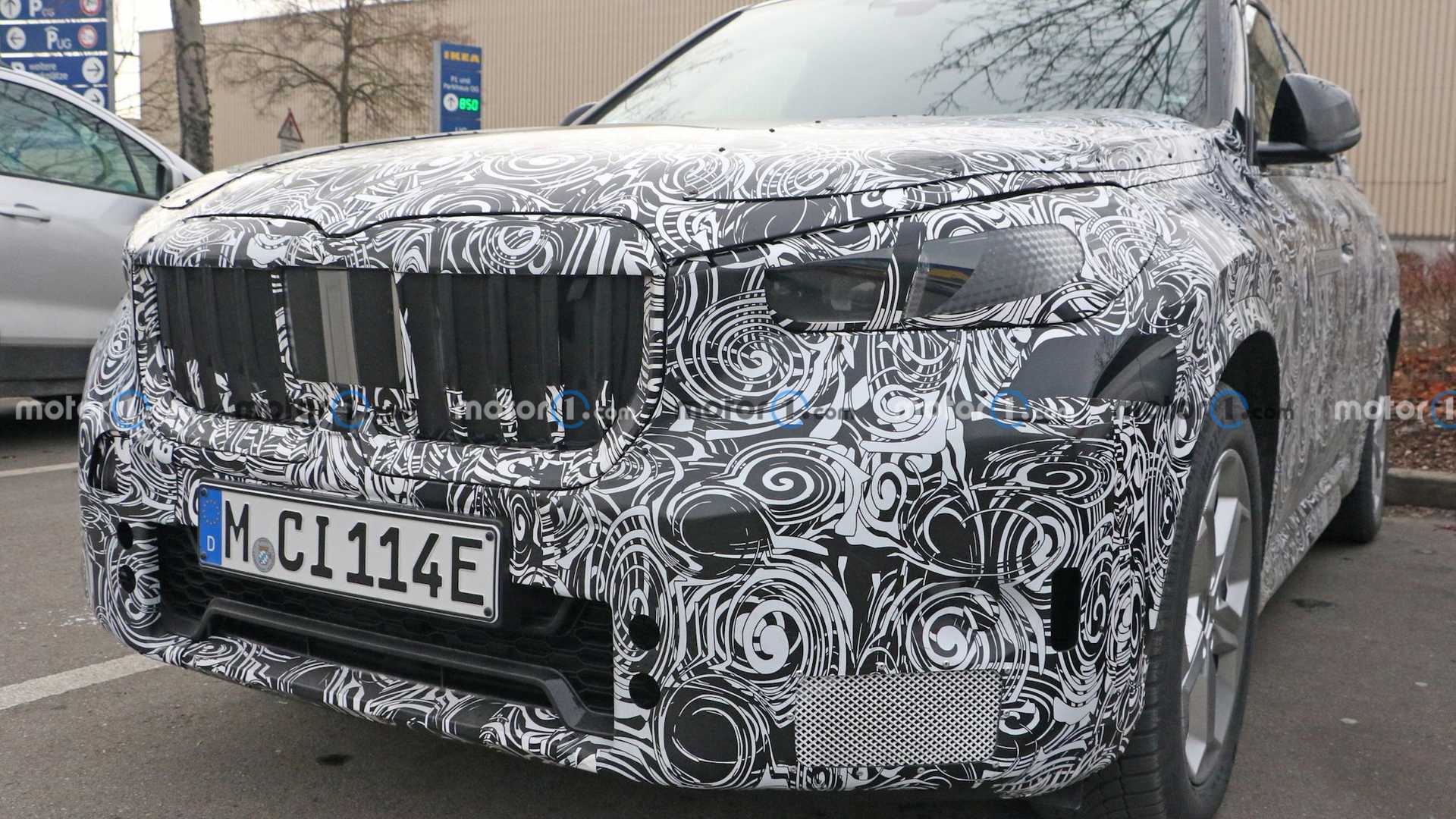 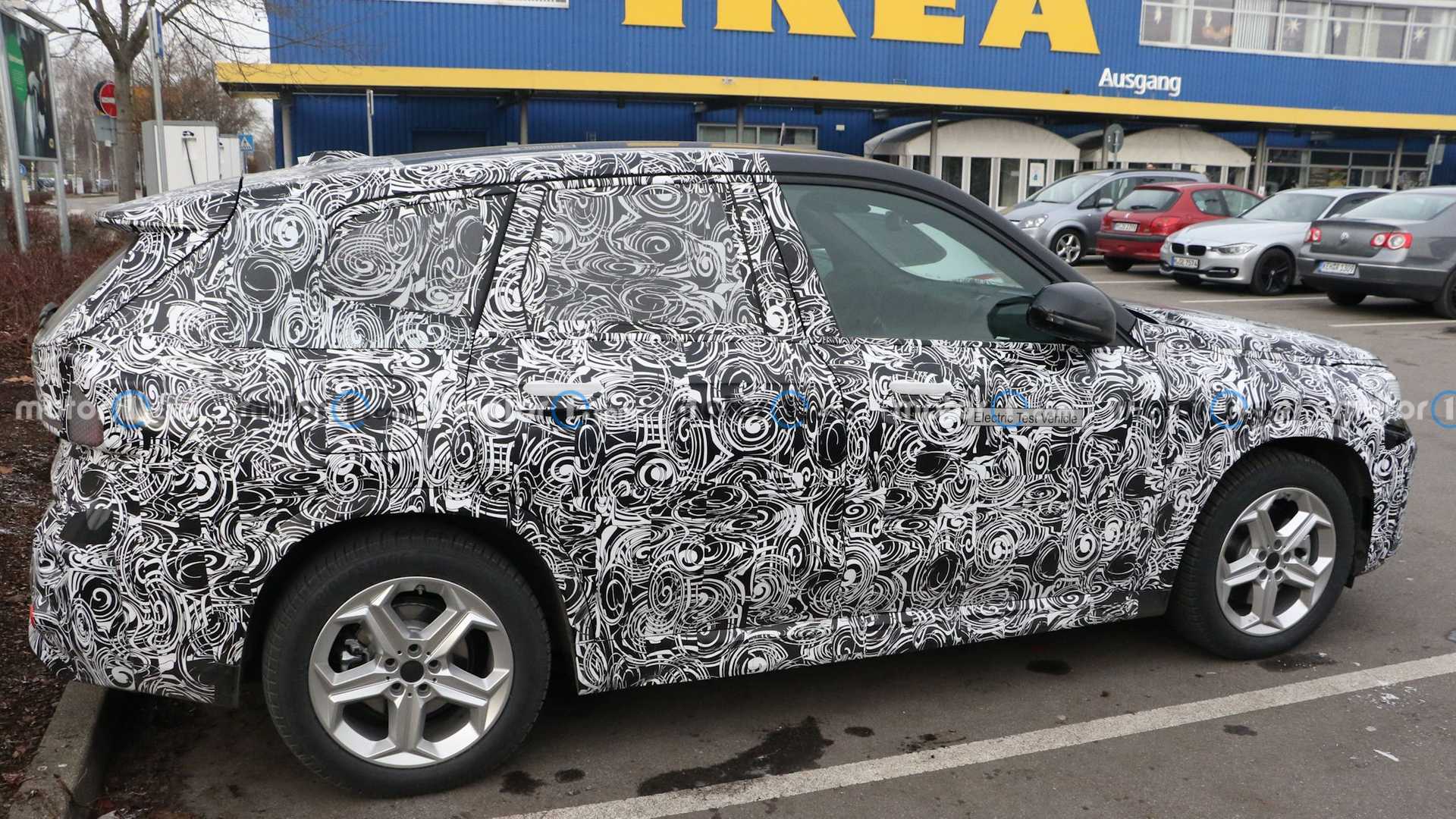 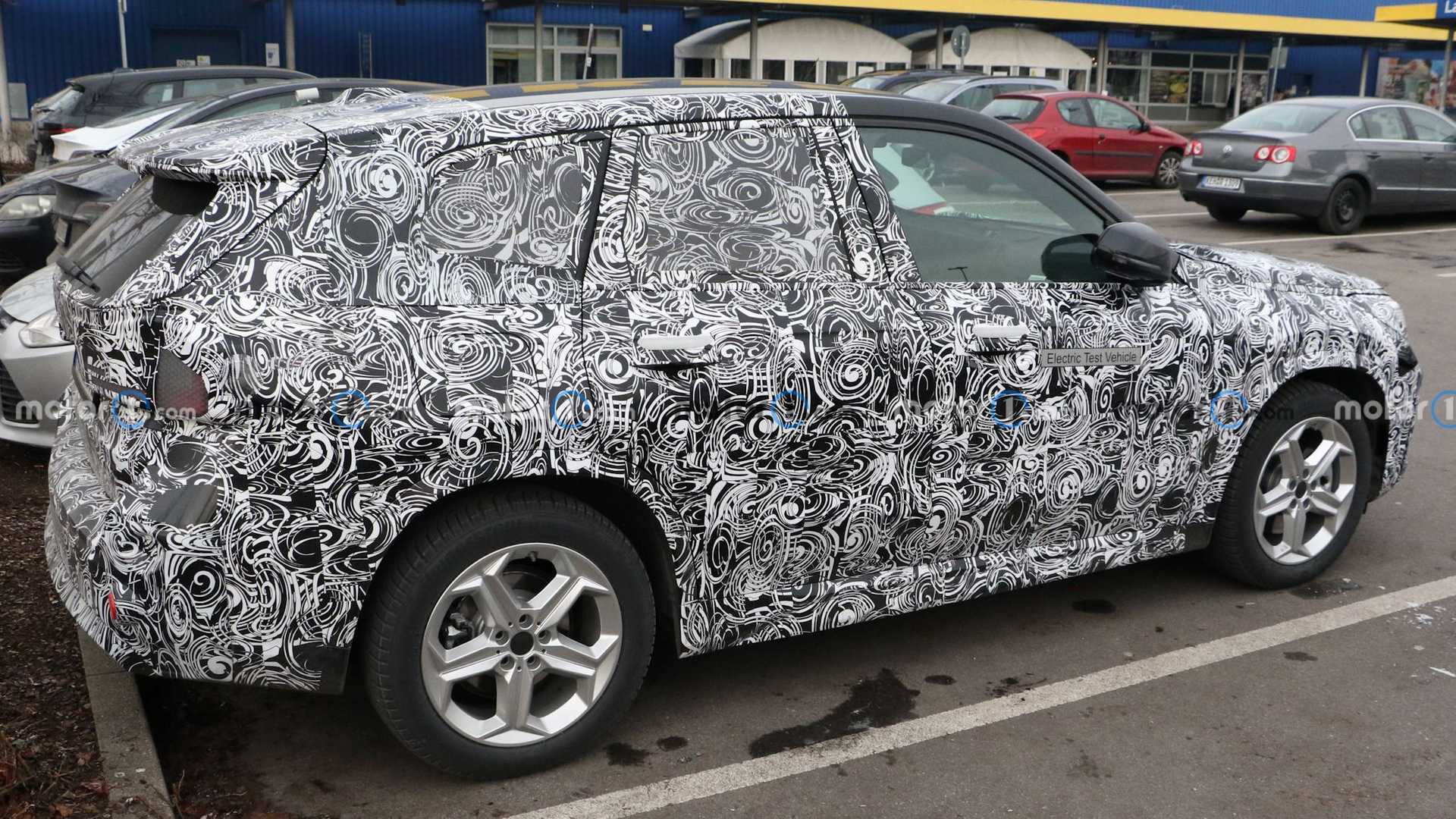 A photo of the interior shows an identical cabin to the one in the 2 Series Active Tourer. There’s a large dual-screen glass display spanking two-thirds of the dash with a floating center console and instrument panel. Cloth coverings hide the screens, IP, and steering wheel, but they’re unmistakable.

The iX1’s smaller footprint will likely affect its battery size, meaning it could have a reduced range. BMW has been tight-lipped about powertrain details, but speculation alleges that the automaker will offer the model with both single- and dual-motor options, with the twin-motor setup being more powerful. The company could also offer it different battery pack sizes, but nothing is certain yet.

It’s been well over a year since we first saw the iX1, but it might not be long before it debuts. Judging by the photos, the crossover looks production-ready. However, it’s unclear when BMW might introduce it. It could happen as soon as March or April, or sometime before the end of the year. BMW also has the conventional X1 that’s nearing its reveal. The iX1 will join BMW’s growing EV lineup and give the automaker an important electrified offering in a vital segment.