Home » Car Reviews » New BMW i5 Spy Photos Catch The EV Sedan Up Close, Inside And Out

New BMW i5 Spy Photos Catch The EV Sedan Up Close, Inside And Out 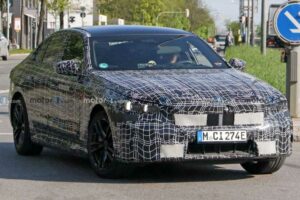 We haven’t seen many BMW i5 prototypes in public, so when one crops up, it gets our attention. Our spy photographers recently caught a test vehicle in Germany and were in the right place at the right time. As a result, we have some crisp, detailed images to share.

BMW still hides design details with a full-body camouflage wrap, but the headlights are different compared to previous prototypes. We see bracketed daytime running lights in these lenses, which we believe represent the production units for the i5. The same up-close images also show the extent of camouflage BMW uses on these test cars. There are false panels with visible screws all over the hood, and down low along the sides. The front fascia is similarly concealed, but the close perspective allows us to zoom in, revealing a bevy of sensors that could support early rumors of the i5 offering Level 3 autonomous functionality. 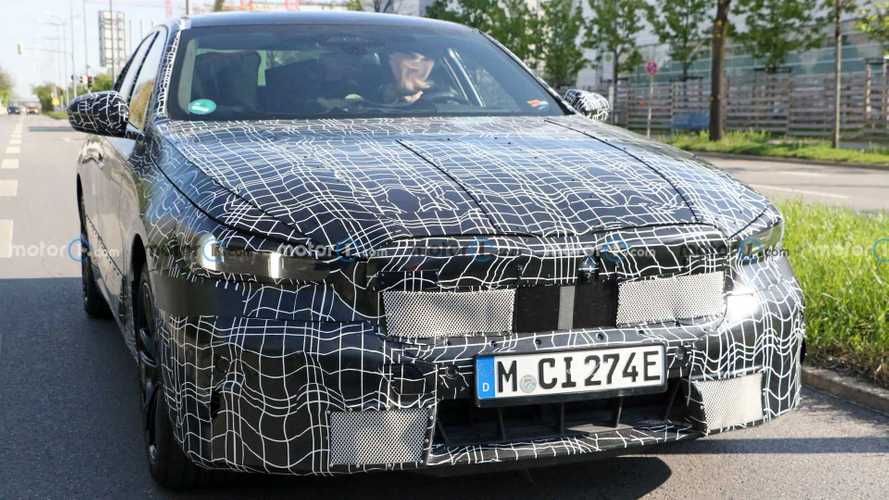 This fresh set of spy shots also takes us inside, though admittedly, much is covered. It should come as no surprise to see a pair of digital screens for the driver display and infotainment system. The arrangement appears quite similar to the new i7, with the screens positioned forefront on the dash with a slight curve to favor the driver. Controls on the center console poking up through covers also resemble the i7’s layout. The steering wheel is similar to the one used in the current 5 Series, though it may not be production-spec.

Speaking of the 5 Series, the all-electric i5 should offer similar styling to its internal-combustion counterpart. The next 5er shares its platform with the i5, giving buyers a choice of gasoline, diesel, or electric power in a familiar sedan package. It’s a stark contrast to the EQ models from crosstown rival Mercedes-Benz, which utilize different platforms and have a very different look from their ICE siblings.

There is little information at this point regarding power or range for the i5. There is a rumor that the hottest M version could utilize a three-motor layout to generate over 700 horsepower. Considering the i7 recently launched with a dual-motor platform making 536 hp, 700 hp in a performance-oriented i5 doesn’t seem like a big step up.

Unfortunately, we likely have many more months before our questions are answered. Sources tell us we won’t see the i5 revealed until 2023, debuting as a 2024 model.