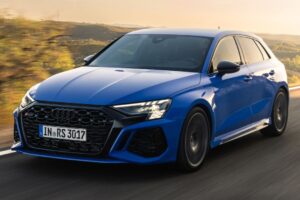 The Audi RS 3 Performance Edition is an exclusive version of an already talented hatchback, but it's sadly not coming to the UK