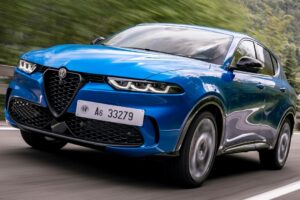 The new Alfa Romeo Tonale SUV arrives to take on the BMW X1 and Audi Q3, but what’s it like on the road? We find out…