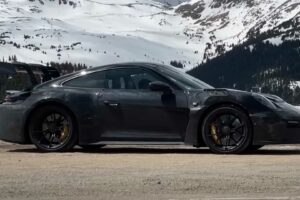 The last time we saw the Porsche 911 GT3 RS, it was hustling around the Nurburgring race track. That’s the car’s natural habitat, but a new spy video from TFLnow captures the high-performance coupe somewhere you wouldn’t expect it – high in the mountains.

Porsche hasn’t done much to hide the car’s wicked styling, and there are plenty of signs it will have a host of significant upgrades over the standard GT3. The big wing hanging off the back is the attention-grabber, but the car will have several tweaks that help its aerodynamics and cooling. The swan-neck wing could be capable of making active adjustments, switching between high-and low-downforce configurations. 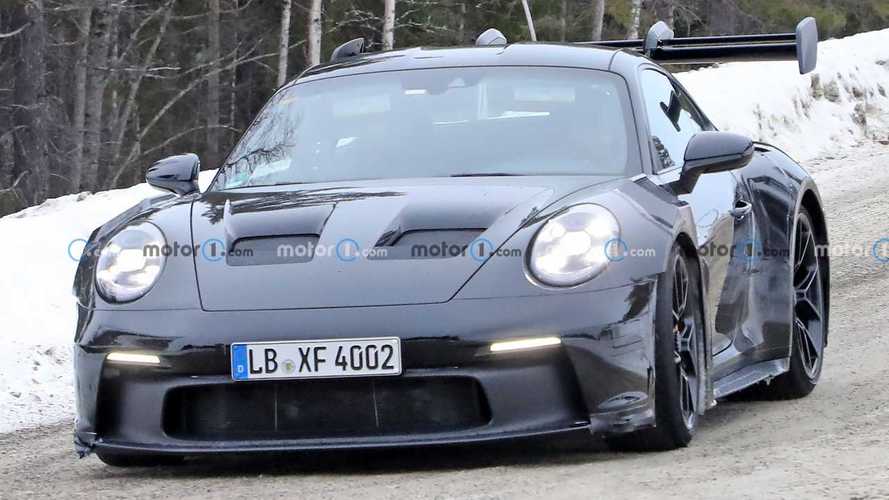 While it looks like the Porsche is fully exposed, the automaker still conceals the coupe’s finer details under the devious black tape. Many of the car’s visual upgrades are designed to enhance the car’s performance. Extra ductwork and vents improve airflow around and through the car while keeping everything at the correct operating temperature. The rear fenders will have vent openings, too, but they’re one of the few styling bits Porsche is hiding.

We don’t know what powertrain the GT3 RS will arrive with, but it should be the naturally aspirated 4.0-liter flat-six. Rumors suggest that it’ll spin to 9,500 RPM; however, we’re clueless about its output. The car isn’t about all-out power and blistering quarter-mile times.

It should make close to the previous-generation GT3 RS’s output of 520 horsepower (387 kilowatts). Porsche could wring a few extra ponies out of the powertrain for the new model, and it sounds like Porsche will pair the engine with a dual-clutch gearbox. Everything about the car is designed to improve its chances around the race track.