New 2022 Maserati Grecale SUV squares up to the Porsche Macan 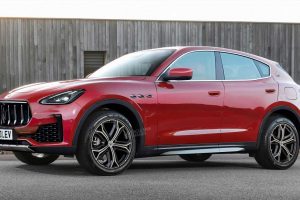 The Maserati Grecale will wade into the mid-size crossover segment with V6, hybrid and pure-electric power, and our exclusive image previews how it could look when it arrives in 2022 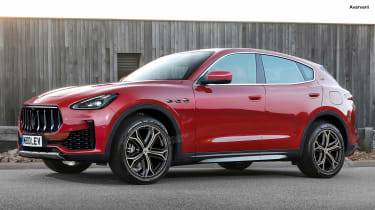 Maserati has revealed plans for a new mid-size premium crossover, which will slot into the company’s line-up beneath the Levante. Called the Maserati Grecale, it will compete against established rivals such as the Porsche Macan and BMW X3 when it reaches the European market in 2022. Our exclusive image previews how it could look.

The Grecale will be built on the same platform as the Alfa Romeo Stelvio, but it’ll be powered by the same twin-turbocharged 3.0-litre V6 engine used in the recently launched MC20 supercar. Performance figures for the SUV are yet to be confirmed – but the Nettuno engine is capable of producing 622bhp and 730Nm of torque.

Like the MC20, Maserati will also offer the Grecale with a pure-electric powertrain. Power and torque figures for the electric model are yet to be confirmed, but Maserati has suggested that the architecture will feature the latest 800-volt technology (like the Porsche Taycan) and support up to 300kW rapid-charging.

The Grecale will also introduce a new badging structure for Maserati. From 2022, all of the company’s pure-electric models will carry the “Folgore” suffix which, rather fittingly, translates from Italian into English as “lightning.” 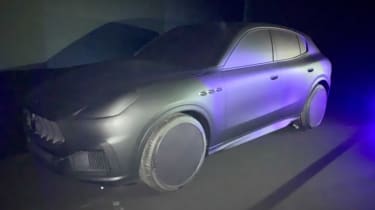 To bridge the gap between the two extremes, Maserati will also offer a range of electrified powertrains. Again, specifications are unconfirmed, but one option available to Maserati is the 325bhp 2.0-litre mild-hybrid petrol engine from the Ghibli, whose mounting points are compatible with the Stelvio’s platform.

Maserati has set  a number of targets for the Grecale; the company claims it will have the greatest top speed of any SUV in its class, while also being the fastest accelerating, best handling and most spacious. Ambitiously, Maserati also plans to go up against the Germans in terms of technology, claiming the Grecale will offer the best in class sound system.

Judging by these images, the Grecale will feature the usual Maserati styling cues. Up front, there’ll be a broad, slatted radiator grille and vented wings. The SUV’s rear looks akin to the Levante’s with a similarly shaped tailgate, diffuser and quad-exit exhaust system.

Maserati’s teaser for the new Grecale follows the company’s recent announcement on its product strategy. The brand says it will introduce 13 new cars over the next three years – seven of which will be unveiled before 2022. Maserati’s revamped range will also include a host of new hybrid models and a replacement for the Gran Turismo.