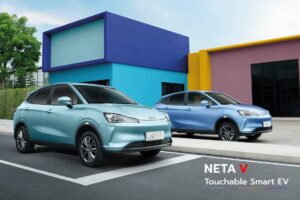 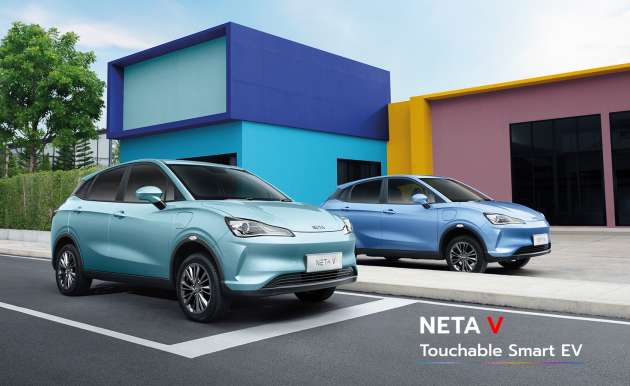 The Neta V electric car has been launched in Thailand. The EV is a product of China’s Hozon Auto, which Thai energy giant PTT has a partnership with. According to local reports, the Neta V will be a CBU import from China for the first two years, before CKD production by Arun Plus – PTT’s EV subsidiary – begins in the kingdom.

With those output figures, the Neta V won’t be one of those super fast EVs. Indeed, manufacturer figures put 0-50 km/h acceleration at 3.9 seconds and a top speed of 101 km/h, making it a strict city car. Range is 384 km in the NEDC, which typically shows higher numbers than the WLTP standard most carmakers use these days (WLTP range is typically around 20% lower). Not the highest then, but good enough for a city car with home charging facilities. 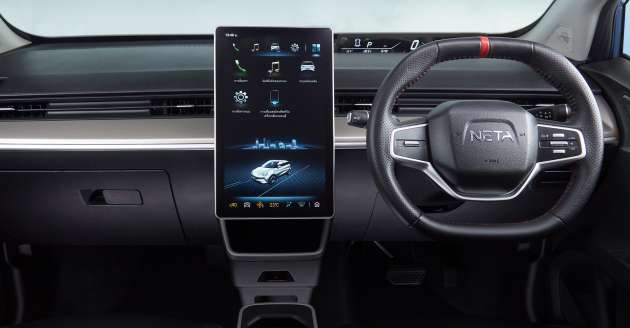 Speaking of charging, the Neta V has a CCS2 plug and the quoted AC charging time from 0-100% is eight hours. DC fast charging from 30 to 80% SOC takes 30 minutes. A 3,300-watt V2L power output function means that the EV can power your gear.

Theres no way of guessing the size of the Neta V without looking into the spec sheet, as it’s a rather oddly shaped crossover of a car. It’s actually rather small. At 4,070 mm long and 1,690 mm wide, the EV is 95 mm shorter and 40 mm narrower than a Toyota Yaris. It’s 40 mm taller than the B-segment hatch, though. Boot capacity is 335 litres, expandable to 552 litres with the rear seats folded.

So, the kit list for the single-spec Neta V isn’t very long, but then again, it’s very cheap for a regular sized EV, less than half the price of the base Hyundai Kona Electric. What do you think – would something like this make it in Malaysia?