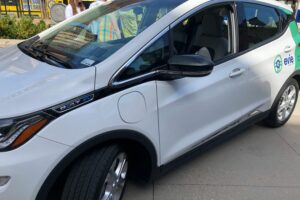 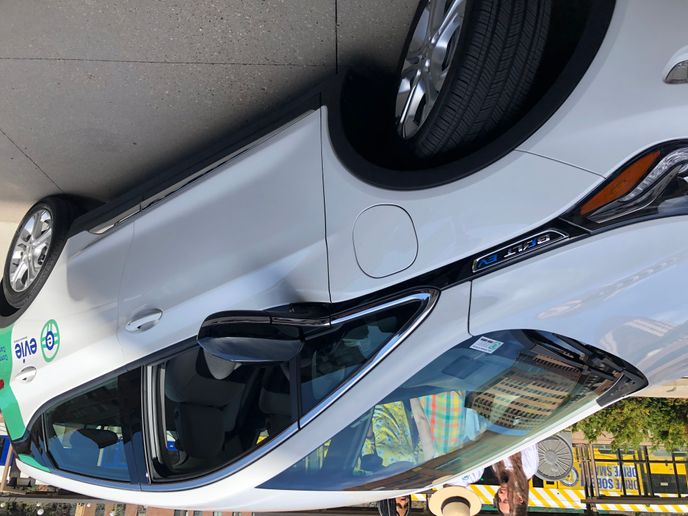 On a beautiful blue-sky day with the Mississippi River and the historic Union Depot transportation hub as a backdrop, the Twin Cities (Minneapolis and St. Paul) collectively ushered in a new era of mobility geared toward those who need it most — the unemployed, underemployed, carless, low-income citizens and neighborhoods strewn along the I-94 corridor between the metros. 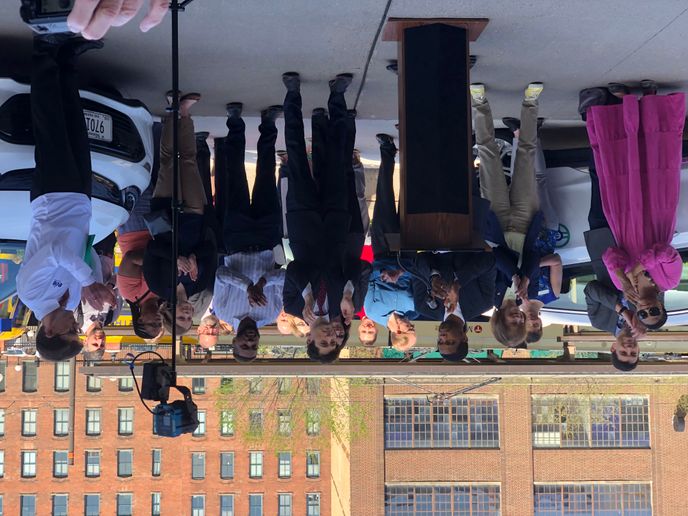 Mayors Melvin Carter (St. Paul) and Jacob Fry (Minneapolis) took to the lectern along with Senator Tina Smith (D-MN) and several community stakeholders as the bells from the Green Line light rail system clanged in the breeze. According to the website, the Spot Network is “a series of 70 renewably powered curbside EV Spot Charging locations within St. Paul and Minneapolis that offer public access to the all-new Evie carshare service and the EV spot electric charging stations." The Evie Spot Network will be operated by HourCar, a carsharing service and early adopter of affordable mobility. HourCar president and CEO Paul Schroeder was also on hand. 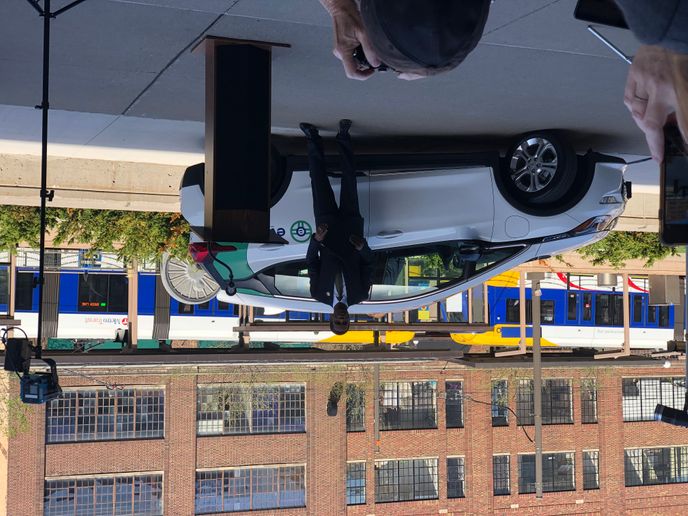 St. Paul mayor Melvin Carter steps out of one of the new Evie Spot Network Chevy Bolts in downtown St. Paul on Friday, May 13th.

Citing the network as one of the culminating forces from the 2019 St. Paul Action & Resilience Plan, mayor Carter announced the program’s “sustainable efforts would help build a better future” for city residents and that shared, sustainable, electric mobility would help “blaze a trail” for other cities and citizens alike.

Ninety percent of the charging stations were built near the highway specifically in low-income areas, and 12 of the newer stations have DC fast-charging capabilities. Built with heavy input from local communities, Carter summarized how community action combined with federal dollars and local, state, and national grants and the Bloomberg Philanthropies American Cities Climate Challenge (ACCC) created the perfect opportunity to “name a moonshot” and get the project underway, citing “reasonable, realistic stuff” to get people invested and to begin work on the infrastructure financing with partners galvanized to see the network through for a “sustainable and resilient future” of increased mobility. 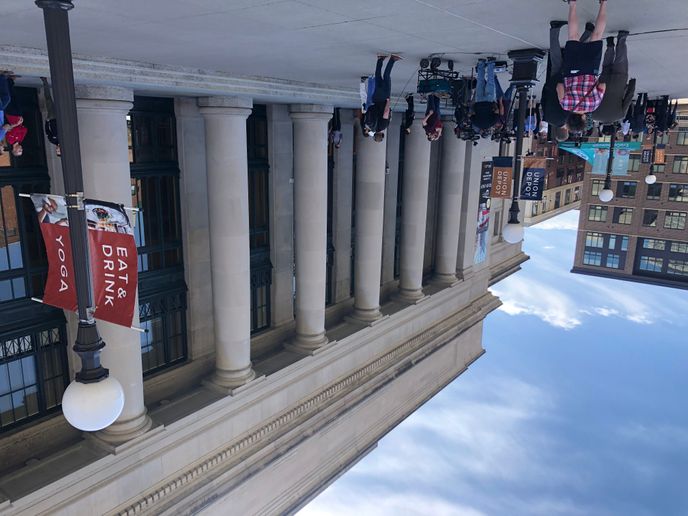 Cast against the historic Union Depot transportation hub in downtown St. Paul, a pair of Chevy Bolts soon entered the plaza with the Mississippi River on one side of the depot and the city Green Line light rail on the other.

Mayor Carter was excited about the opportunity to turn ecologic crisis and socioeconomic intracity challenges into an opportunity for more citizens to attain and keep jobs and to access healthcare and other essential services. 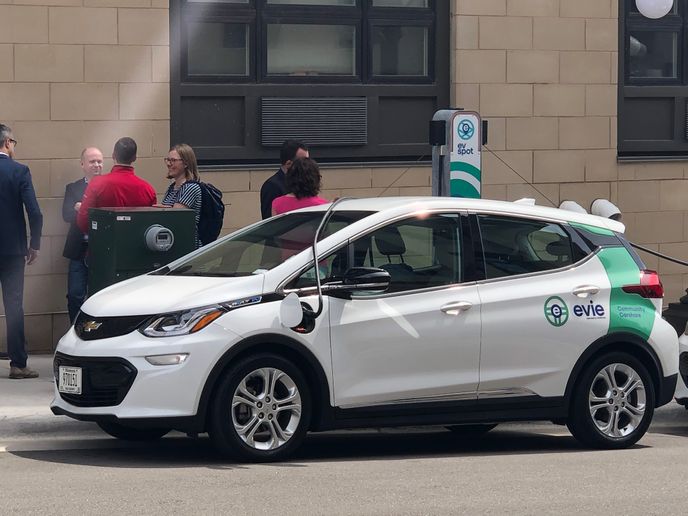 After the podium speeches were done, the Bolts moved down the street to a pair of Evie Spot Chargers located on the eastern edge of the Spot Network.

Paul Schroeder, president and CEO of HourCar, said, “Friday the 13th is a perfect day to launch the Evie Spot Network; we can’t hope to just get lucky and solve our problems.” He hoped the network would eventually replace 22 million miles of carbon-emitting transport per year and reduce tens of millions of tons of carbon dioxide pumped into the air, helping St. Paul city services achieve net carbon neutrality by 2050 and improving the lives of all who enter the four-door hatchbacks (Chevy Bolts and Nissan Leafs).

The 70 Spot Chargers are "rugged and impressive" according to St. Paul mayor Melvin Carter. Twelve of them feature DC fast-charging capabilities.

“We owe it to future generations to be able to answer the question, ‘what did you do when the world was burning?’ " Schroeder said. 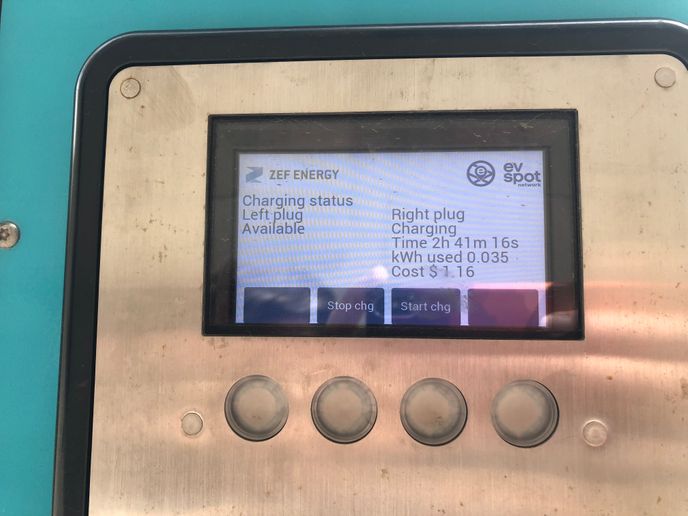 Close-up view of the readout of a vehicle charging.

Mayor Carter later noted the network already had over 3,000 subscribers before the official launch. The pandemic set the launch back but also allowed HourCar to reduce entry prices and fees by about 40%, further lowering the barriers to achieving mobility through the network. 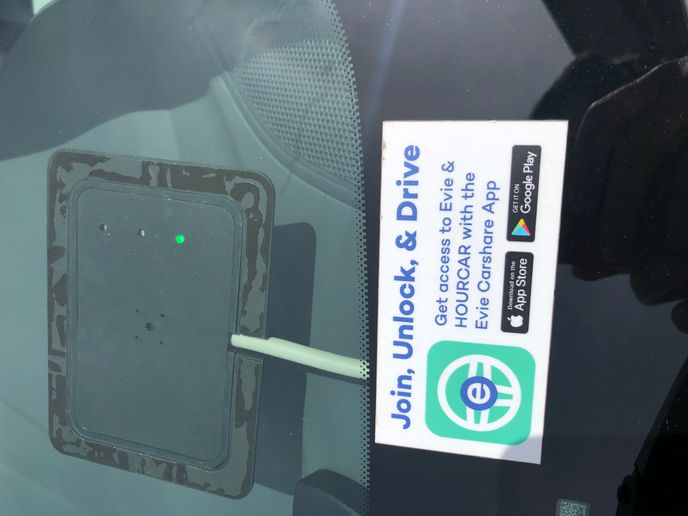 The barriers to joining the Evie Spot Network are quite low, beginning with a one-time fee of $25 and a maximum subscription of $30 per month. Most plans are $2-$10.

There was only a three-day window for procurement with General Motors, which helped provide Chevy Bolts (pictured). Schroeder said he expects to see Nissan Leafs on the road as well.

The Evie Spot Network is a membership service available on Android and IOS. Membership options include individual ($0-$30 per month), student ($6 per month), and business ($2-$5 per month), all pending basic ID upload, application approvals, and a one-time $25 fee. Using the app or metro GoTo card (city light rail and city bus transport), the Evie app/program covers the cost of parking, charging, insurance, and maintenance. Trips are billed by the minute, hour, and day, and adjusted based on the plan selected. Each plan can be updated every 30 days. 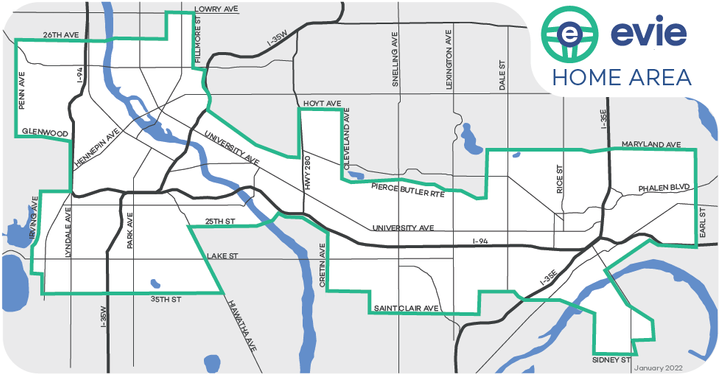 The Evie program is intended for one-way journeys within and around the I-94 corridor between Minneapolis (west) and St. Paul (east).

Other notable stakeholders, investors, and partners in the Network include Xcel Energy, the McKnight Foundation, 3M, Bloomberg Philanthropies, the MNDot Advisory Council, and more.