NACTOY Announces 38 Vehicles Are Eligible For The 2022 Awards 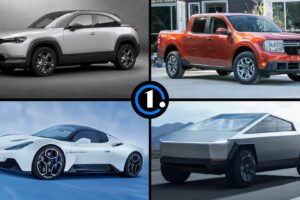 The field includes 18 SUVs and crossovers, 12 cars, and eight trucks.

The 2022 North American Car, Truck, and Utility Vehicle of the Year Awards will announce the winners of each category this January. However, one needs a field of candidates to choose from in order to select some winners, so NACTOY has today announced which makes and models would be eligible for this award season. The candidates include 12 cars, 18 crossovers, and eight trucks, with a mix of mainstream and emerging automakers.

“The high numbers of both electric vehicles and new manufacturers make 2022 especially exciting and difficult to predict,” said NACTOY President Gary Witzenburg. This year’s field includes newcomers such as Lucid, Rivian, and Karma, while there will be at least nine fully electric models competing. This year also sees a slew of new pickups that don’t include the Chevy Silverado or the Ram 1500. However, the field does include two new compact offerings – the Ford Maverick and Hyundai Santa Cruz. Both are the result of the growing truck market.

Jurors will whittle down the list to a group of semifinalists that will be announced in September before the 50 jurors gather to test the vehicles further this October. The NACTOY will announce the finalists in November before declaring which makes and models won next January.

Car of the Year Contenders

Truck of the Year Contenders

Utility of the Year Contenders

North American Car, Utility, and Truck of the Year Awards