Musk Tells Rivian To Get One Plant Working Before Building Another 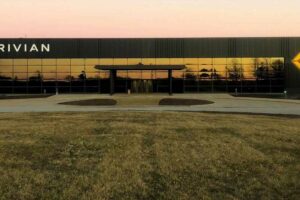 The Tesla founder and CEO made these comments after Rivian announced it was looking to build a second US factory.

Rivian has yet to deliver a single customer vehicle, but it’s already eyeing locations to build its second factory in the United States, as well as its first one in Europe, which will most likely be built in the UK. However, this is not a good strategy, according to Tesla’s Elon Musk, who tweeted Rivian some advice.

Musk said that in his experience, it’s better to ensure your first production location is not only running but to also reach volume production while keeping the cost down. This is what Tesla did when it began large scale production of its first vehicle, the Model S, at its factory in Fremont, California, which is the former NUMMI plant originally opened by GM and Toyota back in 1984.

What prompted Musk to make this comment was the recent news that Rivian had, in fact, already gone ahead and submitted plans for a factory near Fort Worth, Texas. Rivian said that the exact location was yet to be settled upon, but that the factory would produce 200,000 per year from 2027 and create some 7,500 jobs once at full capacity.

The project is expected to cost Rivian some $5-billion and Fort Worth will contribute some $440-million if the company builds in the area.

But is Elon Musk right? Should Rivian put off starting work on a second plant until it successfully ramps up production at its first plant? Well, that would be the most cautious path to take, and it would ensure the company is building vehicles and the creation of a steady revenue stream.

Rivian has still not started producing vehicles at anywhere near maximum capacity at its Normal, Illinois plant. It plans to have some 20,000 vehicles roll out of the factory in 2021, but that’s way off the 400,000 vehicles the plant is capable of churning out.