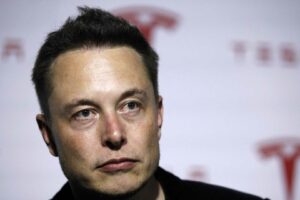 You wouldn’t expect the head of a major electric vehicle manufacturer to advocate an increase in oil and gas production, yet that’s exactly what Elon Musk tweeted about last week.

Tesla CEO said the United States needs to increase oil and gas output immediately to decrease dependence on Russian supply, despite the negative effect such a move could have on Tesla. Musk’s reasoning is that “sustainable energy solutions simply cannot react instantaneously to make up for Russian oil & gas exports.“

The billionaire tweeted that “extraordinary times demand extraordinary measures,” referring to the war Russia is waging in Ukraine that is largely financed with revenue from selling oil and gas. The United States is reportedly importing 650,000 barrels of oil a day from Russia, indirectly contributing to the funding of the war in Ukraine.

With the US being the world’s largest producer of both oil and gas, the obvious question is why it is importing hydrocarbons from Russia at all. Unfortunately, we are not oil and gas industry experts so that’s not a question we have an answer to.

What’s certain is that Musk’s tweets garnered a lot of attention, including from Republican Congresswoman Lauren Boebert, who suggested that the US is effectively funding Russia’s war effort by buying Russian oil and gas.

In the context of over-reliance on Russian energy and ever-rising energy prices, Elon Musk also called on Europe to restart dormant nuclear power stations and increase power output of existing ones, a decision he sees as “critical” for national and international security.

He said the radiation risk is “much, much lower” than most people believe, adding that “nuclear is vastly better for global warming than burning hydrocarbons for energy.” Actually, Musk would be willing to put his money where his mouth is and go to the worst nuclear plant location and “eat locally grown food on TV.“