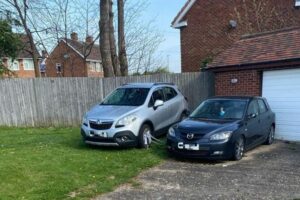 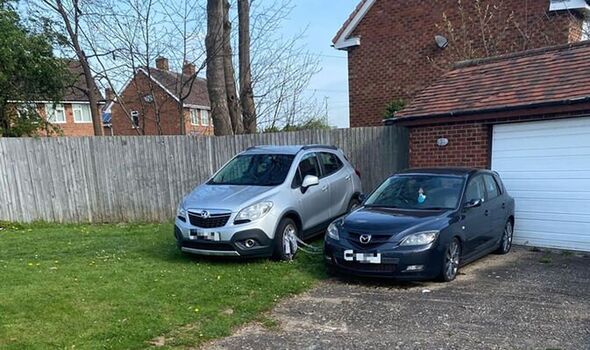 Debbie Flynn, who lives just 15 minutes from Birmingham Airport, shared her ire at how a stranger dumped the Vauxhall Mokka and hadn’t returned in nearly one week. However, she has since received an email from her landlord, who had forgotten he’d registered for a parking app years ago. A woman had since emailed him saying she has parked on his drive, gone on holiday and will be back next week.

Speaking since hearing from her landlord, Debbie told Birmingham Live: “I can’t believe it.

“The landlord has since been in touch and said that years ago he opened a parking app for his drive.

“He has just checked his emails and a female driver has emailed him saying she has parked on his drive, gone on holiday and will be back next week.

“My first thought when it happened was that it was my landlord. I did send him a text that wasn’t very polite but when the landlord made contact, he reassured me it wasn’t his car.”

Debbie and her partner Leon had originally put chains around the car’s wheels so the returning motorist would have to give an explanation for parking there, nut they’ve now removed them.

The driver had even last week unlocked gates to the driveway in Garrett’s Green, Birmingham, to park there.

Mum-of-two Debbie had suspected fraudsters had sold her drive as a cheap parking spot for the airport, after police confirmed the car was not stolen and her landlord said he knew nothing about it.

But parking apps, on which residents rent spaces on their property, have become a popular way to earn extra money especially for those living near airports, train stations and city centre sites.

West Midlands Police had initially told Debbie they were powerless to move the Vauxhall Mokka from the grass verge of their drive as it was a “civil and not criminal matter”.

If Debbie had affected the car while trying to move it, she would be liable for an offence of criminal damage under the current law.

Speaking when she first saw the car last week, Debbie said it was as if it “had just dropped out of the sky” and was “a complete mystery”.

“The cheeky g*ts opened my gate and parked it and shut the gates after leaving it on the grass,” the mum continued.

“The police officer who came to see us said he had never seen anything like this in all his years.”

A dad was angry to find a stranger had parked on his driveway, near Manchester Airport, last month.

Zekarias Haile, 51, thought the motorist had jetted off on a break from the hub.